Much of the conspiracy theory was presented without credible evidence and most of the links to missing persons are provably false. 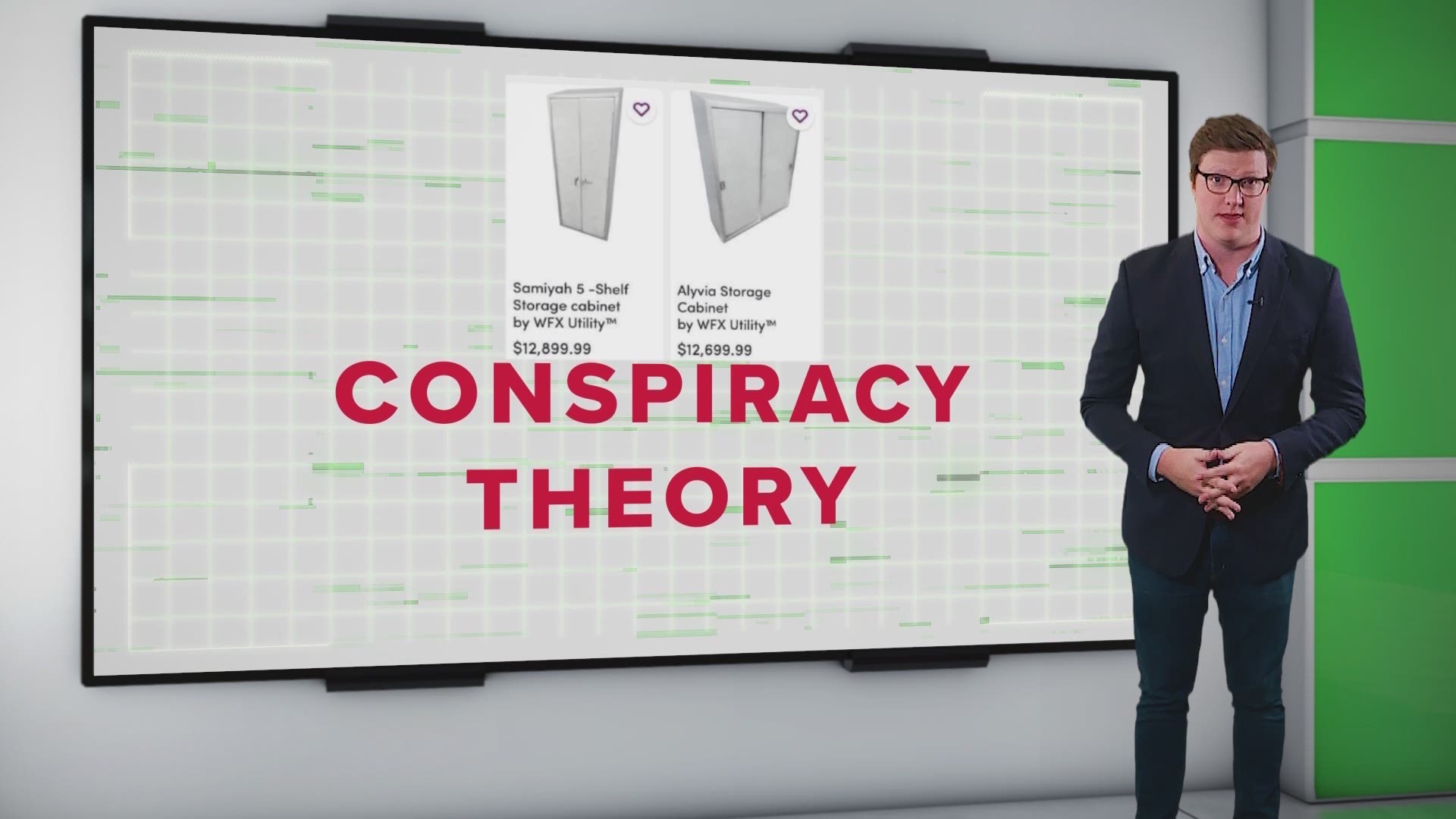 A claim that furniture and home goods store Wayfair is involved in human trafficking exploded on social media last weekend.

The claim asserted that expensive cabinets priced well over $10,000 were fronts for human trafficking. Names of missing people and a price far exceeding that of normal cabinets was used as evidence for these claims. It then spread to other items on the Wayfair website as people found things like pillows, shower curtains and wall art being sold for thousands of dollars.

But ultimately, the people making the claims offered no real evidence. While much of this conspiracy is unverifiable, several elements of it were demonstrably false.

Many social media users linked news articles of missing girls sharing the name of Wayfair products as evidence that those girls are being trafficked by Wayfair. At least several of those cases have since been solved.

For example, people linked a missing girl named Samara Duplessis to a $10,000 Wayfair pillow with Duplessis in the name. But the family reported she was home back in May.

Additionally, a search for “Duplessis” on the website will bring back a number of different items. All of the other items that this search yields are considerably less expensive.

People also pointed out that one of the expensive cabinets from the original post is named Samiyah. That's also the name of a teenager reported missing from Columbus, Ohio.

However, Samiyah said those claims are false in a video she posted to her Facebook account (Warning: video contains strong language and profanity). A search for “Samiyah” on Ohio’s missing person database yields no results.

Other examples include a Durrett coffee table that people linked to the case of Mary Durrett. However, she went missing in 2017 and was found safe later the same month.

Multiple items people have linked to missing children cases have been on Wayfair’s store since before the children went missing. They are among many products sharing such a name.

In the video above, VERIFY reporter Jason Puckett demonstrates how almost any name can be searched on Wayfair and linked to random missing person reports to make a sinister-looking, but ultimately false connection.

Some people have tried to link Wayfair products with an image search on the Russian search engine Yandex. They say if you put a product’s SKU number after searching “SRC USA” you will get images of the child that is connected to that product.

It's true that the searches do return disturbing photos of children, but the connection to Wayfair is unproven. Any string of numbers -- whether it’s connected to a product or not -- after the search “SRC USA” brings back these results and the results for a single search show multiple different children. In fact, just searching "SRC USA" without any numbers will return similar results. Searching the product number by itself does not yield these results.

Finally, people said Wayfair took down the cabinets after the conspiracy was exposed. It's true that the expensive cabinets are not listed on the website at the moment, but Wayfair has said that is temporary.

A Wayfair statement made to multiple news outlets said the cabinets were accurately priced, but photos and descriptions did not accurately explain the high price point. Wayfair said it temporarily removed them from the website to “rename them and to provide a more in-depth description and photos that accurately depict the product to clarify the price point."

Wayfair did not address other items social media users took screen shots of for their seemingly strange high price points.

There isn’t credible evidence that links Wayfair to a human trafficking operation in which items on the store are actually links to buy children.

Several individual claims within the broader conspiracy are proven false, such as several missing persons cases that have been linked to the store’s products despite the persons in those cases being found.

RELATED: VERIFY: No, Facebook 'bots' are not fact checking your posts