Mayor Bowser actually did say this from her personal Facebook page. 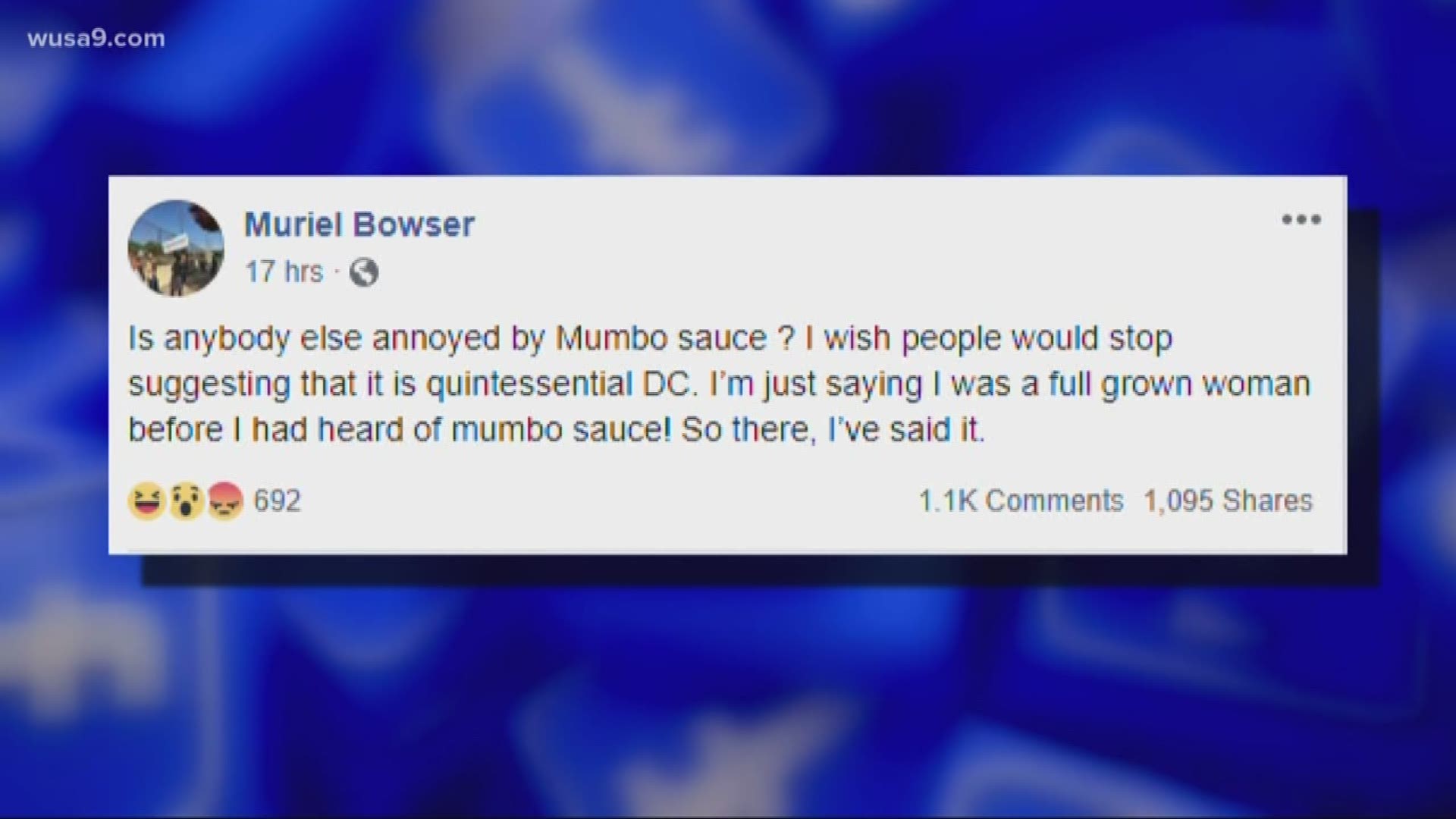 A Facebook post purporting to be from D.C. Mayor Muriel Bowser slams mumbo sauce, an iconic D.C. condiment, as not "quintessential D.C." Is that really the Mayor's Facebook page, did she author the post, or was she hacked?

Yes, this is Mayor Bowser writing from her personal Facebook page.

What better time to bring the District together than right before Thanksgiving?

But Mayor Bowser's remarks have left the city divided over one crucial condiment: mumbo sauce.

Others were left wondering whether Bowser's account was hacked.

"The Mayor wanted to provide D.C. residents [with] something to discuss on Thanksgiving beyond the midterm elections, backup quarterbacks and holiday shopping deals," Foster said. "All may participate in the debate; however, D.C. residents must lead the mumbo sauce portion."

Chicago and the District both lay claim to the spicy sweet dressing. The sauce was originally marketed by Select Brands in Chicago. There, it was a specific product, rather than an all-encompassing name like its D.C. counterpart.

Recently, a D.C. native who makes her own brand of mumbo sauce filed a petition to dismiss Select Brand’s 1950s trademark and make mumbo sauce an official generic term. The courts brushed aside her plea, however, citing that, even around the city, there are variations in spelling and pronunciation.

For now, Chicago has Washington beat on the legality of mumbo sauce, but the real ownership will live on in the heart of the nation's capital.

So yes, the Mayor pushed some Mumbo-Sauce-lovers buttons' to make for some robust Thanksgiving conversation.