VERIFY: What is the Presidential Transition Act?

The act is supposed to allow for smooth transitions of presidencies. However, its lack of specifics is causing issues in 2020. 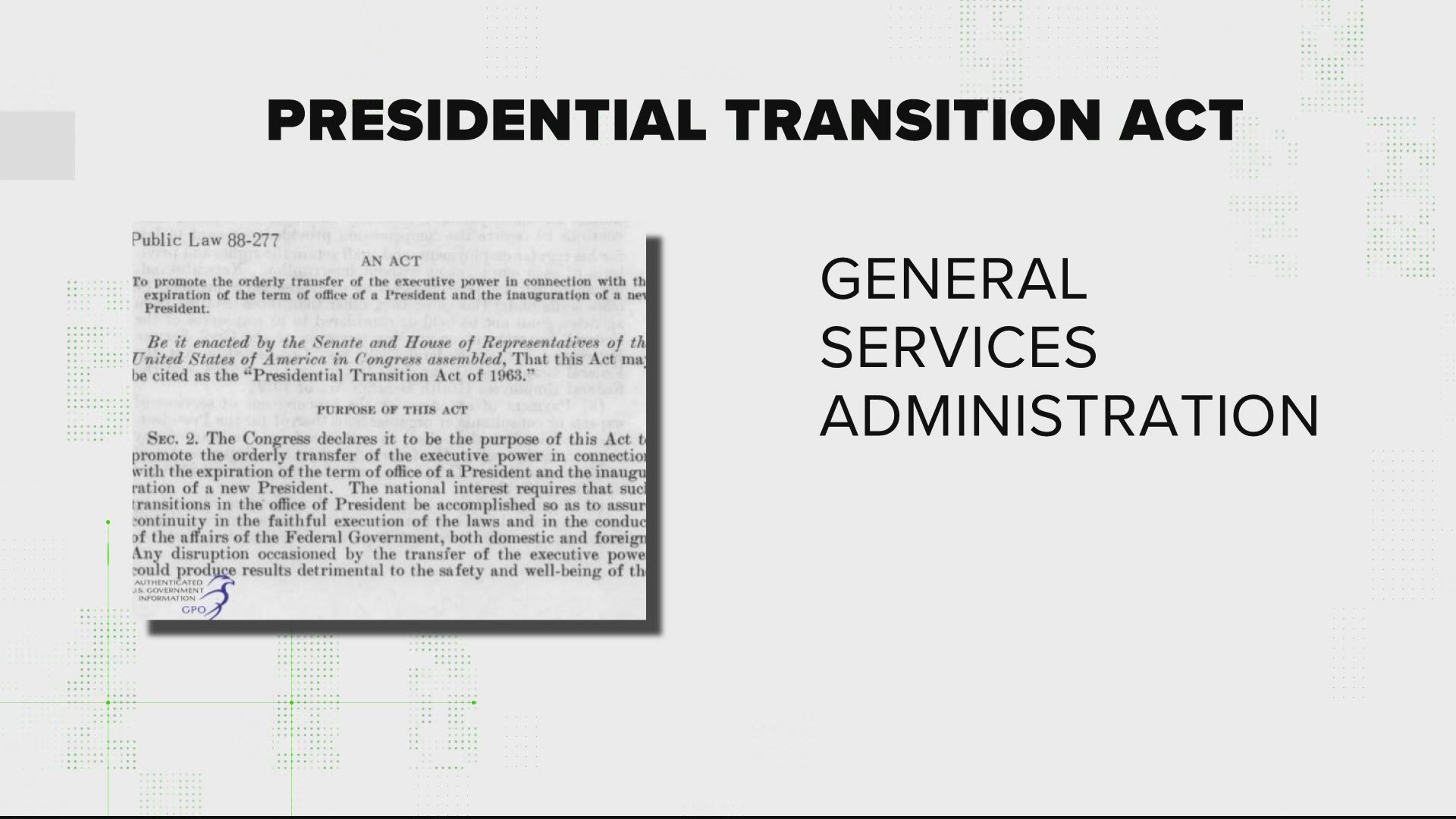 WASHINGTON — With or without President Donald Trump’s blessing, projected President-elect Joe Biden is wasting no time in his transition to the White House. Trump still refuses to concede the election. It appears this is holding up the next phase of the Presidential Transition Act.

What is the Presidential Transition Act?

It is an act of Congress meant to create smooth transitions between presidencies.

The Presidential Transition Act itself and Gary Nordlinger, a Political Scientist from George Washington University.

The Presidential Transition Act of 1963 passed in Congress the following year in 1964. It's supposed to allow for a smooth transfer of power between presidencies.

“What it does is set in place a timeline for transitioning to the new president,” Nordlinger said. “Planning really started last spring. On May 1, each agency had to designate its transition coordinator.”

“The President appoints more than 4,000 people to offices in the executive branch, of that 1,200 roughly need Senate approval,” he said. “So it does take time to prepare for a new administration.”

The law said the timeline for releasing funds is supposed to be the day after the general election.

So, who is in charge of releasing the access and those funds?

The law clearly states that is left to the head of the General Services Administration (GSA), Emily Murphy. Murphy was appointed by President Trump in 2017.

“So the current administrator is saying, ‘Hey, wait a minute, I am not setting signing off designating the formal transition period until we really know who the winner is,’” Nordlinger said.

According to Nordlinger, this has happened before in 2000. The election between George W. Bush and Al Gore was incredibly close and went to the courts. The Clinton administration GSA didn’t release the access and funds until the day after Al Gore conceded in December.