VERIFY: No, the military isn't texting you that you're being drafted for World War III

The US Army Recruiting Command issued an alert regarding fake 'draft' text messages. The US isn't currently in a draft. 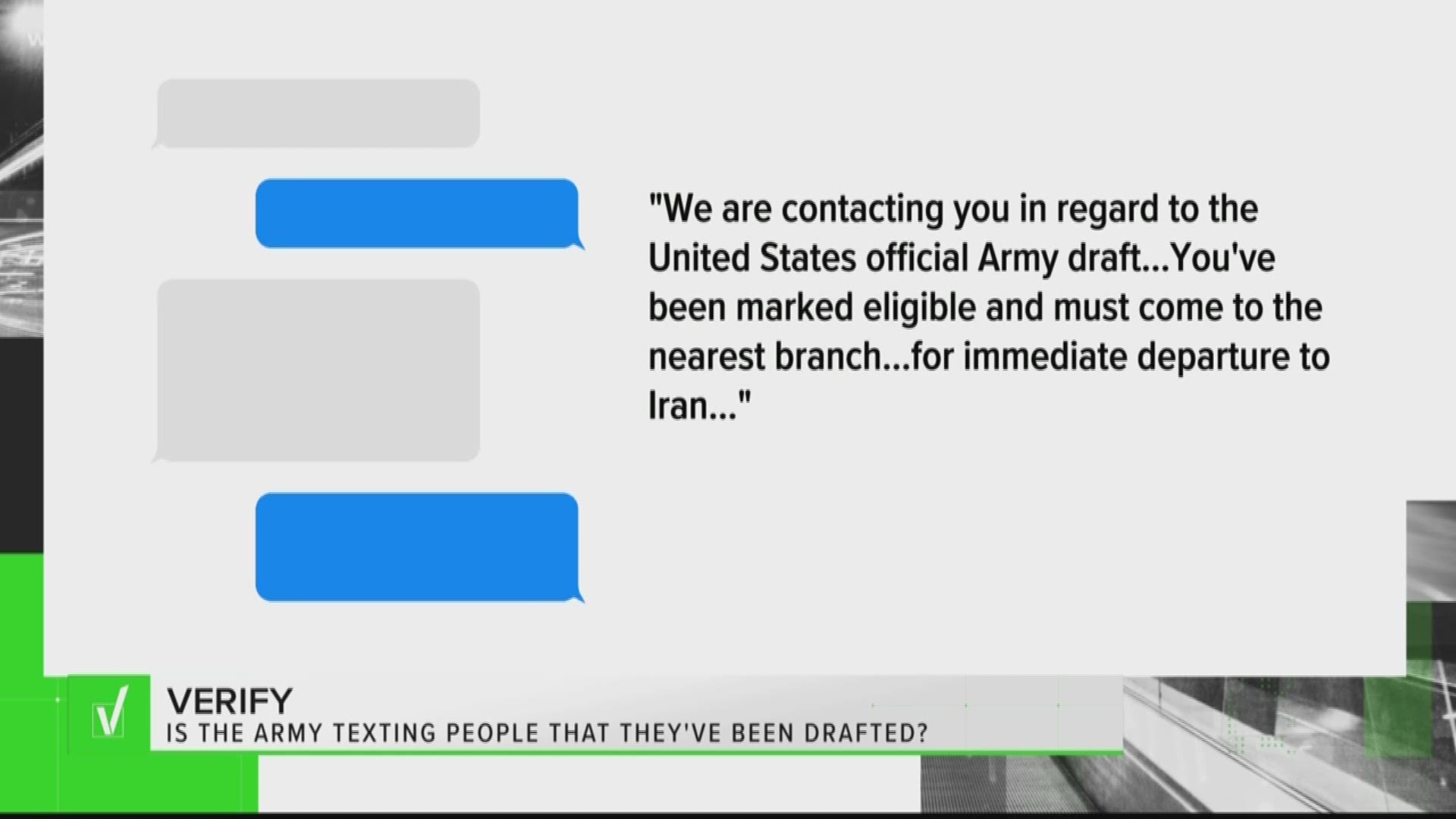 Amidst diplomatic tensions between the United States and Iran, some people received text messages that they're being drafted into WWIII and deployed to Iran. Are these messages real?

No. These U.S. Army Recruiting Command confirmed the messages are fake.

Diplomatic tensions between the U.S. and Iran are stirring up all sorts of misinformation and fear online, especially about a military draft.

A text message like this one is going around: "We are contacting you in regard to the United States Official Army Draft ... You’ve been marked eligible and must come to the nearest branch for immediate departure to Iran."

Our Verify team sought to find out whether these text messages are real.

According to the U.S Army Recruiting Command, which issued a 'fraud alert' Tuesday, these messages are totally false.

"A number of fraudulent text messages informing individuals they have been selected for a military draft have circulated throughout the country this week," the agency wrote." U.S. Army Recruiting Command has received multiple calls and emails about these fake text messages and wants to ensure Americans understand these texts are false and were not initiated by this command or the U.S. Army."

The draft hasn’t been in effect since 1973, and since then, the military has always been volunteer-based.

These text messages are a total hoax. In fact, Army bases and military recruiters are sharing this Army alert, trying to stop this rumor

Now if the U.S. returned to a military draft in 2020, here’s how you would find out about it.

Congress and the President would first have to pass and sign legislation authorizing the draft, according to the Selective Services System, the agency in charge of a military draft.

Then there would be a lottery, starting with men turning 20 this year. If the army required more draftees, the lottery would move to men between 21 to 25 years old.

The agency says 18-year-olds and those turning 19 probably would not be drafted.

Those selected would receive an induction notice via the U.S. Postal Service, not via text.

RELATED: VERIFY: How to make sure your Australia relief donation goes to a verified cause