However, if the apartment already has A/C, the landlord is responsible for maintaining it at a reasonable temperature, and having it inspected each year. 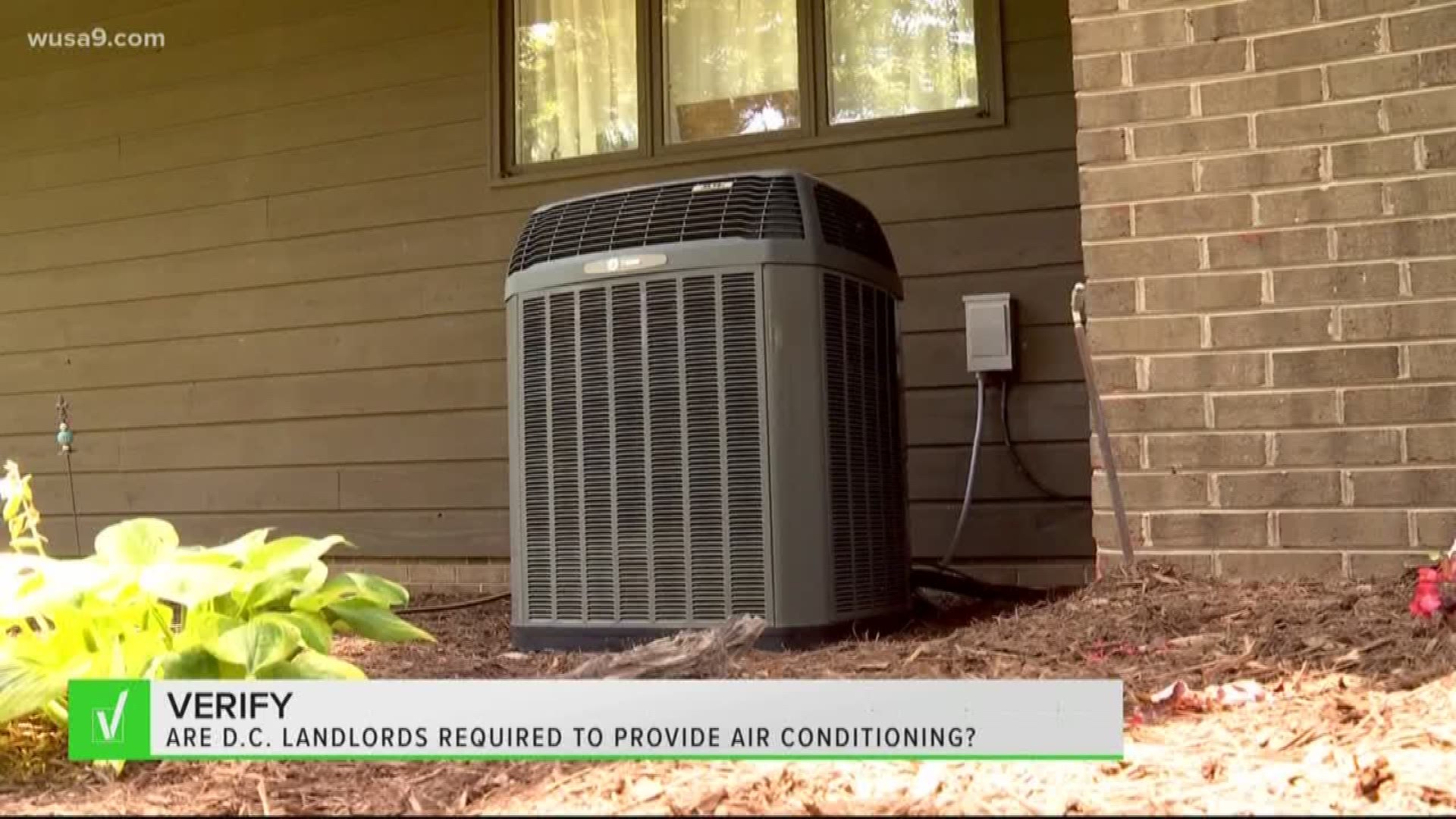 No. However, if the apartment already has A/C, the landlord is responsible for maintaining it at a reasonable temperature, and having it inspected each year.

WUSA9 reported about a proposed bill that would require landlords in Montgomery County to provide air conditioning to tenants.

RELATED: Montgomery Co. requires landlords provide heat in the winter, but not AC in the summer. This proposed bill could change that

We posted that story on our Facebook page, and we received numerous comments, like this one from Deborah Hodge: "This should be mandated here in the District also."

Our researchers contacted D.C.'s Department of Consumer and Regulatory Affairs, and the Apartment and Office Building Association of Metropolitan Washington.

However, if an apartment already has an air conditioning unit, then the landlord is responsible for maintaining it in "good working condition," according to D.C. Housing Codes. Your indoor temperature must be at least 15 degrees cooler than the temperature outside.

The owner also must have the unit inspected each year, and submit that inspection to DCRA. If a landlord fails to maintain the unit, they face a fine of $519.

So we can Verify, no, your landlord isn't obligated to install A/C in your unit, but if one already exists, they must make sure it's in good working condition.

Our Verify researchers also checked in with D.C.'s Housing Authority. Richard White, a spokesperson there, confirmed that while the federal government (HUD) doesn't require air conditioning in public housing most of D.C.'s units have them.

RELATED: Dangerous heat expected in DC could cause power outages, here's how to prevent this from happening