VERIFY: No, Joe Biden has not flip-flopped on fracking in the last 5 months

People claim in the last few months presidential hopeful Joe Biden has switched stances on 'fracking.' His own words show he has not. 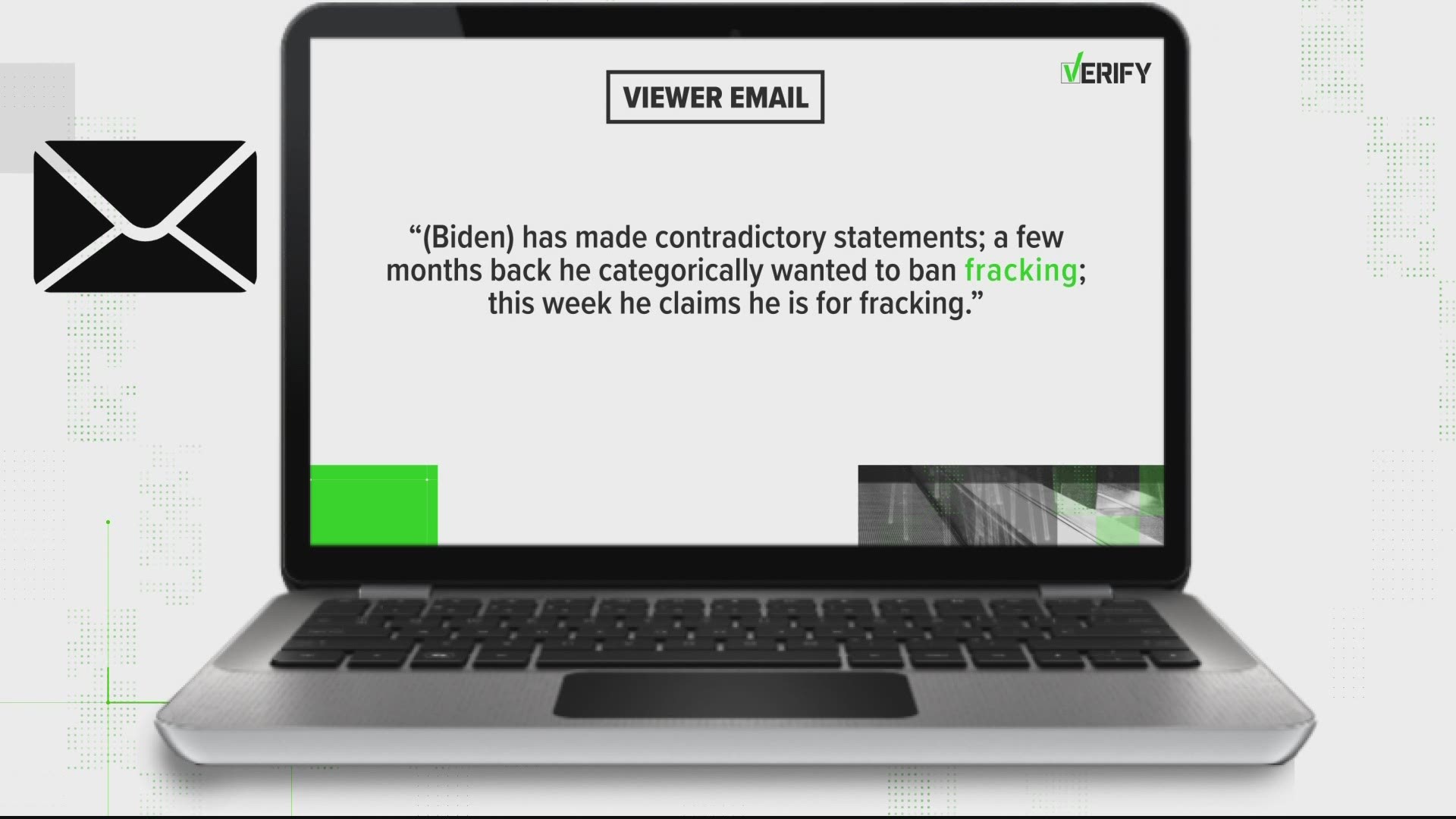 WASHINGTON — Just a few weeks until Election Day, our Verify team is working to cut through misinformation on the candidates and the issues.

There are still many questions about where President Donald Trump and presidential candidate Joe Biden stand on a number of issues.

We got an email that claimed: “(Biden) has made contradictory statements; a few months back he categorically wanted to ban fracking; this week he claims he is for fracking.”

In the last five months has Biden publicly flip-flopped on fracking?

No, he has been consistent.

Biden’s own words in a CNN Townhall meeting in Pennsylvania in September and an interview back in April. We also sourced the U.S. Energy Information Administration.

First, what is fracking? According to the EIA, "fracking" is slang for hydraulic fracturing. This is a drilling process that injects liquid and another substance-like sand-underground to open up cracks in rock formations to release oil or natural gas.

The EIA reports fracking accounts for 63% of the oil produced in the United States. A reminder that the U.S. is the number one producer of oil in the world.

So where does Biden stand on it?

In April of this year, he did an interview with KDKA, the CBS affiliate in Pittsburgh. The interviewer asked if he would shut down fracking. He responded:

"No, I would not shut down this industry. I know our Republican friends are trying to say I said that. I said I would not do any new leases on federal lands.”

Then we found Biden five months later, in September at a CNN Townhall with voters from Pennsylvania.

He was asked, "Do you support the continuation of fracking, safely and with proper guidelines of course, and growing the industry to create additional jobs for our region?"