VERIFY: Is it illegal for concealed carry permit holders to wear masks in Virginia?

A meme is being shared on social media indicating that Virginians who conceal carry can be charged with a class 4 felony for wearing a mask when they have a gun. 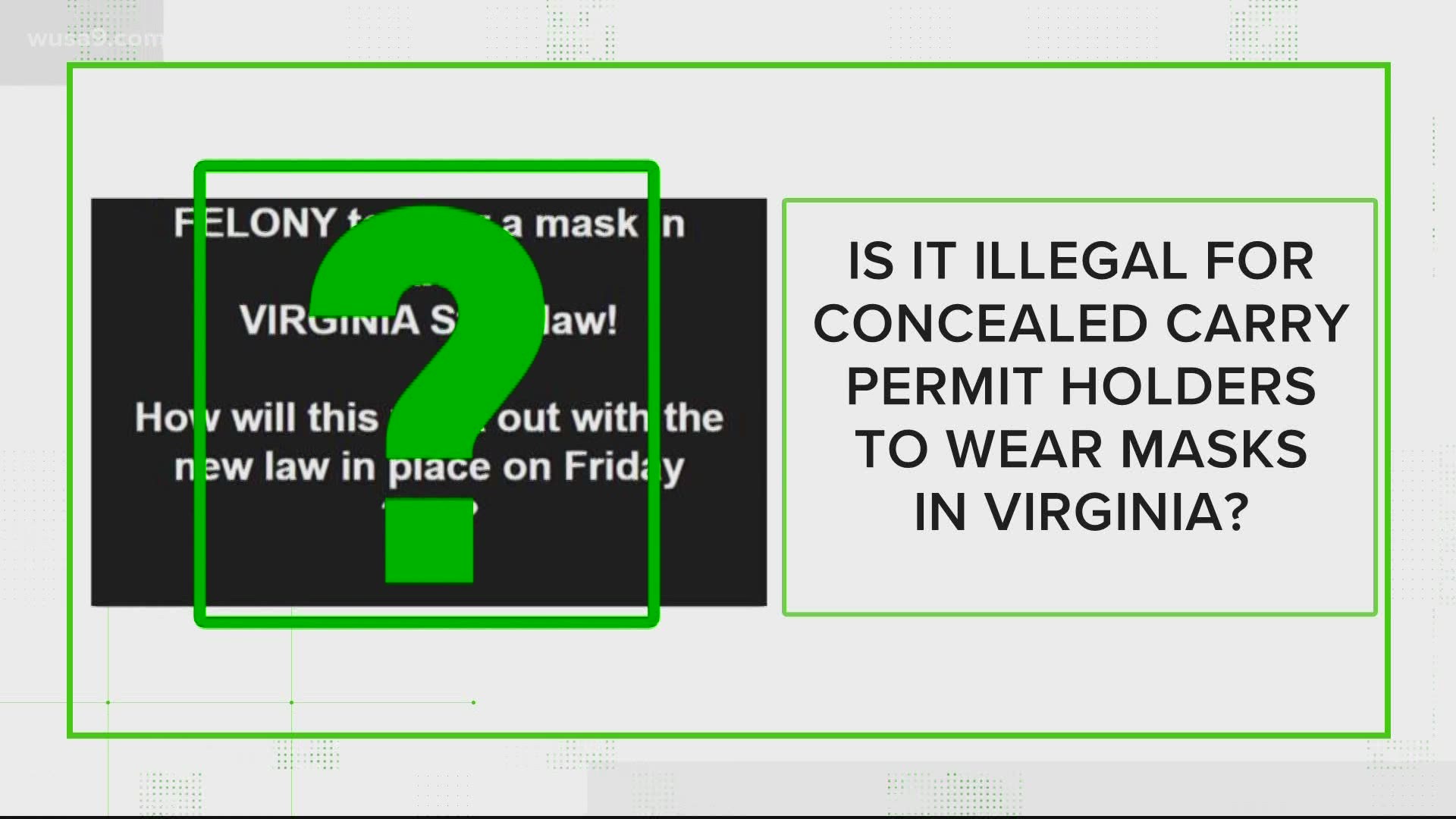 Is it a class 4 felony if someone with a conceal and carry permit in Virginia wears a face mask?

A meme is being widely shared on social media indicating that Virginians with a concealed carry permit could be charged with a class 4 felony for wearing a mask while carrying their gun.

We are verifying if this is true.

As far as the class 4 felony part of the meme, we reached out to Virginia State Police.

VSP's Public Relations Director, Corinne N. Geller, said it's not a class 4 felony if someone with a conceal and carry permit wears a face mask.

"It's not true and seems to be a common misconception, probably thanks to social media," Geller said. "Nowhere in Virginia is that prohibition stated."

As far as people citing Virginia Code 18.2-422 as the law making this illegal, Geller said, "if you're wearing a mask to purposely conceal your identity, versus wearing it for the other reasons listed, then it's a criminal offense."

So, we can verify this is false. If you are a conceal and carry permit holder in Virginia, it is not a class 4 felony to wear a face mask.

RELATED: VERIFY: Will you be refunded for goods, services not received due to COVID-19?