VERIFY: No, Black Lives Matter did not buy luxury buses in this photo 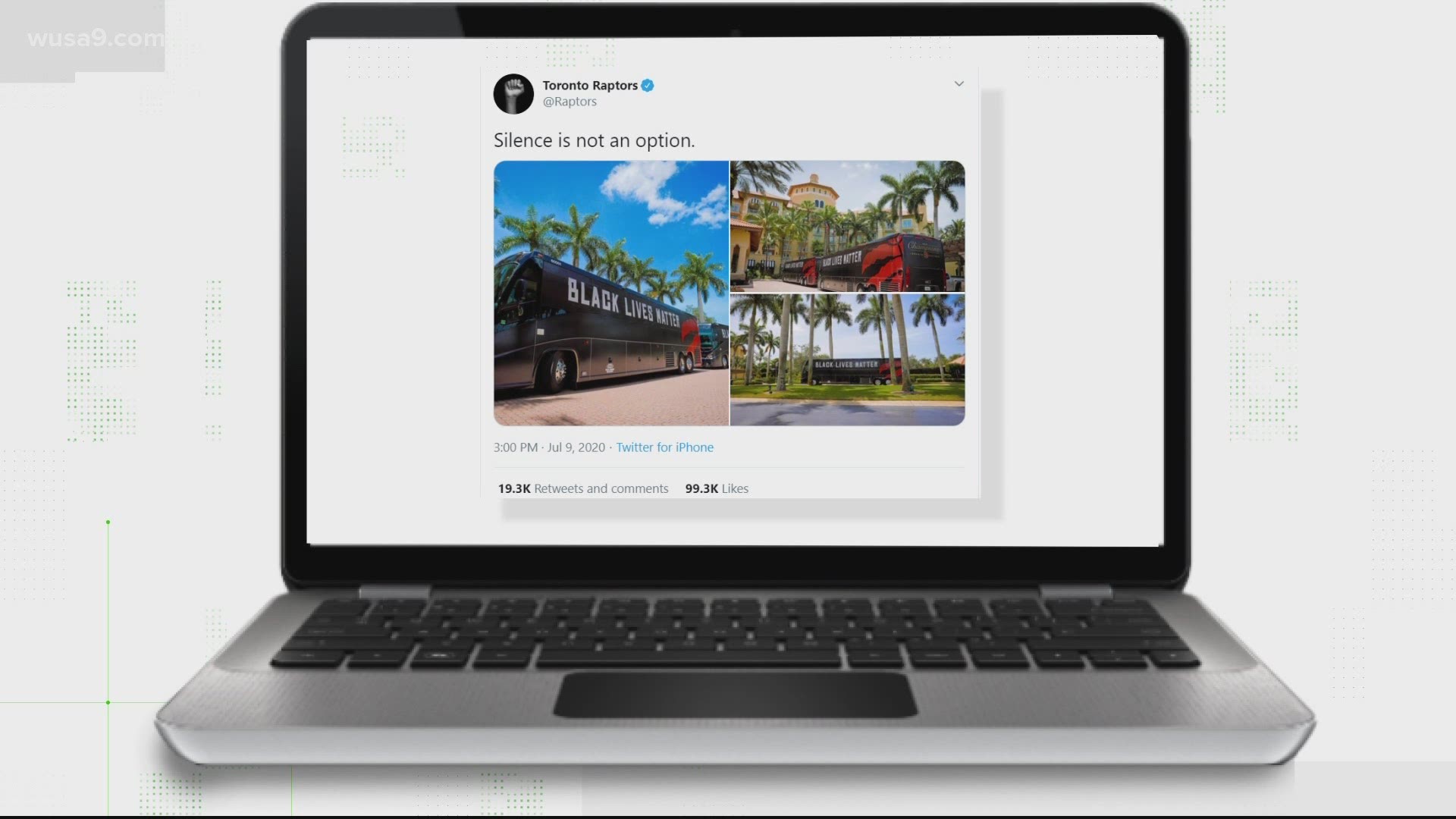 There are a lot of misleading images going around online regarding the Black Lives Matter organization. One that has been shared hundreds of times online has a line of luxury buses. The buses have “Black Lives Matter” written on the side.

The post makes a lot of claims about how BLM has spent the donations given to the group. One specifically claims BLM used donations to buy the luxury buses in the picture.

No, Black Lives Matter did not buy the luxury buses in the photo.

Our researchers started with a Google reverse image search. The search showed all the articles and posts that have shared the image and it went right back to the original post.

We learned the photo was in a tweet from the NBA team, Toronto Raptors. When you take a closer look at the original photo you can see on the back of the buses there is an emblem. It's a basketball. These are the Toronto Raptors buses.

Silence is not an option. pic.twitter.com/qpn8sMo2nu

The image was taken from the Raptors tweet on July 9th. According to the Raptors, the picture was posted to show the team’s support of Black Lives Matter.

Further research shows how the picture showed up out of context. Back on Aug. 1, the photo showed up in a Subreddit called “Conspiracy Commons.” That is when the claim at the top was added to the picture. It has since been taken down.

RELATED: VERIFY: Yes, even during the pandemic, census workers are going door-to-door

RELATED: VERIFY: Military no longer pays NFL for acts of patriotism, but it's not because of kneeling