VERIFY: Is it now illegal to smoke in cars nationwide with minors present?

Housing and Urban Development's ban on smoking in all public housing begins July 31, but some internet rumors have been swirling about another smoking law already in effect involving minors, but is it true? 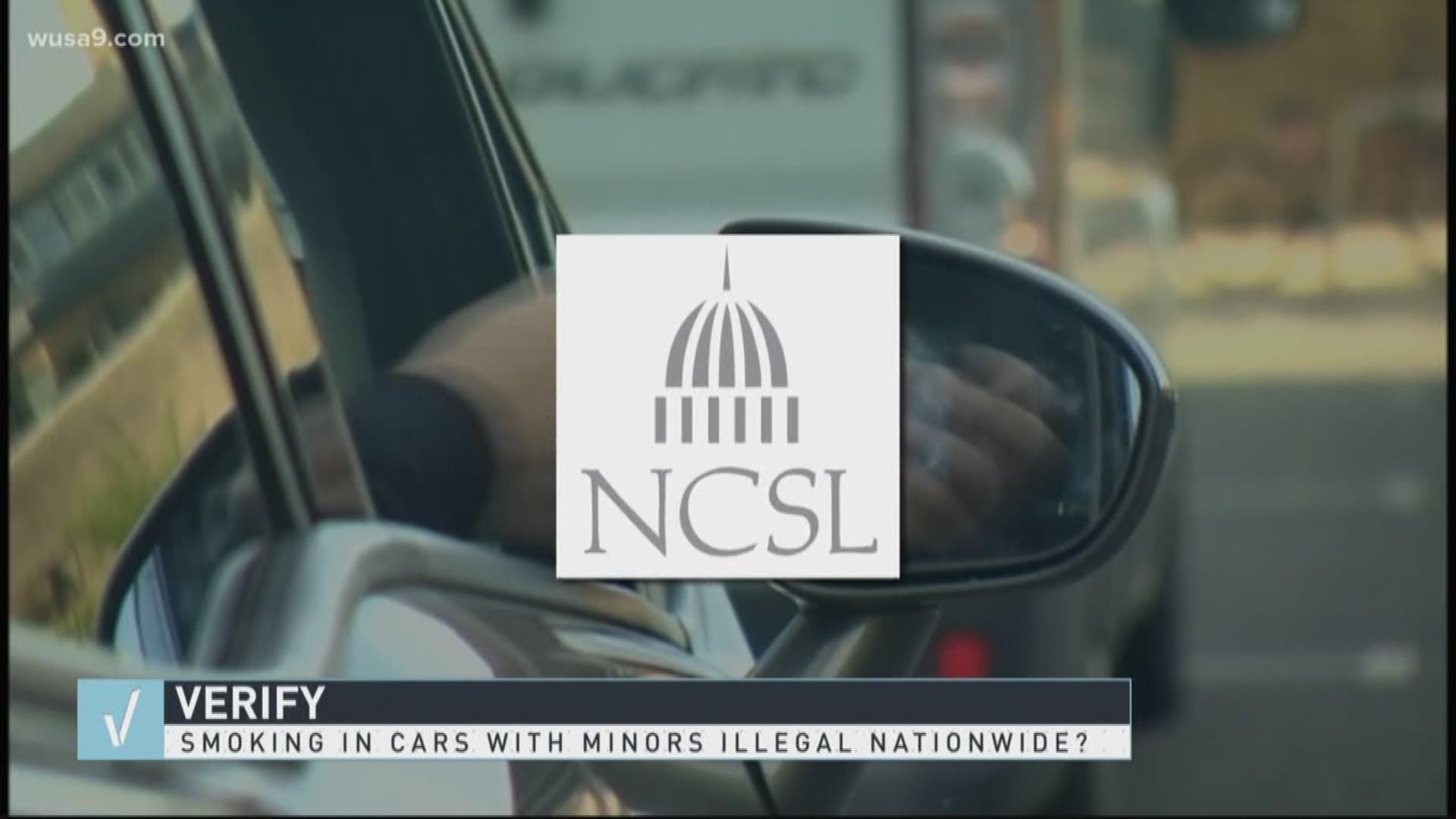 Is it now illegal to smoke in cars nationwide with children present?

Housing and Urban Development's ban on smoking in all public housing begins July 31, but some internet rumors have been swirling about another smoking law already in effect involving minors, but is it true?

Viewer Mary Polonsky asked if it's illegal to smoke in vehicles with kids present after coming across a blog post that claims a new law went into effect back in January that bans smoking with minors in the car to protect children from secondhand smoke and violations come with a fine of up to $100.

So the Verify researchers went to the National Conference of State Legislatures for answers and found eight states including Virginia, indeed do have local legislation prohibiting smoking of cigarettes, cigars or pipes in vehicles with minors from under 8 years old up to age 17.

In Virginia you can’t smoke a pipe, cigar or cigarette in a car, even if you’re parked, with a child under 8 years old. That carries a civil fine of one-hundred dollars.

But as for a nationwide law that makes smoking in cars with children illegal, no such statue currently exists.

Verify researchers also took a closer look at the site that published the article, Lovethispic.com. It's a site where people can upload memes and share pictures. They fail to source any of its claims. The blog post on the smoking ban story embedded a link to a Yahoo article using the same exact pictures but misrepresenting the facts.

So we verified, it is false. There is no nationwide ban that makes smoking in vehicles with minors illegal.

Our researchers found that Alabama House of Representatives passed a bill on January 30 to ban smoking in cars with minors. The latest status as of March 6, 2018 of the bill is that it has been re-referred to Committee on County and Municipal Government.