How legit are the claims your phone is infected? 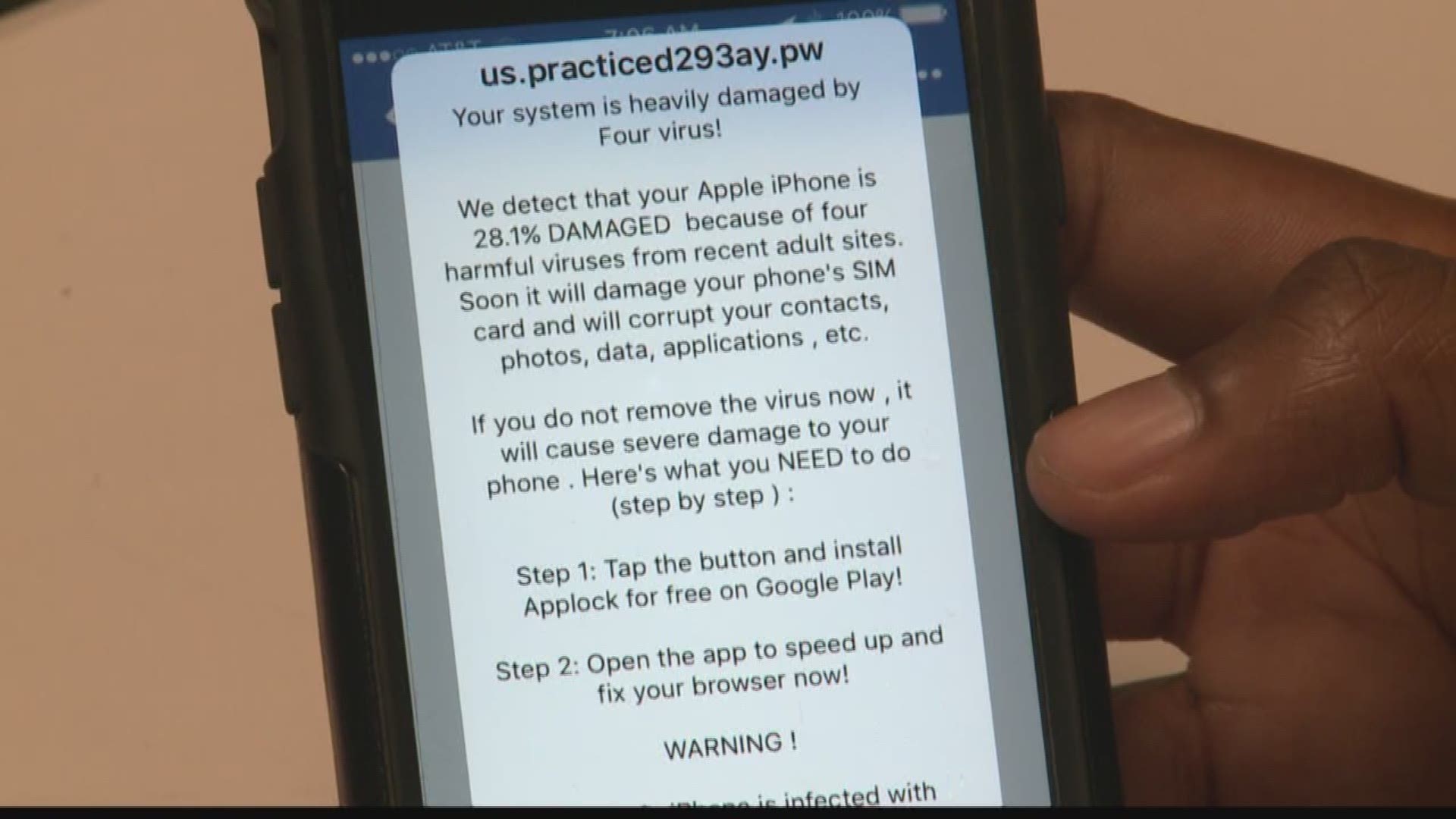 Maybe you've seen it. A message on your cell phone or tablet warning your device is infected by a virus.

We wanted to know whether the message we saw on an iPhone is legit. So we went to Sayed Ahmed, an Apple-certified technician and co-founder of ITechShark in Brentwood.

The message is ominous and specific, warning the phone is 28.1% infected by four different viruses. It claims the device's SIM card, contacts, photos, data and applications will be corrupted if you don't immediately download an app to remove the viruses. But our expert says don't worry.

“There's a virus and there's a pop-up and they're two different things” said Ahmed. “But the common issue that happens on a daily basis are the pop-ups and it's pretty common now. We get pretty much one customer a day with that issue.

Ahmed says the message is annoying, but otherwise harmless as long as you don't follow the instructions.

One dead giveaway the pop-up is a spoof, he says, are spelling and grammar mistakes, like forgetting to pluralize the word “virus.”

“They make it look like the real deal, which it's not. And most of these are phishing sites and the scammers are running it.”

Another telltale sign? Inconsistencies. The message warns your iPhone is infected, but tells you to download the app from the Google Play Store instead of the Apple App Store.

The good news? Ahmed says it's easy to avoid the pop-ups.

“You go to the settings icon on the homepage and you scroll a little bit down until you see the Safari icon. You click on Safari and you scroll down a little bit and you will see what says block pop ups. This is very important to check it and make sure it's on the green switch.”

Ahmed says following the steps in messages like this could allow your personal information to fall into the hands of hackers. That information can include bank account and credit card numbers.