VERIFY: Will the haze from the West Coast wildfires affect us in the DC metro area?

We talked to the experts, and they told us that while the haze contains some toxic particles, it's too high in the atmosphere to affect us at ground level. 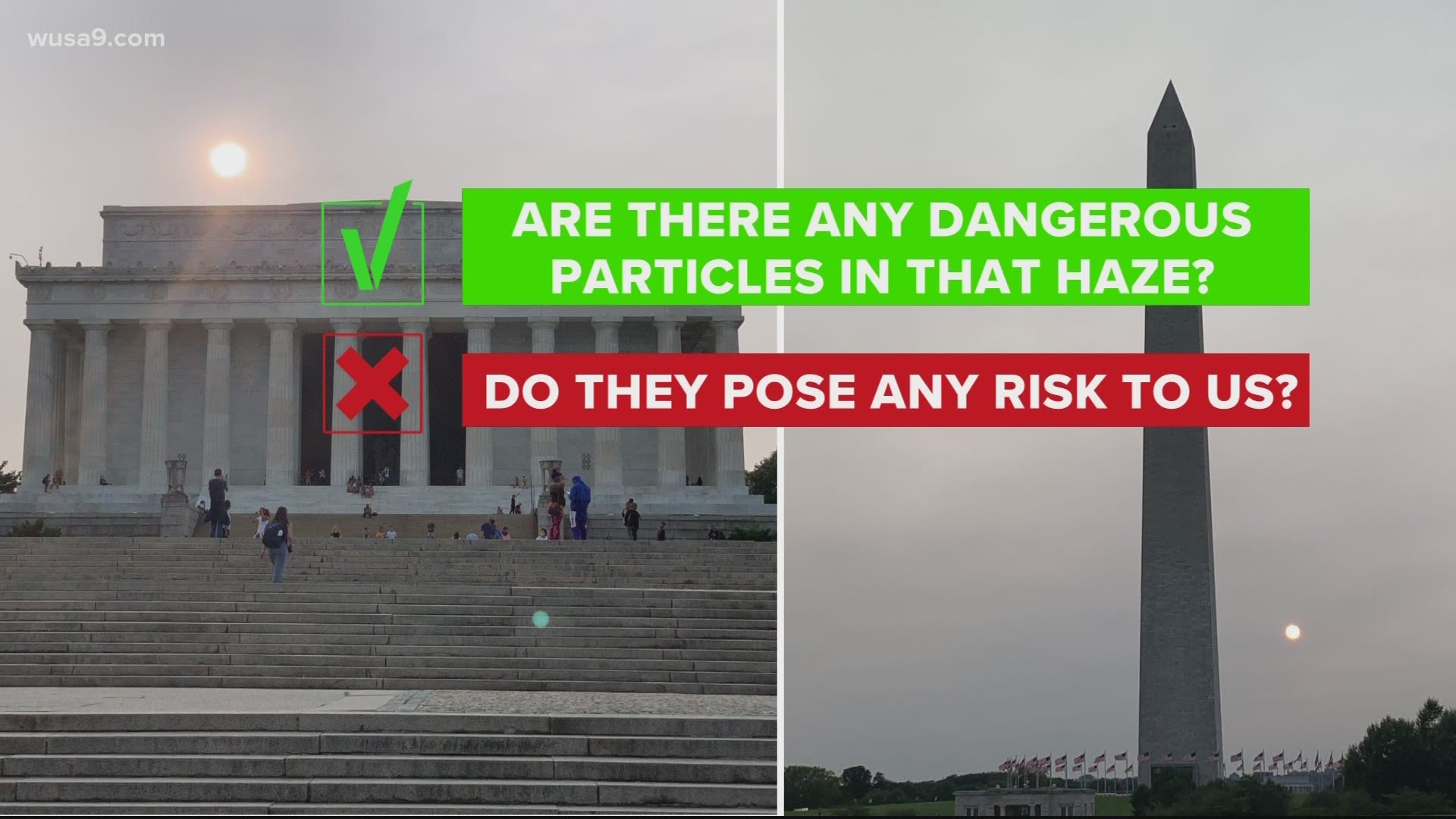 WASHINGTON — We can now see the impact of massive wildfires on the west coast all the way in Washington, D.C. The National Weather Service confirmed the haze blanketing our area is smoke from those wildfires.

So the VERIFY team is here to get the facts straight.

QUESTION: What kinds of hazardous particles are in the wildfire haze? And should we be worried about them in the DC metro area?

ANSWER: There are some toxic particles, but the haze is 20-25 thousand feet above us and poses no hazards to our air quality.

The air quality in some parts of the West Coast is off the charts. So as we watch remnants of wildfire smoke hover above us, many are asking whether we should be worried about unsafe air quality.

Verify researchers talked to Dr. Panagis Galiatsatos from Johns Hopkins School of Medicine. He told us that while this wildfire smoke definitely contains some toxins emitted from wildfires, what we’re seeing here on the East Coast is much less concentrated.

"As the jet stream moves this around, it may move the toxins and pollutants, but those won't be as highly concentrated, they'll be much more diffuse." Dr. Galiatsatos says the risk posed by these pollutants depends on potency. "Some of them are concentration-based, so you need a lot of them in order to feel any kind of health ramification."

Meteorologist Howard Bernstein agreed, explaining that as this smoke travels further, not all particles will make the trip.

"What we're seeing is really fine smoke with smaller particles," Bernstein says. "The bigger particles are heavier, so they'll fall out, so to speak, before they ever get this far over to us."

Bernstein went on to tell us that this small amount of haze will likely have no impact on our air quality.

"The air quality here really is not impacted by this at all because this smoke is up at 20,000 to 25,000 feet," he told us. "If we were at ground level it would be a completely different story. So our air quality is actually pretty decent."

According to Clean Air Partners, the air quality throughout our region is still at its best category: Green for Good.