Viral claims say people who don't want to wear masks should carry a card that cites the federal government. The VERIFY team found it's fake. 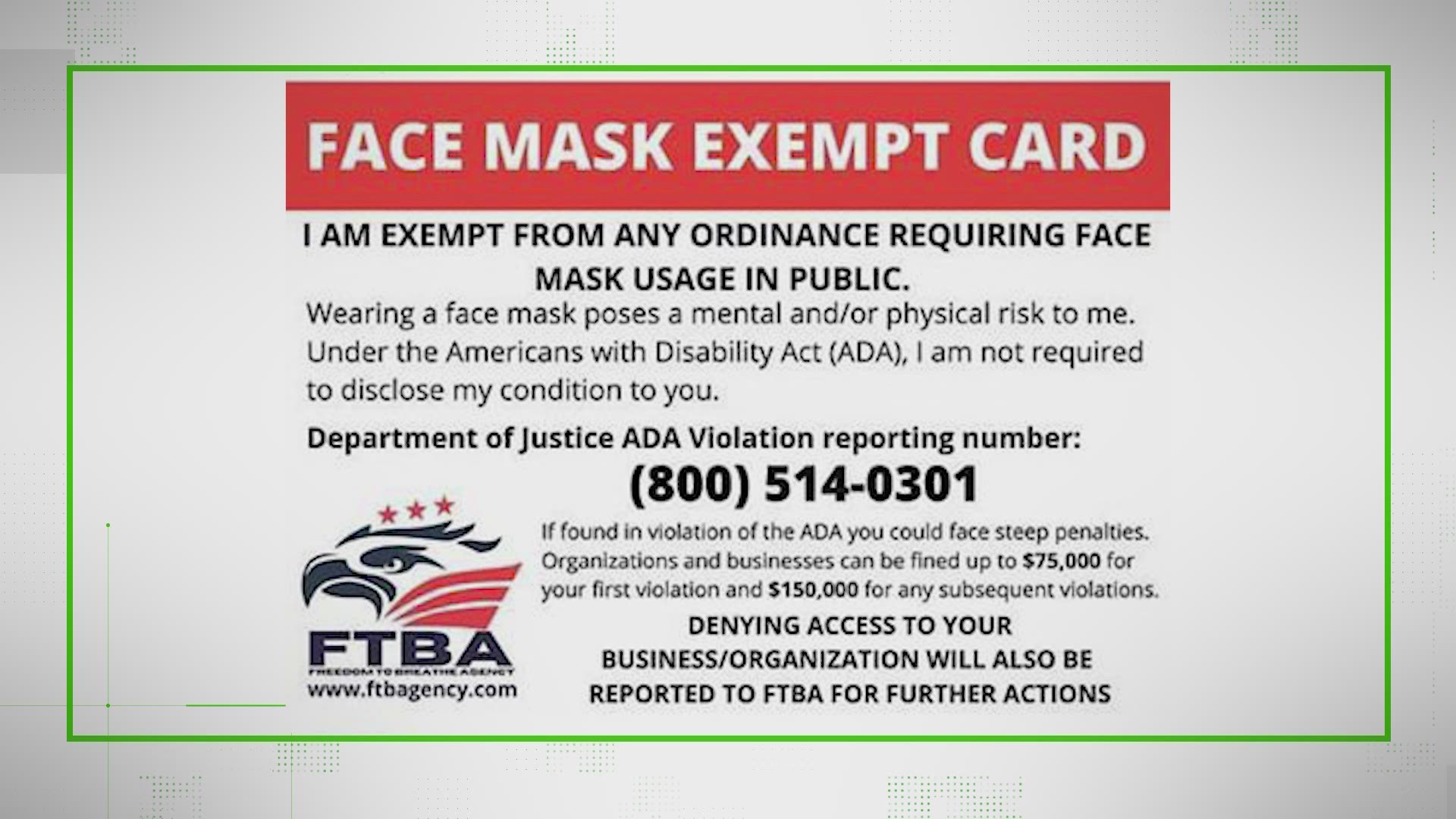 Some people have entered businesses flashing “face mask exempt cards” that claim face masks pose a medical and/or physical risk for the person. The cards warn of large Americans with Disabilities Act fines if the person is denied entry into the business.

But the cards have gained further attention online because of posts pointing out they’re fake. These posts warn business owners that the cards are not a thing issued by the Department of Justice or the ADA.

So what’s the deal with these cards?

Are there “face mask exempt cards” that give individuals immunity from following mask requirements in businesses?

No. The creator of the cards is not affiliated with the government in any way and the Department of Justice has declared that the cards are not endorsed by the agency.

The creator of the cards said they are an “educational tool.”

Additionally, there is no federal agency called the Freedom To Breathe Agency (FTBA). The URL listed on the card goes to a Wix page that says the domain isn’t connected to a website yet. The website was up and running last week and the card depicted on social media could be downloaded and printed from the website.

The person who ran the site and made the card, Lenka Koloma, said “Our FTBA Face Mask Exempt card was issued as an educational tool based on overwhelming amount of citizens reaching out to us for having health issues and unable to wear a mask.” She said the card was issued by her organization, FTBA, and not the Department of Justice or the ADA.

So this isn’t a card distributed or even endorsed by any government agency. For those interested in reading about the ADA, the full text of the act is available online. It’s a long read -- several thousand words long.

RELATED: VERIFY: Why a face mask box says it provides no protection to the wearer

RELATED: VERIFY: Yes, H.R.5717 proposes taxes on gun and ammo purchases. No, it hasn’t been voted on yet.