VERIFY: No, this 'Face Mask Exempt Card' is not legit

The U.S. Department of Justice said these "fraudulent facemask flyers" were not issued nor endorsed by them. 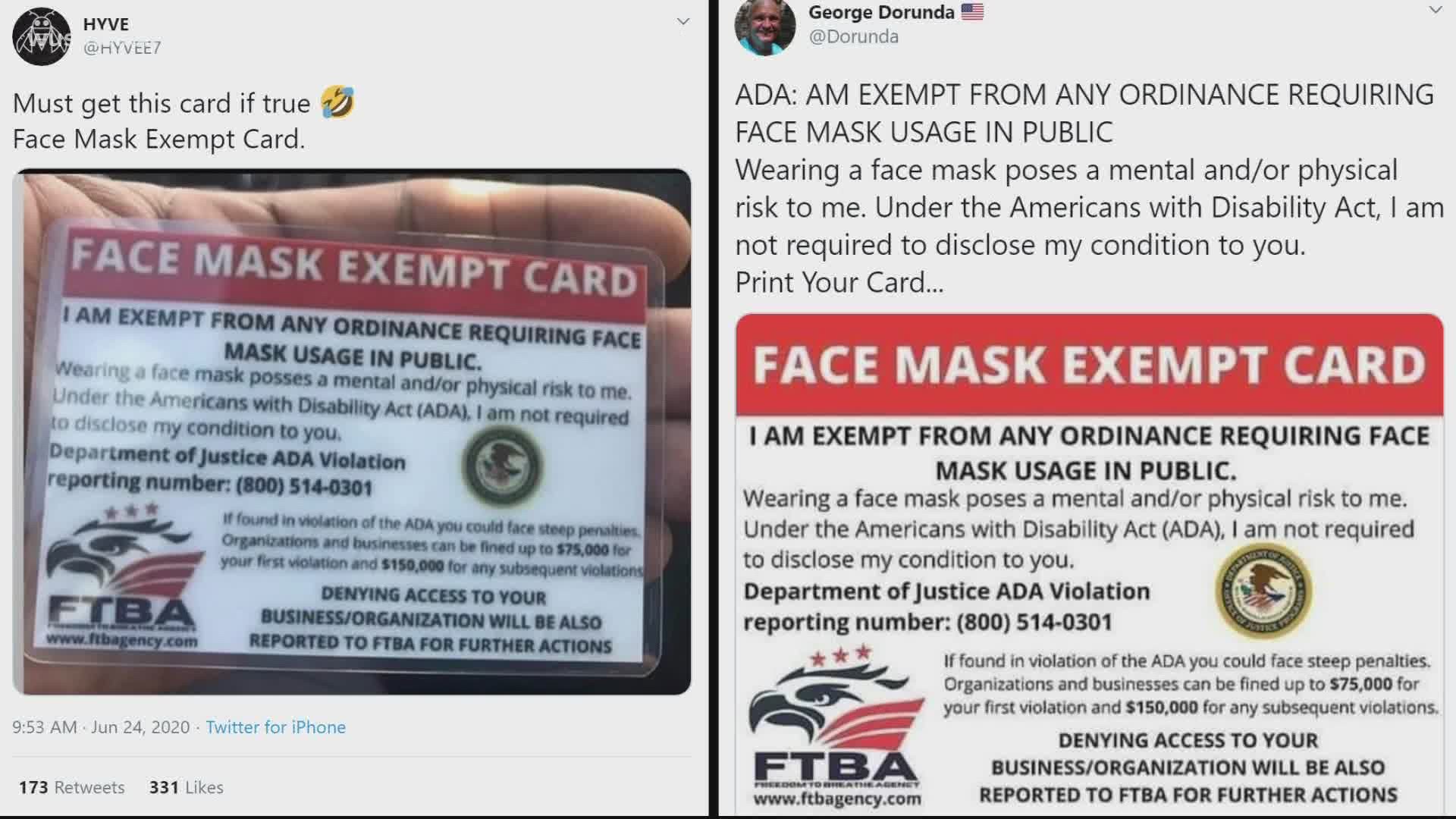 Photos of these alleged “face mask exempt cards” are being shared online, indicating the cardholder doesn’t have to wear a mask because of a health or mental condition.

It also claims businesses that don’t recognize the card would be in violation of the “Americans with Disability Act.”

So we're verifying, is this card legit?

The United States Department of Justice issued a statement about them online.

RELATED: These states require face masks be worn in public

The website at the bottom left corner of the card, for the Freedom To Breathe Agency, doesn't work either.

Credit: ftbagency.com
The url listed at the bottom of the card, for the Freedom To Breathe Agency, did not work when the Verify team tried it.

So we can Verify these exemption cards are not legit.

Our Verify researchers also checked official guidance from health departments and executive orders in D.C., Virginia and Maryland to see some examples of who is exempt from wearing a mask in public spaces.

All three jurisdictions said children younger than two, someone who has trouble breathing, or is unconscious, incapacitated or cannot remove a mask by themselves, should not wear a face covering.

An executive order signed by Gov. Northam says that any person who declines to wear a mask because of a medical condition does not need to provide documentation to prove their condition.

RELATED: VERIFY: No, this MD Independence Day Safety Enforcement poster is not real

RELATED: VERIFY: No, baking soda and water will not stop burning sensation from pepper spray

RELATED: VERIFY: Yes, H.R.5717 proposes taxes on gun and ammo purchases. No, it hasn’t been voted on yet