VERIFY: Do Nats, members of Congress have to self-quarantine if returning to DC from a 'high-risk' state?

DC Health released a list of 'high-risk states,' and anyone traveling into D.C. for non-essential activities from those states must self-quarantine for 14-days. 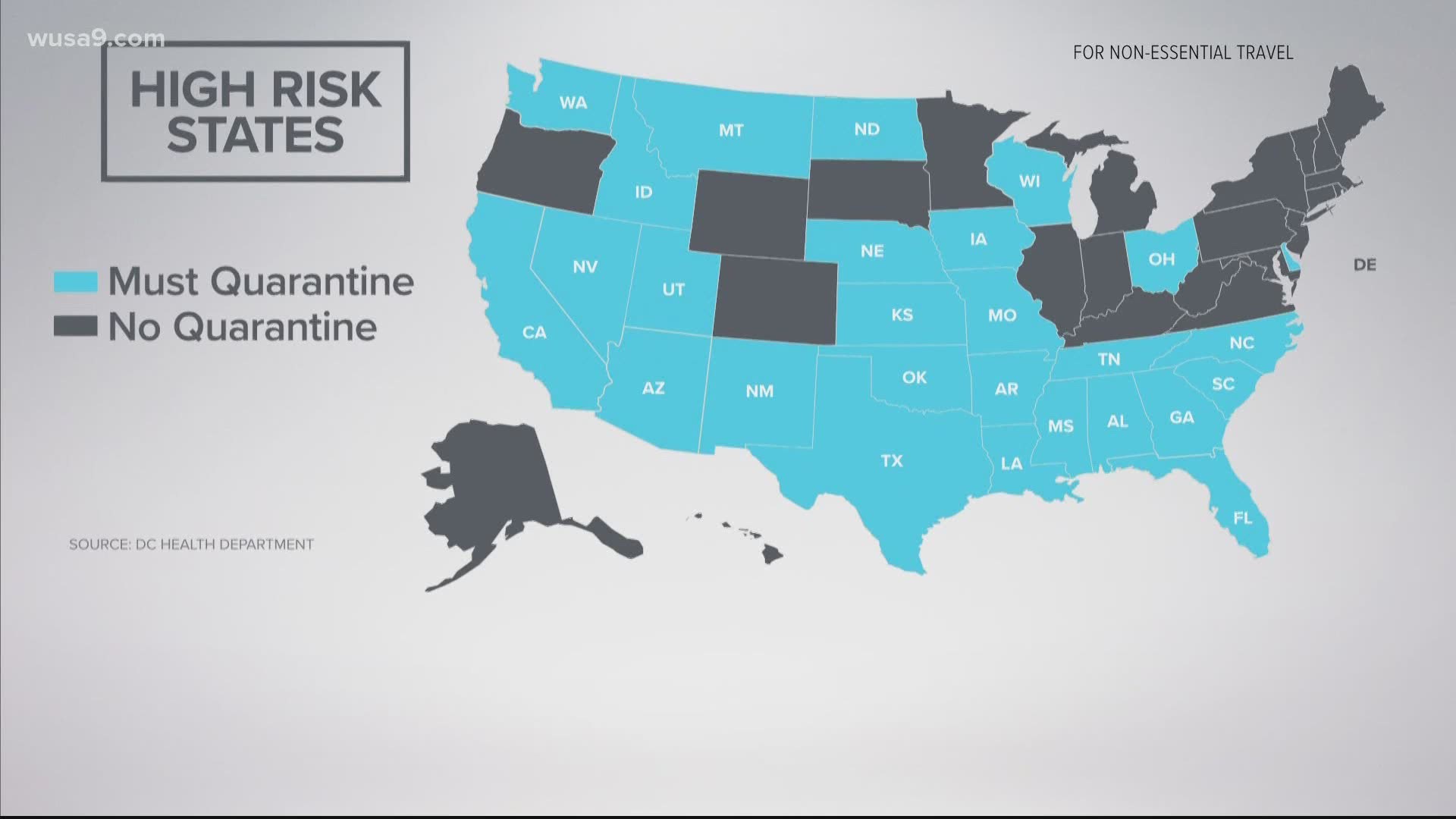 WASHINGTON D.C., DC — D.C.'s Department of Health released a list of states they considered to be 'high risk' areas on Monday. Under a new order from Mayor Muriel Bowser, anyone entering the District for non-essential travel from one of these states will need to self-quarantine for 14 days.

RELATED: If you are traveling to DC from these states you must self-quarantine for 2 weeks

There are currently 27 states on the list that Bowser released on July 24. Many of which have seen spikes in cases over the last few weeks.

"We know unfortunately that there are states that are seeing significant spikes and new cases," Bowser said during a press conference on July 24. "We know that there are places where people are not being as cautious or making the sacrifices that we're making here in D.C., and unfortunately when people travel in and out of D.C. from these places that can put our community's health at risk."

DC Health defines 'high-risk states' as "states where the seven-day moving average of daily new COVID-19 cases is 10 or more per 100,000 persons."

An updated list of high-risk states will be posted on August 10, DC Health said.

The Verify team looked into some questions regarding the mayor's recent orders.

Do the Washington Nationals have to quarantine after visiting a 'high-risk' state?

No, according to a spokesperson for Bowser’s office.

The mayor and Christopher Rodriguez, D.C.’s director of the Homeland Security and Emergency Management Agency, both said the team has a waiver.

"When we issued the waiver for the Washington Nationals, we defined their activities as essential…so that would be essential travel for business,” Rodriguez said during a press conference on June 24.

Do politicians have to quarantine after visiting a 'high-risk' state?

According to that same spokesperson and the mayor, no.

Under the Mayor's mask order, do you have to wear a mask while driving alone or with your family?

No, a spokesperson from the mayor’s office confirmed that in both of those cases you don’t have to wear one.