The Verify team got to the bottom of a viral rumor that claims the former Vice President confessed to committing bribery. 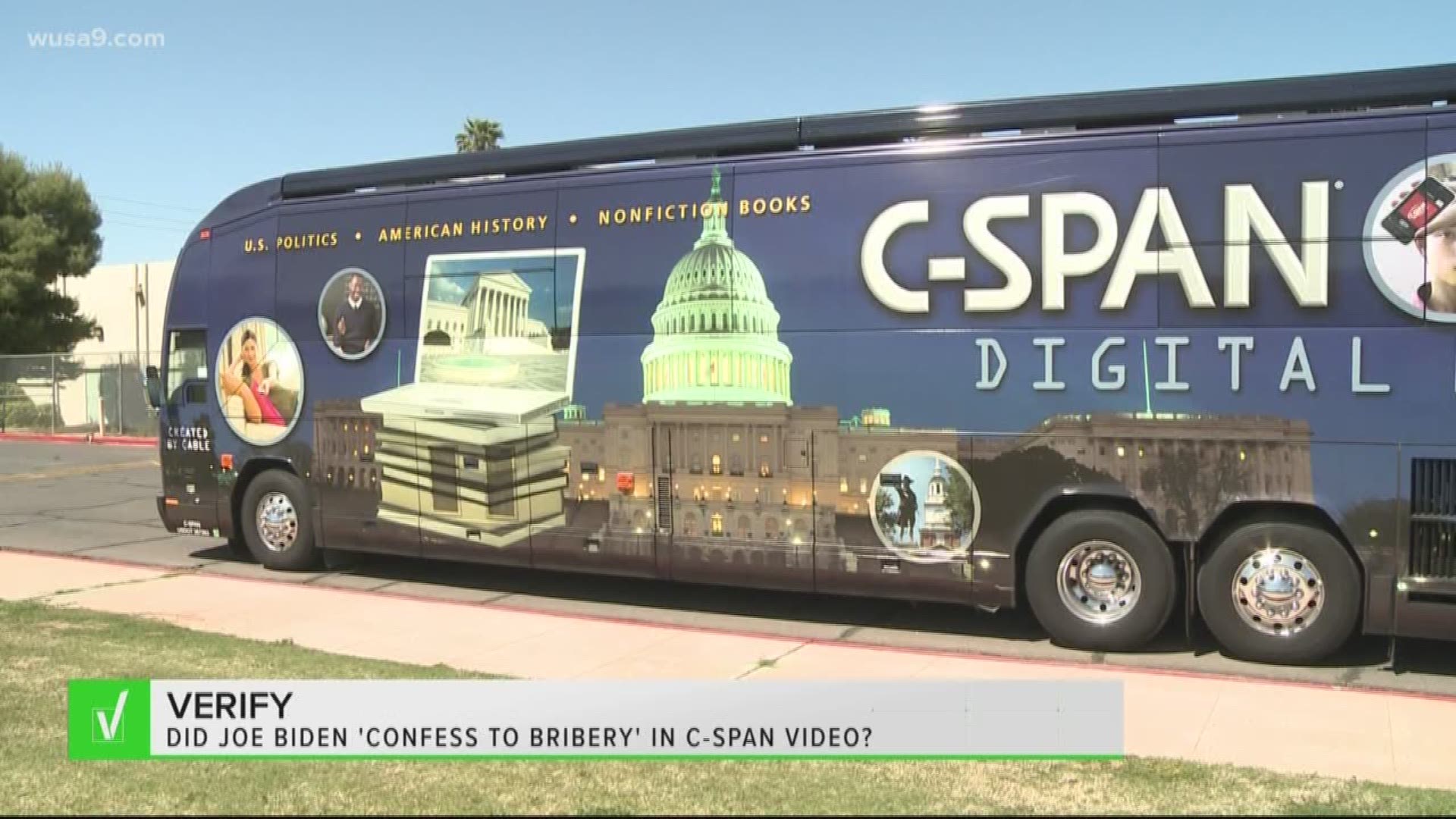 Did Joe Biden ‘confess to bribery’ in C-Span video?

No, this claim is not true.

One of the latest headlines circulating on social media reads: "Joe Biden Confesses to Bribery."

So, did the former Vice President actually confess to committing bribery?

The link brings you to the legitimate C-Span website.

But there's a disclaimer above the headline that says the clip, title, and description were NOT created by C-SPAN.

Now, if you sign up for a free account with C-Span, you or anyone else has the ability to clip a segment of any video, create any headline, sub-headline and post it on social media.

But what you won’t see, is that disclaimer scrolling through your news feed that says video was not created by C-Span.

Verify researchers reached out to the C-Span programming department, who explained their staff does not regulate what headlines are being made for user-created video clips.

They also said they don't have enough staff on hand to do that, but you can report profane or abusive content to C-SPAN.

As for this video, the Verify team watched it and at no time does the former VP confess to any bribery, plus C-Span did not create this headline.

So, we can verify no, Joe Biden did not confess to bribery in this video.

RELATED: Joe Biden calls for Trump to be impeached for first time

RELATED: Ukranian president says 'no blackmail' in call with Trump

RELATED: Trump could be impeached for not cooperating with impeachment