We can verify there's no new deadly spider hitting the U.S. 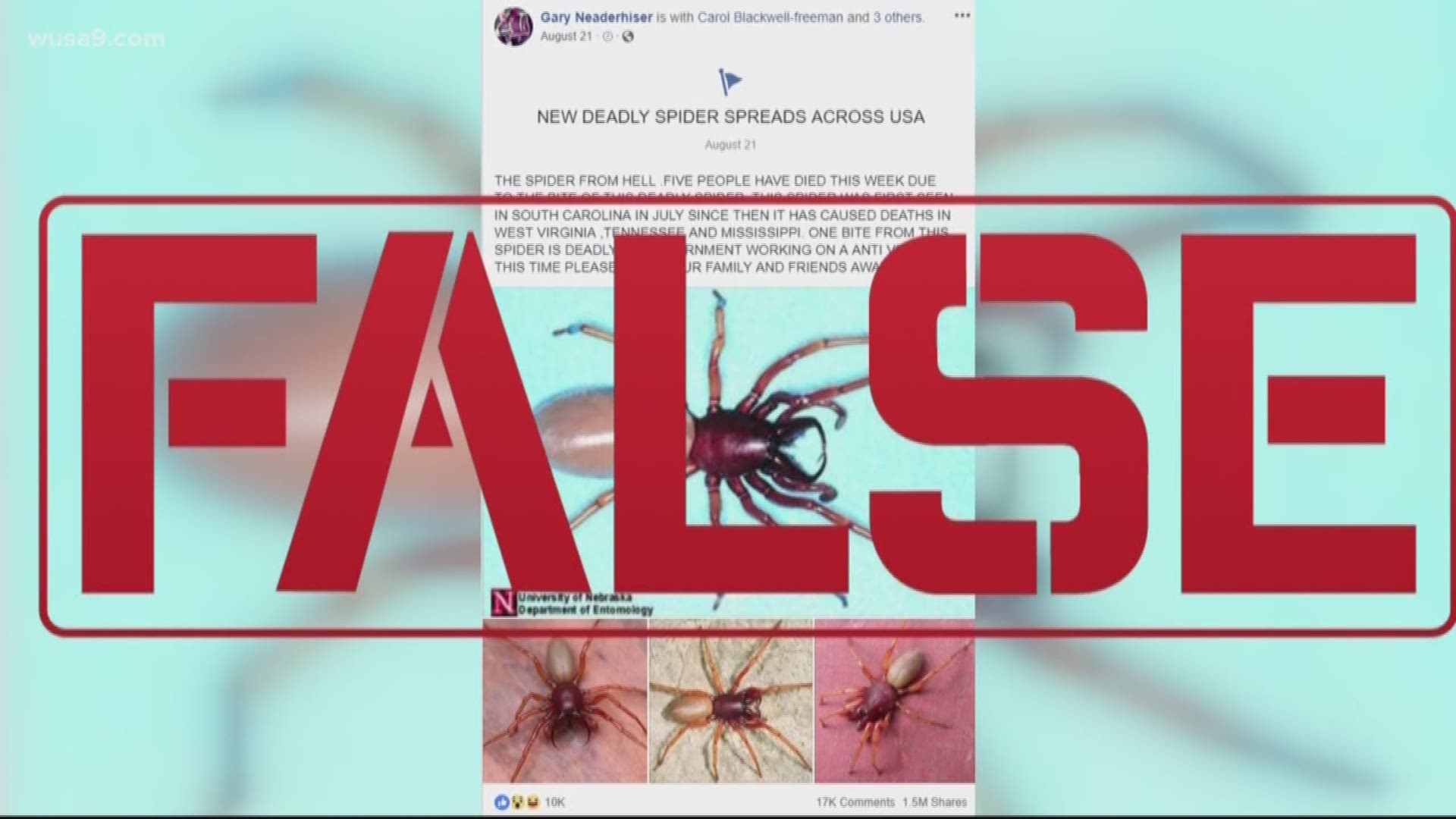 Is there a fatal new spider spreading across the U.S?

The American Heart Association has warned of the "kissing bug" spreading a dangerous parasite in the U.S.

Now, a viral warning says beware of a new fatal creepy crawler, but is it true?

WUSA9 researchers decided to get answers.

Verify gets you facts to things you see online.

This post shared over a million times, claims five people died after being bitten by this new killer spider, first spotted in South Carolina and caused fatalities in West Virginia, Tennessee and Mississippi.

Viewer Ike Adams wanted to know if there was any truth to this.

They said this insect is the Woodlouse Hunter Spider. It's found in the US, on the east and west coast but commonly seen in England and Northern Europe and the experts said their bites are not known to be poisonous or to be toxic to cells.

The scientific journal, Toxicon published a work about the study that examined eight of those spider bites. The results showed people only sustained minor pain typically lasting less than one hour and concluded the bites were not harmful.

So we verified there's no new deadly spider hitting the U.S.