VERIFY: Are speed cameras in Maryland school zones active when school is not in session?

Can you get a ticket speeding in a school zone when class isn't in session? 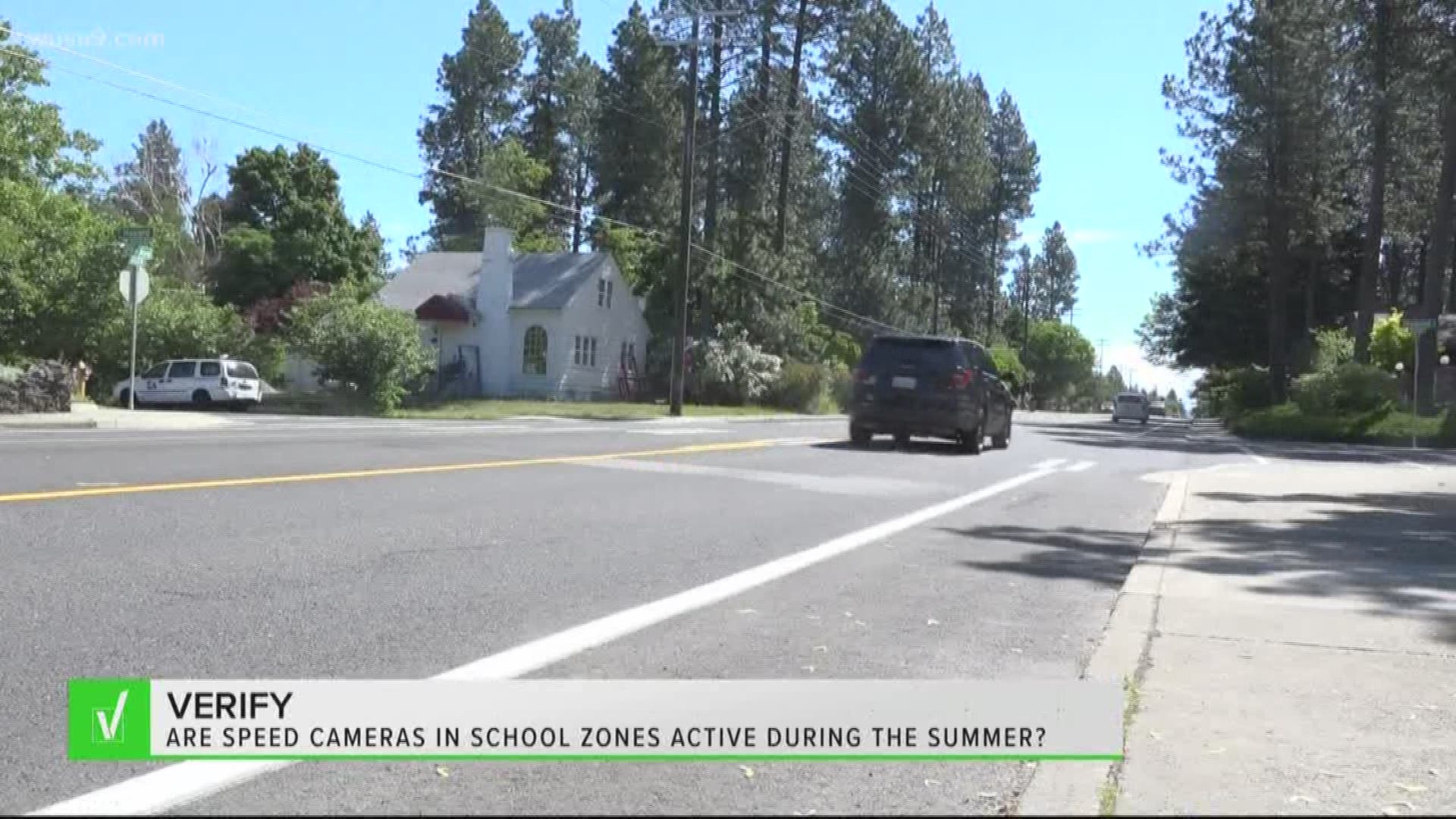 Are speed cameras in Charles, Prince George's and Montgomery County school zones, active when school is not in session; such as, at night, on weekends, holidays and over the summer?

Speed cams are operational in schools zones Monday-Friday 6 a.m. to 8 p.m., except for the camera at Wade Elementary School in Charles County, which operates from 7 a.m. to 6 p.m.

Let's face it: traffic laws in the DMV are confusing and they often change when you cross county lines.

The laws surround school zones offer an added challenge. That's why viewer Caroyln Bracey from Oxon Hill reached out to the Verify team.

"Are school zone meters active when school is not in sessions, such as at night, on weekends, holidays and the summer vacation?" Bracey wrote in an email.

She asked specifically about school zones in Prince George’s County and Charles County. We checked out Montgomery County, too.

They said they follow Maryland law which holds that school zone cameras operate on weekdays from 6 a.m. to 8 p.m.

"The cameras operate year round, including during holidays and the summertime," Charles County Sheriff's Department said.

A school zone sits within a half-mile radius of the any school established by the local authority, according to Maryland Transportation Code.

Drivers will be cited if they go 12 miles or more over the posted speed limit.

"Maryland law dictates that the automated speed enforcement fine may not exceed $40," according to Maryland State Highway Administration. "The citation is a civil penalty, which means that no points are assessed. If you were pulled over by a law enforcement officer in a school zone and issued a citation for exceeding the speed limit by 12 mph, the fine would be significantly more and would include points."

So yes, we can Verify, speed cams are active in schools zones over the summer and during holidays.

They operate during the night but only until 8 pm, but you won’t get a ticket over the weekends.

Click here for a list of all the school zones in Prince George's County and Montgomery County, including speed camera locations. Charles County Sheriff's Office posts the locations of the cameras on their Facebook page.

RELATED: Slow down: Here's a list of where MDOT has reduced speed limits

RELATED: VERIFY: Do speed cameras in Prince George's Co. shut off after 10 p.m.?