The Auschwitz Memorial tweeted at the retailer asking for the items to be removed. 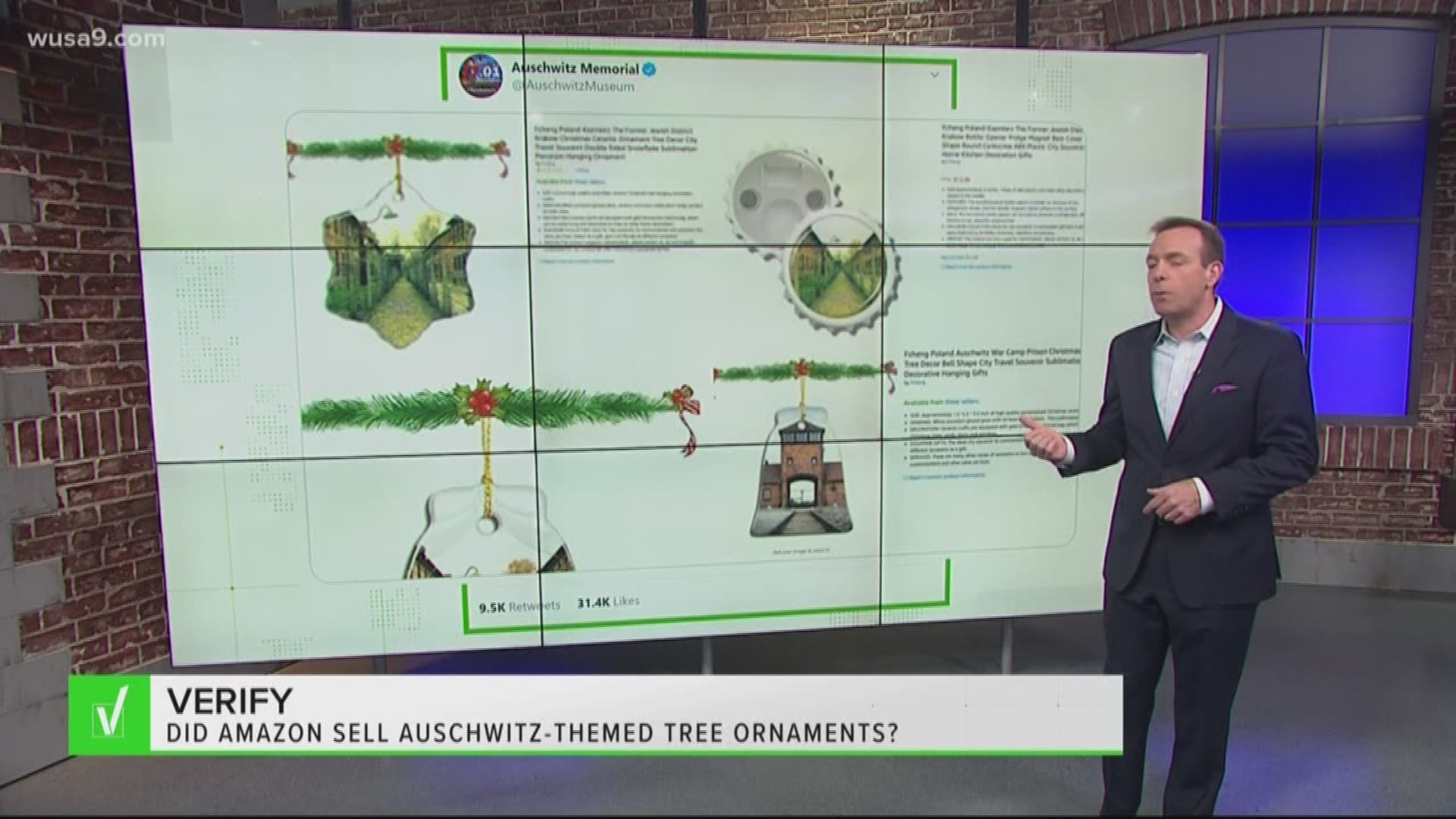 Yes, Amazon sold a Christmas ornament and bottle opener with an image from Auschwitz on it. The items were sold by a third-party seller, who violated the company's policies.

Over Thanksgiving and into Cyber Monday, online shopping was at a peak. But some people spotted an offensive item listed on one major retailer.

Many people were tweeting about a Christmas tree ornament with a photo of Auschwitz on it, a Nazi concentration camp where more than a million people were killed.

RELATED: VERIFY: Who is responsible if a thief steals your packages?

The Auschwitz Memorial asked Amazon to remove the star-shaped ornament and a bottle opener using the same image.

"Selling 'Christmas ornaments' with images of Auschwitz does not seem appropriate," the Auschwitz Memorial tweeted. "Auschwitz on a bottle opener is rather disturbing and disrespectful. We ask Amazon to remove the items of those suppliers."

Our Verify team got to work to find out if Amazon really did sell an Auschwitz-themed ornament, sending our researchers directly to the shopping behemoth for an answer.

An Amazon spokesperson confirmed the items were removed from their site.

"All sellers must follow our selling guidelines and those who do not will be subject to action, including potential removal of their account," Amazon's spokesperson stated. "The products in question have been removed."

Amazon also says its team reserves the right to determine whether or not an item has "historical value."

So yes, we can verify that Holocaust-themed ornaments were sold on Amazon, and have been removed.

Our researchers asked Amazon whether humans or automated computer systems -- like bots -- vet products sold on their site. They declined to comment.

Amazon encourages sellers to report seller violations directly to them.