Experts say the case also opens up the possibility for states to send their electoral votes to the national popular vote winner. 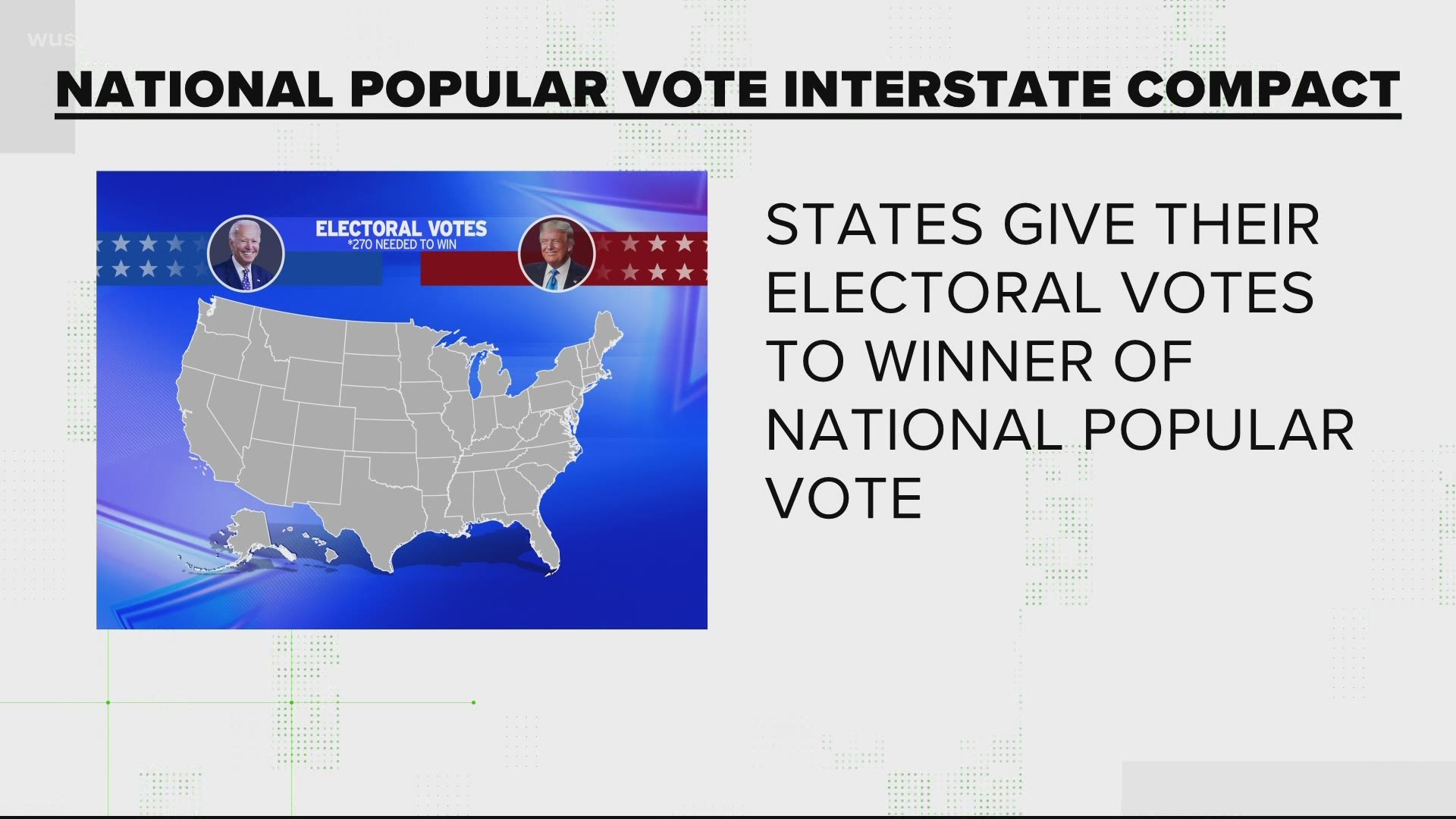 WASHINGTON — We are less than two weeks from the 2020 Presidential Election. As with every four years, it will play out in the electoral college. But will a U.S. Supreme Court decision from the summer affect the outcome?

Does a summer Supreme Court ruling mean states have the right to cast their electoral votes to the national popular majority?

Not exactly. But it opens up the possibility in the future.

The question refers to this case, “Chiafalo v. Washington.” Specifically, how that case relates to something called the “National Popular Vote Interstate Compact.”

“This is the idea that states sign a compact, where they agree provided the other states do it, that their electoral votes will be cast for the national popular vote winner,” Dr. Graber said.

Basically, under this compact, the state’s electors would agree to give their vote to whoever wins the overall popular vote regardless of how their state voted.

But Graber explained, in the “Chiafalo v. Washington” ruling, the Supreme Court did not address that popular vote compact.

Instead, it simply stated the decision about how the electors will vote can be determined by each state and not by the electoral college voters themselves.

“Constitution does say states get to choose how they will apportion their votes in the electoral college,” Graber said.

In the case, back in 2016 several electoral college voters in the State of Washington cast their votes for someone other than the winner of the state’s popular vote. The state moved to punish those voters. The Supreme Court upheld that the state had the right to do that because the states can decide where the electoral votes are apportioned, not individual electors.

So, we can Verify, the Supreme Court did recently rule on a case that confirms states have the power to decide how to cast their electoral votes. However, it did not specifically mention that states have a right to cast those votes to the national popular vote winner.

Still, our expert explained the ruling does open up the possibility that states could make that popular vote compact in the future.