VERIFY: No, Joe Biden did not fall asleep during an interview 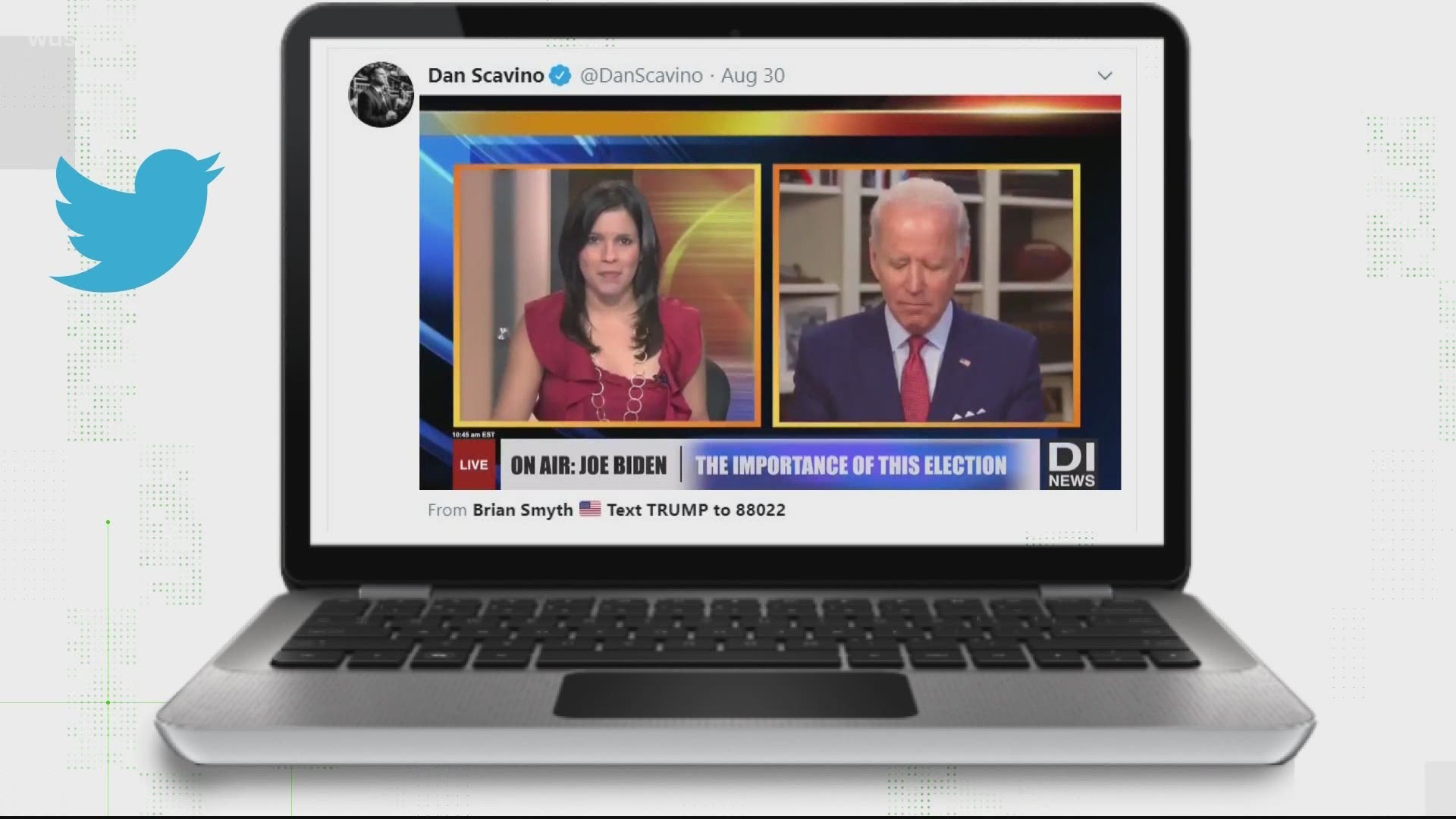 WASHINGTON — The 2020 presidential campaign is coming down the final stretch. There are all sorts of videos circulating online about the candidates. That’s why the Verify team exists, to explain what’s real and what’s fake.

Is the video legit?

No, the video some claim shows Joe Biden asleep during a television interview is not legit. It is a manipulated video.

Here's a screenshot of the video:

Twitter, CSPAN, and KBAK the CBS affiliate in Bakersfield, California.

When we dug into the video, we found the doctored video came from two separate videos.

Through a reverse image search, our team found the first video came from a 2011 KBAK interview with singer Harry Belafonte.

When the anchors attempt to interview Belafonte he appears to be asleep. The anchor tries for several seconds to get his attention, then the news crew moves on.

The same search also turned up where the video of Joe Biden appeared. That video came from CSPAN’s broadcast of Hillary Clinton’s endorsement of Biden back in April.

According to Twitter, within hours of the original post, it was removed and cited as a manipulated video by the social media company. However, it continues to circulate across Twitter.

After the original post was labeled and removed, our research team could still find other versions of the video online.