VERIFY: No, Microsoft will not pay you to forward an email

A chain email dating back to 1997 claims the company will give people $245 per person they forward it to. 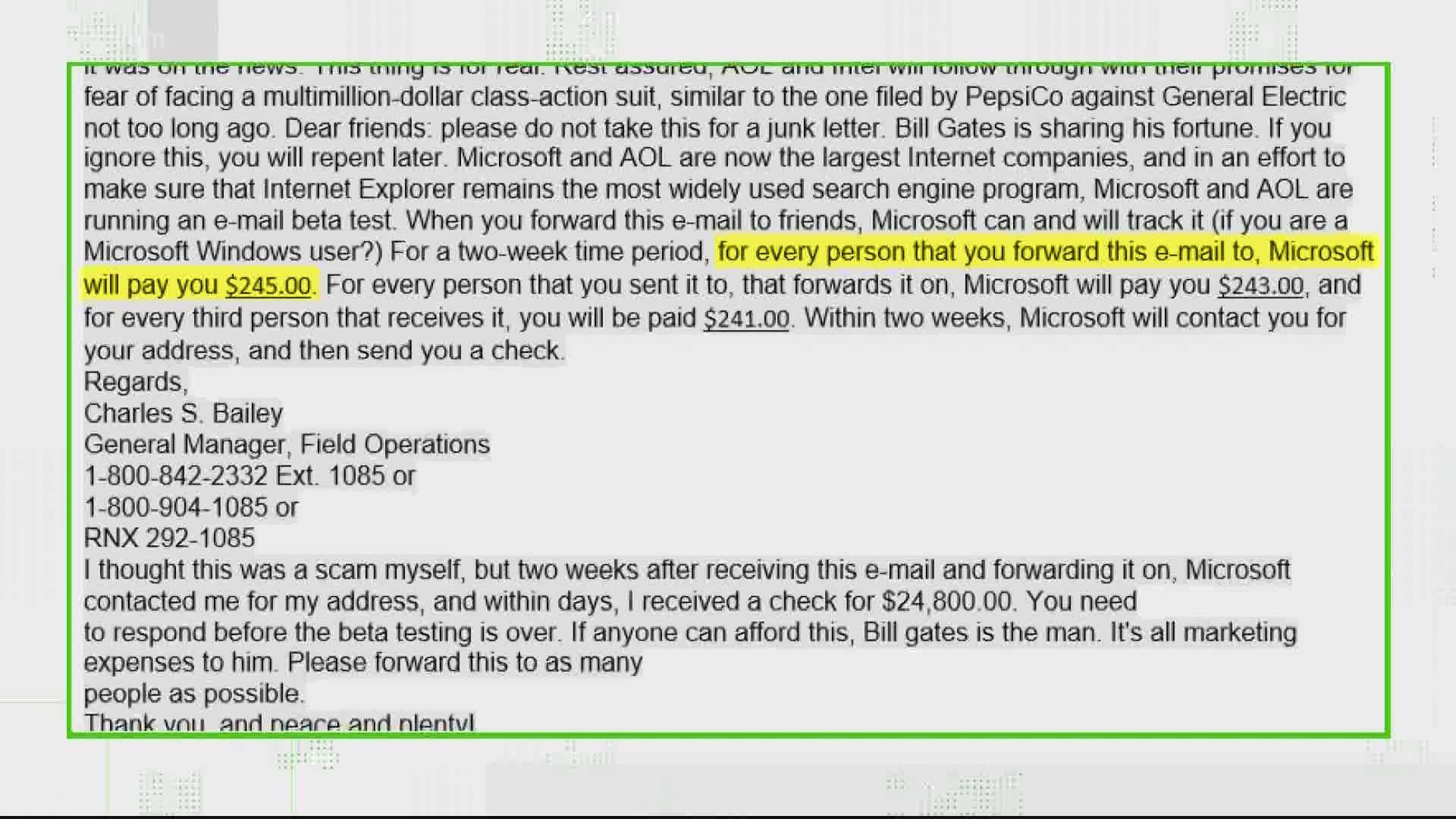 Is Microsoft paying people to forward an email?

No. Microsoft told us this email is a scam and the claims made in it are false.

A viewer messaged us on Facebook asking us to look into the claims made in an email they were sent. Here is an excerpt:

Dear friends: please do not take this for a junk letter. Bill Gates is sharing his fortune. If you ignore this, you will repent later. Microsoft and AOL are now the largest Internet companies, and in an effort to make sure that Internet Explorer remains the most widely used search engine program, Microsoft and AOL are running an e-mail beta test. When you forward this e-mail to friends, Microsoft can and will track it (if you are a Microsoft Windows user?) For a two-week time period, for every person that you forward this e-mail to, Microsoft will pay you $245.00. For every person that you sent it to, that forwards it on, Microsoft will pay you $243.00, and for every third person that receives it, you will be paid $241.00. Within two weeks, Microsoft will contact you for your address, and then send you a check.
Regards,
Charles S. Bailey
General Manager, Field Operations

We knew this email was at least dated, since AOL hasn't been one of the largest internet companies since 1999.

We forwarded the email to Microsoft, and a spokesperson confirmed to us that these claims are false and the email is a scam.

A 1997 Snopes article debunks some of the same claims, so this email has been circulating online for more than two decades.