VERIFY: No, Joe Biden's dog Major isn't as big as this photo depicts

There's some new pups coming to the White House. They're just not as big as one photo might lead you to believe. 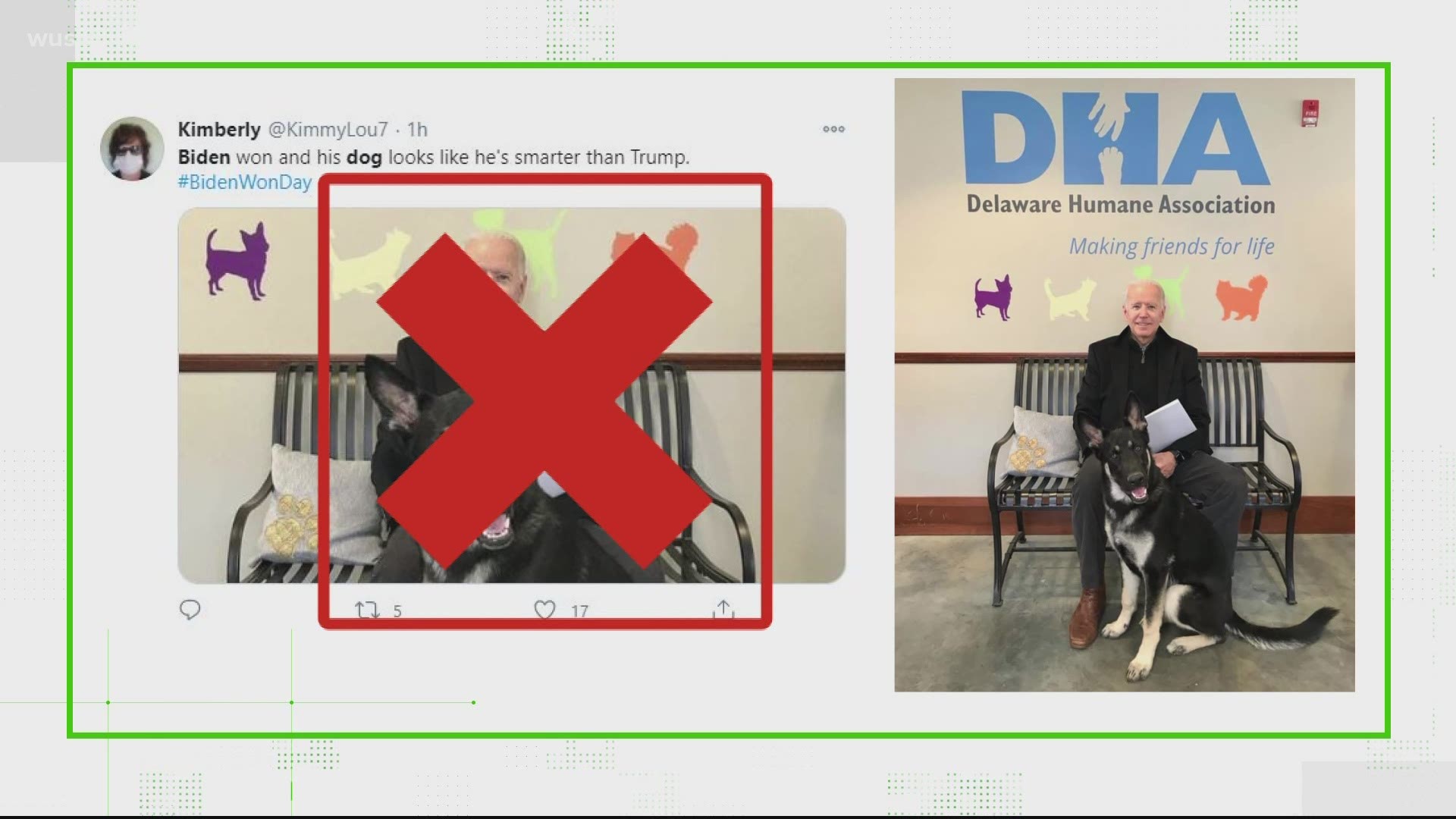 WASHINGTON — The White House is about to become a dog house again, with President-elect Joe Biden is bringing his two furry friends.

But a post going around on social media has shown one of those dogs as being... a little bit larger than usual.

The Verify team is seperating fact from fiction, even with manipulated photos. So, let's get to the bottom of it.

QUESTION: Is Joe Biden's dog, Major, really as big as this photo on social media depicts?

ANSWER: No, the photo is doctored.

PROCESS:
The photo circulating on social media has been manipulated, enlarging the size of Major. Our researchers traced back to the original photo, posted by the Delaware Humane Association back in November 2018 when the Bidens adopted him.

"Today is Major’s lucky day!" the post reads. "Not only did Major find his forever home, but he got adopted by Vice President Joe Biden & Dr. Jill Biden! The Bidens have gotten to know Major while fostering him and are now ready to make the adoption official. Best of luck and thank you for being one of our Friends for life! 🐶"

The photo shared by the DHA is a lot smaller than the one that was going viral, so we can Verify that no, Major isn't that big.

Speaking of Major, he's not the only dog about to live in the White House. Champ, another German shephard, will also join in on being the newest furry residents on 1600 Pennsylvania Avenue.

And if the name sounds familiar...there was also another Major in the White House, also a German shepherd. Franklin Delano Roosevelt kept the dog during his presidency, alongside six others.

According to the Presidential Pet Museum, President Trump was the first president since Andrew Johnson in the 1860s to not bring an animal companion to the White House. Other presidents, like John F. Kennedy, had other animals like ponies.

RELATED: VERIFY: Joe Biden is not the 4th challenger to beat an incumbent president