VERIFY: This is how drop box ballots are collected and counted

The Verify team takes a skeptical viewer through the drop box ballot collection process to separate rumor from reality and show how votes get counted. 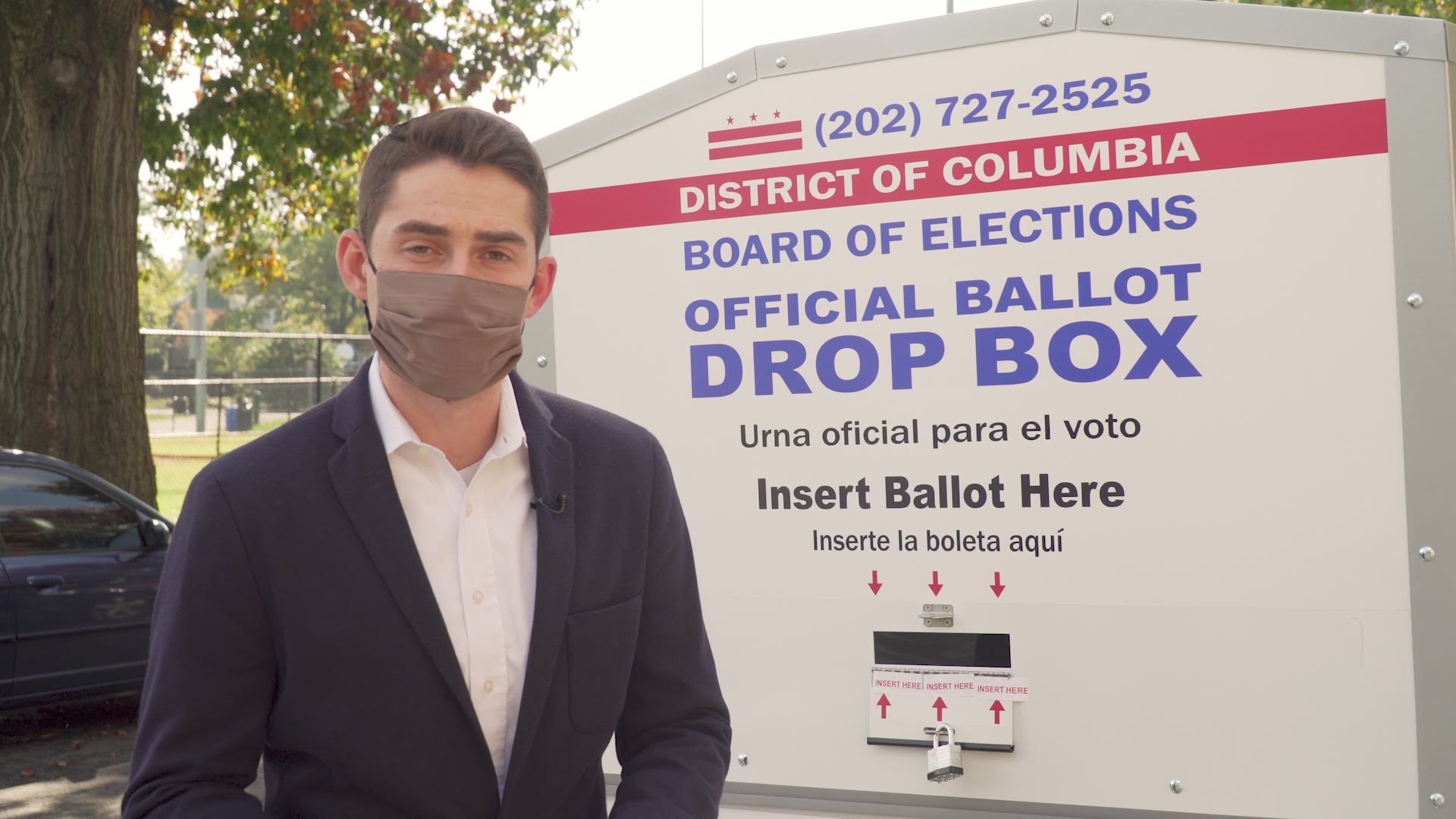 FAIRFAX COUNTY, Va. — Millions of Americans are getting their first look at a ballot drop box this election.

While some states have used them for years, because of COVID-19 concerns, at least 40 states, as well as D.C., are using drop boxes this election to help voters cast their mail-in ballots, according to research from the Stanford-MIT Healthy Elections Project.

But the seemingly simple tool is suddenly controversial.

In recent months, President Donald Trump has spoken against mail-in voting and drop boxes. In August, the President tweeted in part, “So now the Democrats are using Mail Drop Boxes, which are a voter security disaster. Among other things, they make it possible for a person to vote multiple times. Also, who controls them…”

In order to sort fact from fiction, the Verify team walked through the entire ballot collecting process from start to finish.

How are ballots collected from drop boxes and then counted?

Elections are run by the states, which have different rules regarding ballot drop boxes.

But elections experts, including the National Conference of State Legislatures, tell Verify they are not aware of any state or county that allows anyone other than elections staff to touch a ballot once it is placed in a ballot drop box.

Sharon Lenius, 80, is a Verify viewer in Fairfax County, VA. She reached out to the Verify team with concerns about her county’s new ballot drop box.

Virginia is one of several states requiring counties to offer ballot drop-off options for voters this election. Fairfax County now has manned drop boxes inside its polling places, as well as one unmanned box: a repurposed tax collection box outside the county elections office that sits under 24-hour surveillance.

So now the Democrats are using Mail Drop Boxes, which are a voter security disaster. Among other things, they make it possible for a person to vote multiple times. Also, who controls them, are they placed in Republican or Democrat areas? They are not Covid sanitized. A big fraud!

Lenius says she does not support President Trump, but she’s still skeptical of drop boxes, adding that she wouldn’t use a drop box to cast her ballot.

“I just don’t think that’s a really safe place to vote,” Lenius said. “Where are the ballots going?”

“Everyone who has access to the ballot is an employee of our office,” Scott said, adding that it is against Virginia state law to hire personnel based on political party.

Credit: WUSA9
Ballots are being collected from a dropbox in Fairfax County.

The bagged ballots then head inside the elections office to a sorting room, where elections workers check them into a computer system and mix them in with the other mail-in ballots.

Credit: WUSA9
Ballots are sorted and categorized in Virginia.

The ballots then head to pre-processing, where staff scan them for a second time.

Credit: WUSA9
Ballots are being collected and sorted and scanned.

Finally, they go to a counting room, where elections workers run the ballots through a high-speed machine. The votes go into the system, but won’t be counted until election night, according to Fairfax County Elections staff.

Virginia voters can track their ballot online, and Gary Scott says the system flags any attempt from a registered voter to vote twice.

RELATED: VERIFY: Here are the deadlines for mail-in ballots and when ballots will be processed around the DC area

“It’s not perfect, and I’m not going to claim that it’s perfect, but it’s as secure as we can possibly make it,” Scott told Verify.

After the walkthrough, Sharon Lenius said she is still skeptical of drop boxes and plans to vote in-person.

“I believe the ballot drop boxes are safe if the process is continued as shown here,” Lenius said. “I think the process is going to work. It is a lot of work.”

“Every voter needs to determine for themselves how they feel comfortable voting,” Scott said. “Yes it is safe, but we want the voters to feel safe about what they’re doing.”

Maryland also just got its first drop boxes in 2020.

Stuart Harvey is the Elections Director in Frederick County, which now has eight open drop boxes. President Trump won the county in 2016.

“You can never 100 percent guarantee anything when it comes to elections, but I am 99 percent confident these are secure,” Harvey said. “I’ve put my ballots in drop boxes in the primary election. Friends and relatives and elected officials are using the drop boxes.”

Ballot drop box rules vary state-to-state. The National Conference of State Legislatures is tracking state-by-state policy changes for absentee and mail voting in 2020 on this page.

The NCSL as well as several election experts told the Verify team they are not aware of any state or county that allows anyone other than elections officials to handle ballots once they’ve been cast in a drop box.