Nancy Pelosi gifted a folded American flag to George Floyd’s family last week. Many are asking if she bestowed an honor meant only for veterans. 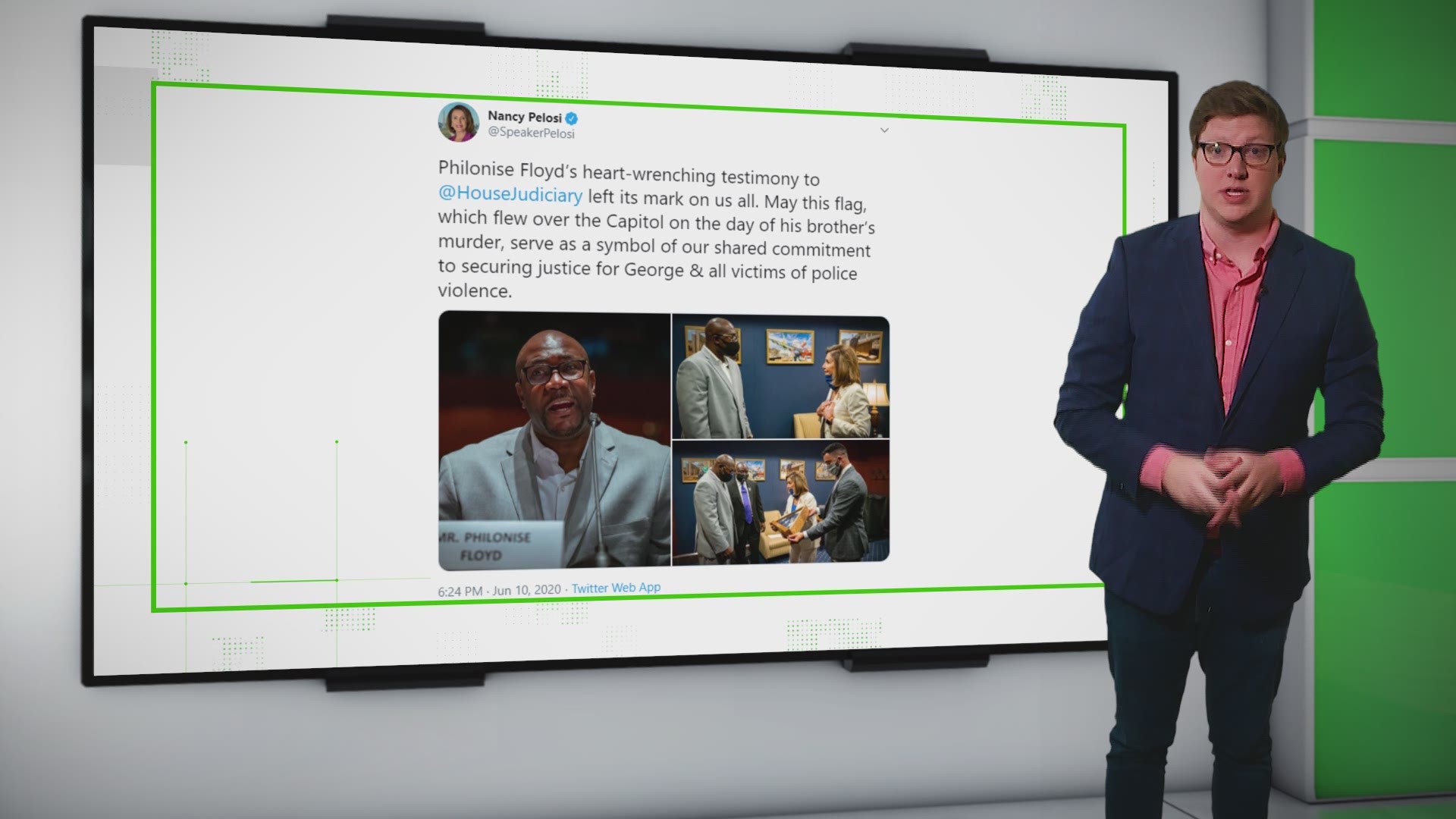 “May this flag, which flew over the Capitol on the day of his brother’s murder, serve as a symbol of our shared commitment to securing justice for George & all victims of police violence,” she wrote.

This gift and tweet led to multiple articles and social media posts questioning the act.

And a VERIFY viewer asked if “Nancy Pelosi gave a folded flag to the family of George Floyd?... I thought this was only given to veterans.”

Are folded American flags only meant to be gifted to veterans or the families of fallen veterans?

No. There certainly are honored military ceremonies that give flags to veterans or families of fallen veterans, but that’s not the only way a flag can be gifted.

The U.S. Flag Code doesn’t mention rules regarding the gifting of the flag or who can receive one.

The only rules regarding gifting of the flag come from the Architect of The Capitol, a government office that oversees maintenance and care of government grounds and facilities. It also facilitates the gifting of about 100,000 flags each year through their Capitol Flag Program. The only rule is that a member of Congress has to request and gift it.

Congressional members like Nancy Pelosi can request flags and gift them as they see fit.

It’s also important to note that these rules only apply to flags that have specifically flown over the U.S. capitol. Other flags can be purchased and gifted by anyone.

For one extra bit of proof, VERIFY reporter Jason Puckett was gifted a flag by Senator Richard Burr more than a decade ago as recognition for achieving the Eagle Scout rank in Boy Scouts. Along with the flag came a certificate from the Architect of the Capitol certifying that the flag had flown over the U.S. capitol. You can see the flag and certificate in the video above.

RELATED: VERIFY: Here's what you should know about the drug dexamethasone