A social media post claims that there could be criminal penalties for protesters in Maryland. 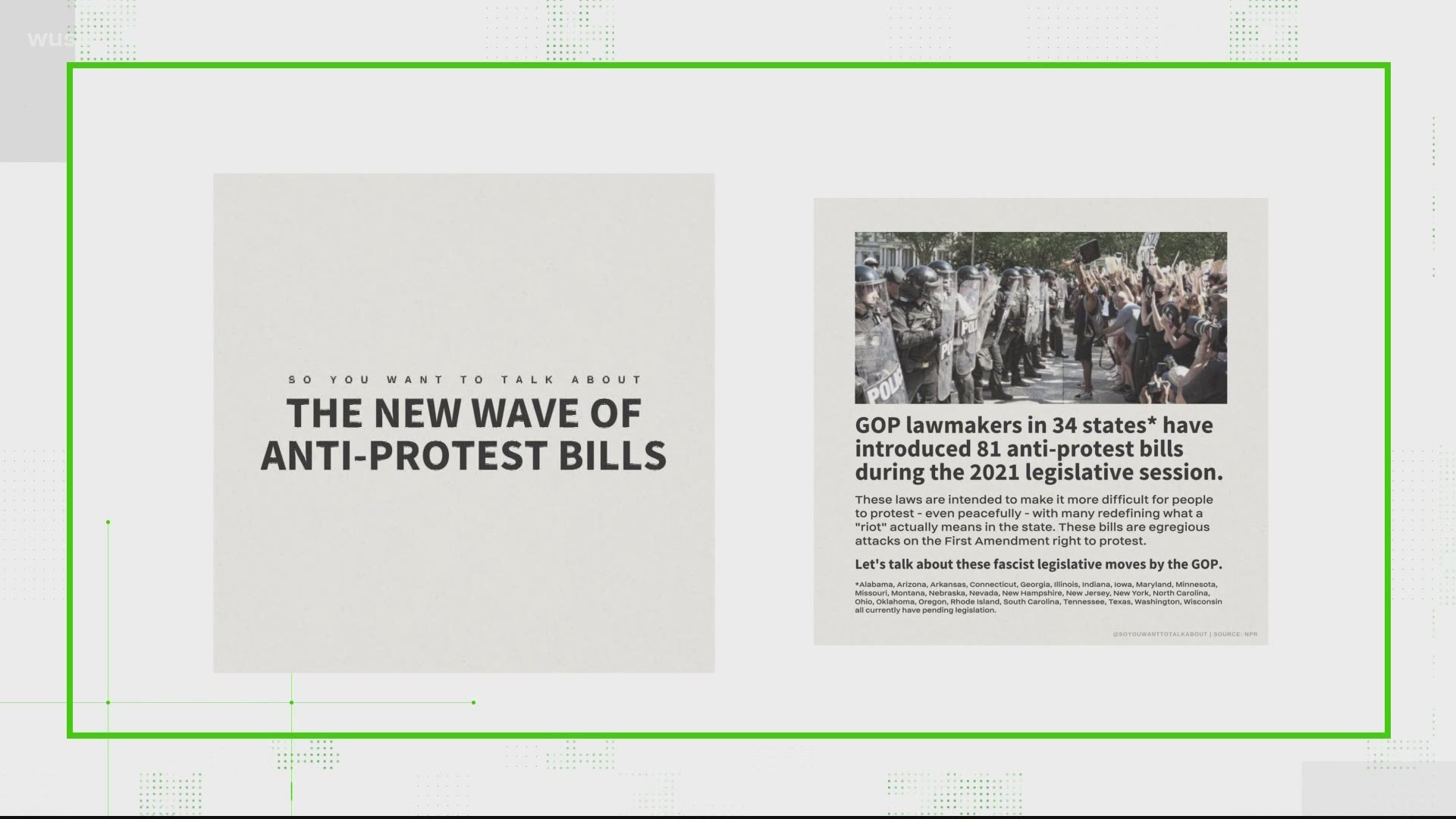 Our Verify team is fact-checking a claim about a proposed law introduced in Maryland during its last session.

A social media post claims that there could be criminal penalties for protesters in the state. The post was shared on Instagram to a page that has over two million followers.

We can confirm that HB0645 was introduced, but not for the purpose of charging protesters with crimes.

"There's a lot of discussion about this bill but I don't think it's for the purpose of what this bill was intended to do a chance to prevent people from blocking Queen Anne's County, from the rest of the world and if you will,” Arentz said.

Delegate Arentz represents the 36th District in Maryland. He introduced House Bill 0645 earlier this year he said at the request of the Queen Anne’s County Commissioners after multiple incidents involving the Bay Bridge.

#GetUpDC There’s a post floating around the socials claiming a new anti-protest bill was proposed in Maryland. This morning we’re #verifying if this post is true or not. @wusa9 pic.twitter.com/N6aH5OlxWI

“What prompted this bill was earlier this year a gentleman went up to jump, and that initiated our emergency response,” Arentz added.

Arentz said the Bay Bridge lanes were reduced for some 17 to 24 hours before getting him down. Making getting in and out of that area virtually impossible.

“That totally stopped our ambulances from running over there which put a heavy load on the emergency room we do have, and it also stops commerce, and commerce is a very big part of us because we don't have the big businesses over here,” Arentz said.

The bridge has also seen other problems.

“They also had an issue where the guys with the fast cars were in Ocean City, and somebody decided to get on a Bay Bridge and start doing donuts,” Arentz added.

Arentz said HB0645 would’ve given them the opportunity to ticket or charge those people as a deterrent to prevent it from happening again, but the bill went nowhere last session. It wasn’t even discussed for possible amendments and its future is uncertain.

“I will talk to the Queen Anne's County commissioners, and again, as I said I am the vehicle for the bill because I am the delegate, now [the] talk is done, and we will have conversations. We will talk about what held the bill up. It really surprised me that we didn't get a lot of questions because almost everybody in the state has traveled that Bay Bridge and they know that it is a lifeline--it's the main artery for us,” Arentz said.

RELATED: Group of drivers does donuts on Beltway, stops traffic