VERIFY: Yes, despite the pandemic, DC ran a surplus in 2020

District officials explained a combination of cuts and increased revenue led to a more than $500 million surplus. 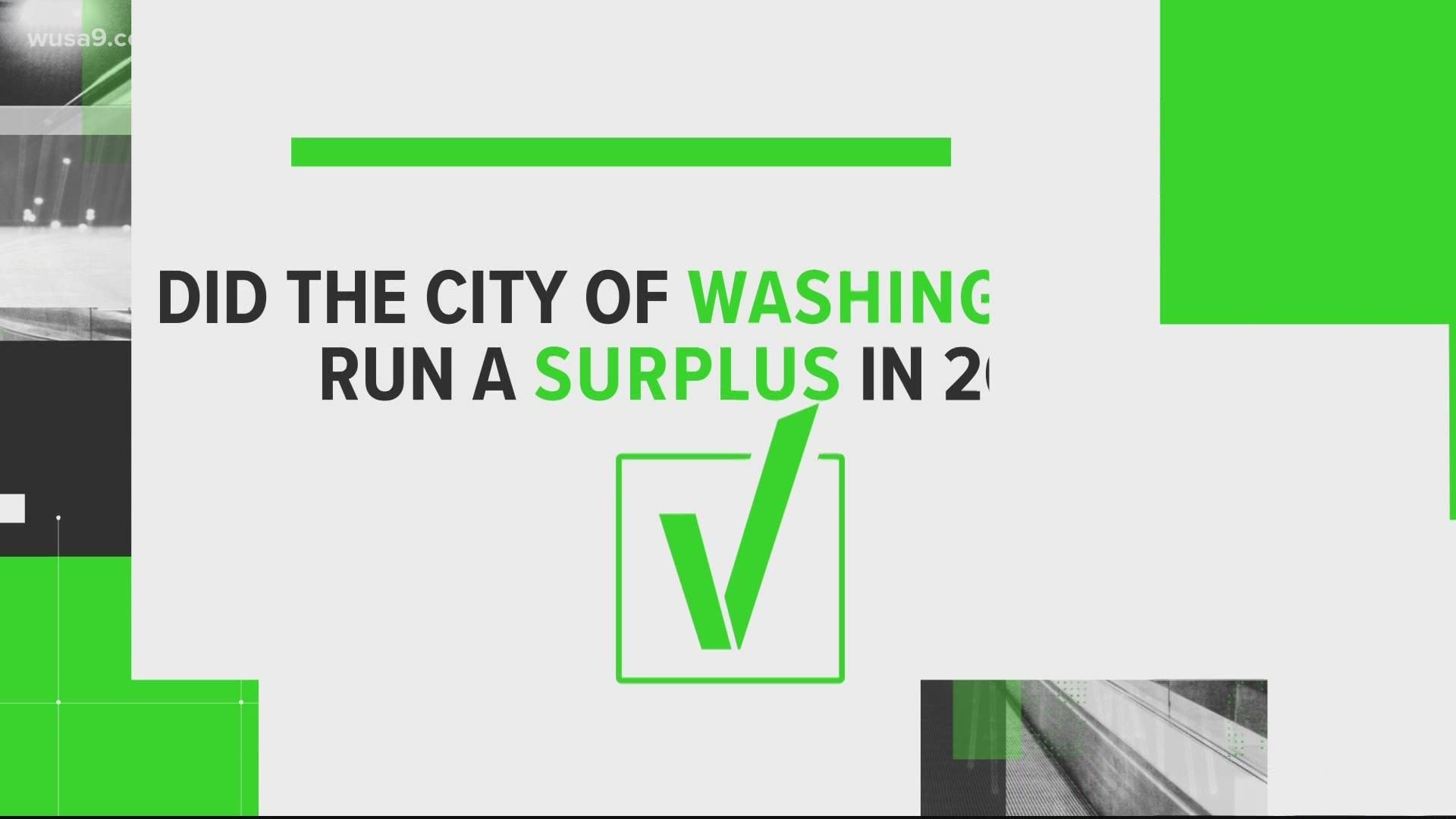 WASHINGTON — The coronavirus has wrecked state and local budgets across the country. Many cities ran deficits in 2020. But in the District of Columbia that isn’t the case.

Did the Government of the District of Columbia run a surplus in 2020?

We started with the Council of the District of Columbia’s Feb. 3 meeting on the city’s finances.

“Last year ended with a surplus because we only didn’t spend 1.3% of the budget and revenues came in better than expected,” Councilman Phil Mendelson said.

Yes, D.C.’s 2020 budget ran a surplus. According to financial documents, in the middle of the pandemic, D.C. was forced to cut spending. By the end of the year, tax revenue came in significantly higher than expected.

The two elements combined gave the city a surplus of more than $526 million.

A surplus in a pandemic, completely unexpected and throughout the meeting various council members expressed apprehension about the surplus.

“I am concerned that we maybe took a little too conservative of a path,” Silverman said. “While people are on what I would call, like an economic death spiral, we may look like we were hoarding cash.”

So what happens to that extra money?

“By law, the surplus to a fund for affordable housing and a capital fund for infrastructure needs,” Mendelson explained.

But Silverman added the mayor and the council together could decide to move the money to where it's needed most.

But there is still another looming issue. In that same financial meeting, city budget officials warned D.C. faces projected budget shortfalls for the next few years. So, it is not set in stone what could happen to the 2020 surplus.

It’s also important to note this budget surplus was for Fiscal Year 2020 that ended in September 2020. Those numbers don’t count the last four months of 2020 and how they performed.