VERIFY: Yes, 2018 was the worst year for gun violence on school grounds

DC area students are expected to walk out of schools, protesting gun violence exactly one year after national school walkouts took place following the Parkland School shooting. The Verify team is tracking down the facts on gun violence incidents at schools. 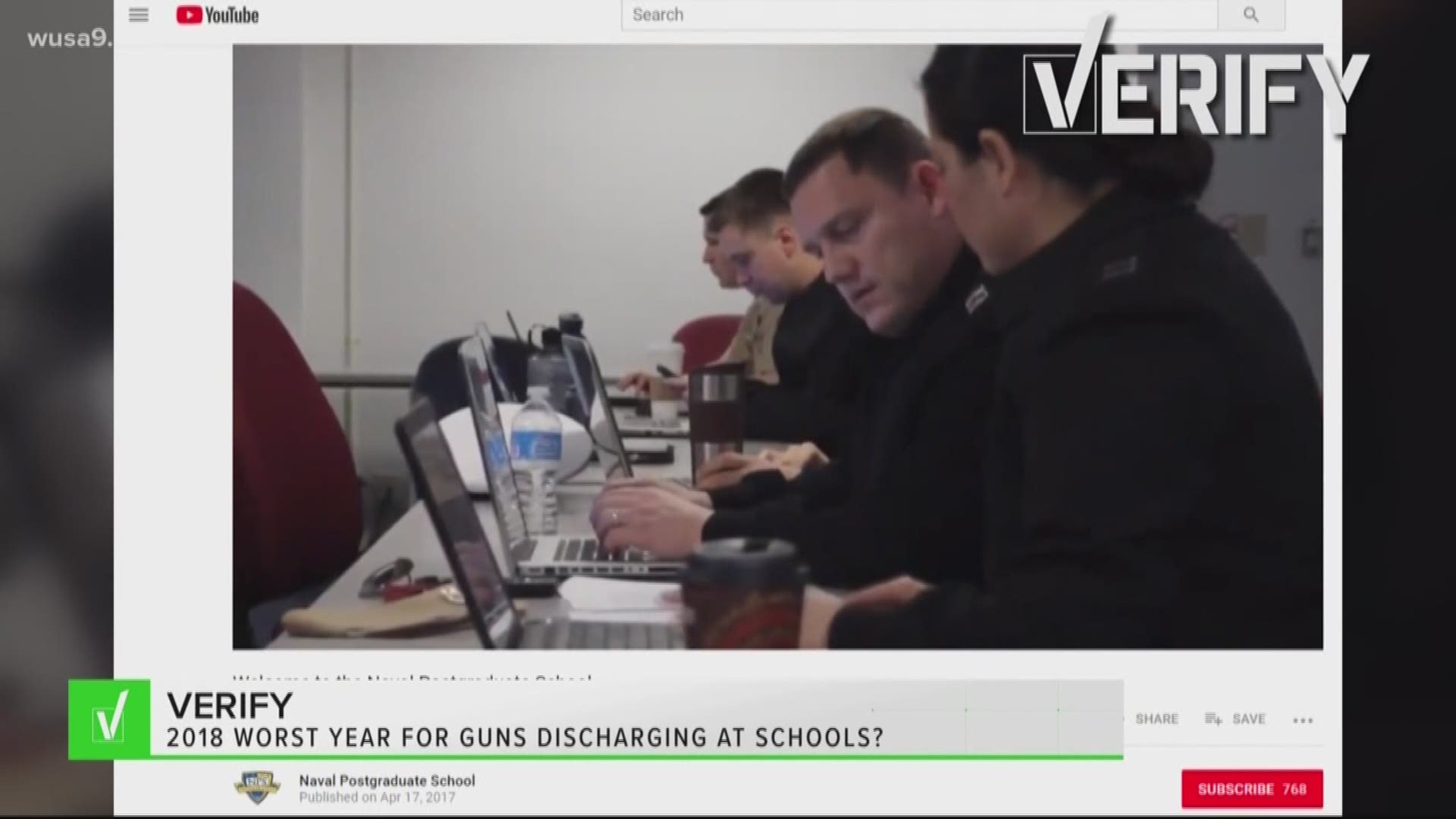 WASHINGTON — With the planned school walkout against gun violence happening at Montgomery County Schools tomorrow, the Verify team took a look back at 2018 and asked if it was really the worst year for gun violence at schools?

We first looked at data from the Naval Post Graduate School, a school for armed forces and national security studies.

They count a "school shooting" as any instance when a gun is brought on school property and fires, regardless of intention.

Their data shows 2018 was the worst year for firearm discharges in schools a record 97 incidents.

A staggering spike from 2017, 44 firearm incidents.

We also checked with non-profit, EveryTown For Gun Safety.

They too found 2018 as the worst year for gun violence at schools in the past 5 years.

EveryTown tracked 103 incidents of gunfire on school grounds, 60 of them fatal.

And the latest CDC stats show deaths from firearms rose nationally as well with nearly 40,000 dying from guns in 2017.

So we verified 2018 was a record high year for firearms discharging on school property.

There have been 17 gun related incidents at schools so far this year.