VERIFY: No, scientists didn't say AirPods cause cancer. But they do have questions.

Phone companies have been pushing everyone toward wireless headphones. Now, researchers are saying those cause cancer? Well, maybe not. We're Verifying. 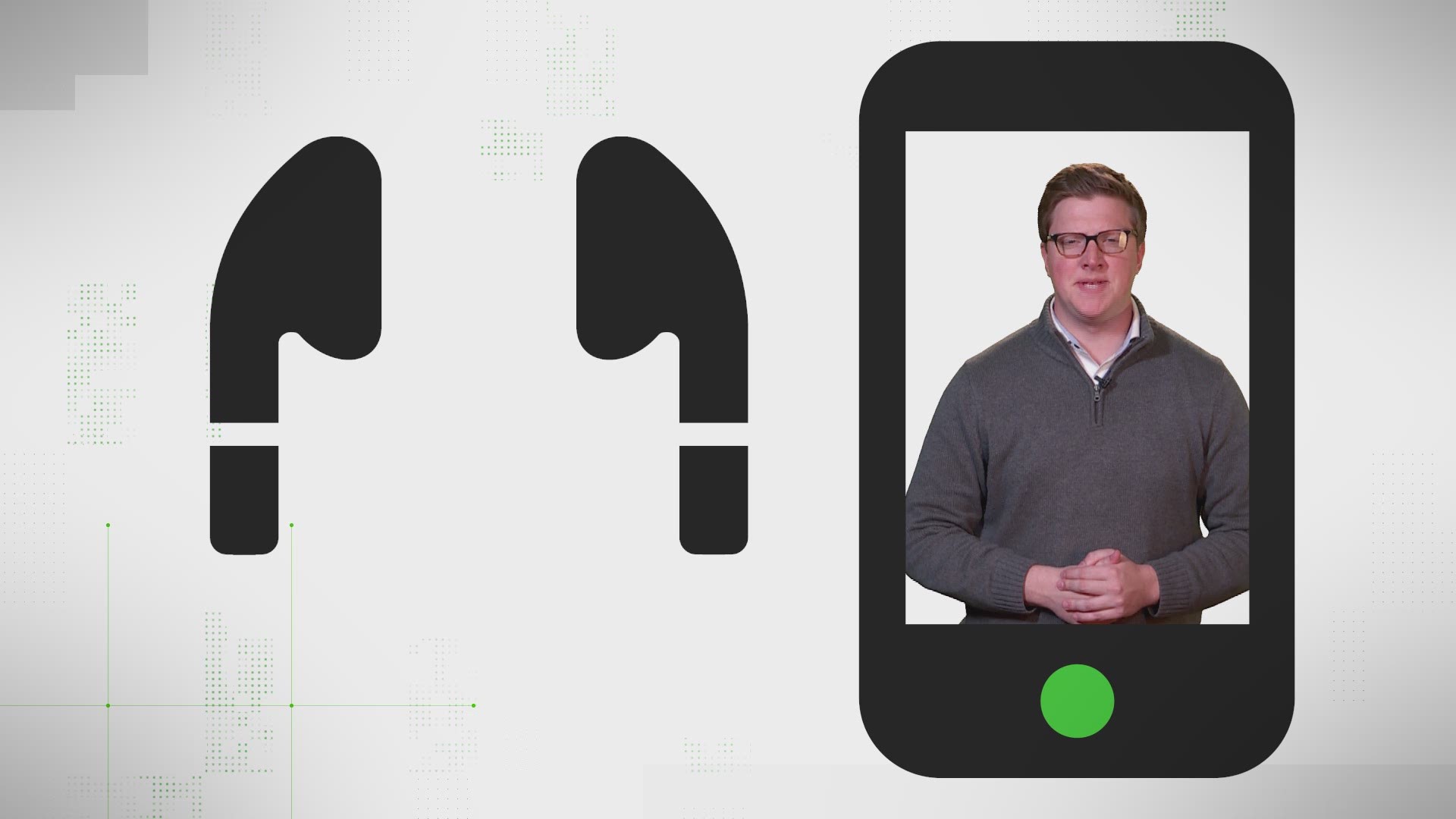 As phone manufacturers, like Apple, continue to remove headphone jacks from cell phones, customers have been buying more wireless headphones.

Now there are some claiming those wireless headphones can cause health concerns or cancer. That’s the claim that first surfaced in an article on Medium.com. It’s since been picked up by a number of other sites and shared across social media.

Are these claims accurate? Are scientists really warning about AirPods and wireless headsets?

There was a declaration made by a number of scientists warning about the dangers of certain electromagnetic fields (EMF). That declaration was made in 2015, though, and while it does mention technology that AirPods and other wireless earbuds use, it doesn’t directly point to them as a concern.

The declaration in question was made in 2015 by hundreds of scientists worldwide.They sent it to the World Health Organization and the United Nations.

It said that the scientists have “serious concerns regarding the ubiquitous and increasing exposure to EMF generated by electric and wireless devices.”

The National Institutes for Health defines non-ionizing EMF as “low to mid-frequency radiation which is generally perceived as harmless due to its lack of potency.” The agency's charts show that non-ionizing EMF comes from microwaves, computers, WiFi networks, cell phones and Bluetooth devices like AirPods.

Ionizing waves are defined as “mid- to high-frequency radiation which can, under certain circumstances, lead to cellular and or DNA damage with prolonged exposure.” The NIH charts list sunlight, x-rays and some gamma rays as examples.

RELATED: VERIFY: Yes, the number of migrants caught at the border in February was the highest in years

Ionizing EMF is much more highly regulated than non-ionizing and that’s where AirPods come into play.

Since Airpods use non-ionizing EMF in the form of Bluetooth, those accessories would fall into the category of items the scientists are expressing concerns over.

Putting it simply, scientists are concerned that the current guidelines for safe exposure to EMF may be too high.

But despite numerous studies, there hasn’t been definitive proof that extended exposure to non-ionizing EMF is dangerous. And currently all wireless technology, including Airpods, have to meet FCC guidelines.

While the declaration did ask for renewed attention to EMF effects on the human body, they never specifically mentioned AirPods or showed evidence they were specifically linked to cancer. That means claims that scientists say Airpods can cause cancer are FALSE.