VERIFY: Here's a timeline of previous government shutdowns in the U.S. 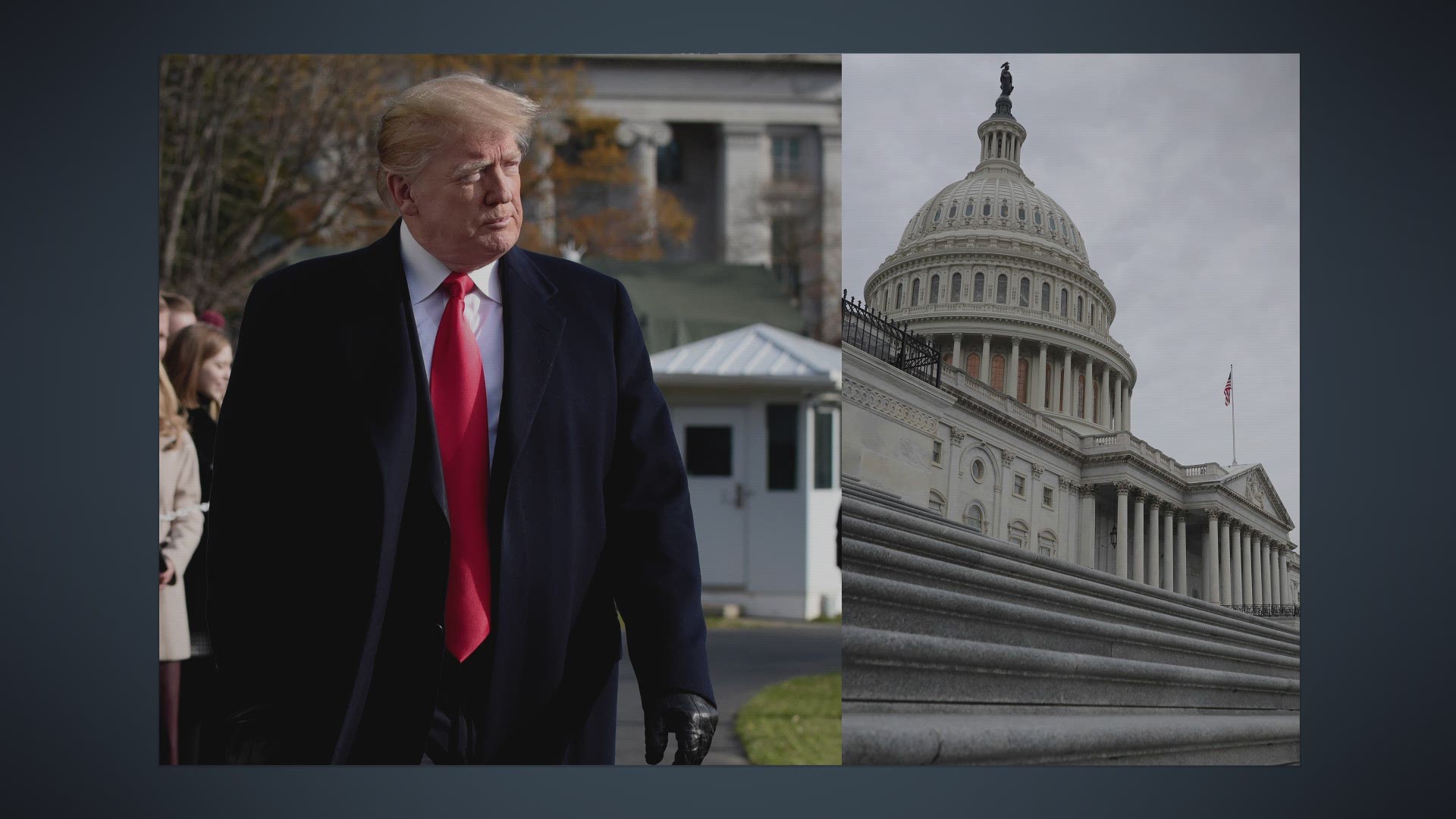 We’re in Day 13 of a government shutdown as President Trump continues his war with Congress over funding for his border wall.

Multiple news outlets have posted articles about the previous number of shutdowns and how long they’ve lasted, but most tend to cite a congressional research service report and say that this is either the 19th or 21st shutdown in U.S. history.

Well, turns out they’re wrong - or at least misleading by calling them all “shutdowns.”

WHAT IS A SHUTDOWN

A funding gap is when money used to pay for government projects, or to fund government departments, doesn't get approved by Congress before it runs out. This means there’s a gap before additional funding is approved.

A Congressional Research Service report has a wordy definition for it:

“The interval during the fiscal year when appropriations for a particular project or activity are not enacted into law, either in the form of a regular appropriations act or a continuing resolution (CR), is referred to as a funding gap.”

Per the Antideficiency Act, when a funding gap occurs, the government must begin a shutdown process and start temporarily laying off personnel and departments until the funding can be attained.

Before diving into research on historical government shutdowns, it’s important to note that the modern understanding and definition of the event differ from what it was before 1990.

In 1976, Congress passed the Congressional Budget and Impoundment Control Act and set up the federal budgeting process.

As mentioned above, when funding can’t be approved or attained, the government enters a funding gap and must begin a shutdown process.

CRS reports list 18 previous funding gaps that occurred before 2018. If you add the three that have happened under President Trump, that number would reach 21.

“Although a shutdown may be the result of a funding gap, the two events should be distinguished. This is because a funding gap may result in a total shutdown of all affected projects or activities in some instances but not others,” CRS report Federal Funding Gaps: A Brief Overview explains.

While there have been 21 funding gaps since 1976, there have only been 11 instances where government employees were furloughed, or sent home without pay.

The last five shutdowns go back to President Clinton’s administration.

There were two under Clinton in 1996 that lasted a total of 26 days. President Clinton’s administration oversaw the longest shutdown to date at 21 days.

One shutdown happened under President Obama in 2013 and lasted 16 days.

Before the current shutdown, President Trump faced two smaller funding gaps that were deemed shutdowns because a number of personnel were furloughed.

Using the numbers in multiple CRS reports, we can VERIFY that the current shutdown is currently the third longest in U.S. history and is the 11th shutdown where employees were sent home without pay.

For more information, check out these reports by the Congressional Research Service:

Shutdown of the Federal Government: Causes, Processes, and Effects