VERIFY: Are shark attacks on the rise?

Researchers found that the rate of shark attacks along the Eastern seaboard and Southern Australia, have doubled in the last 20 years. 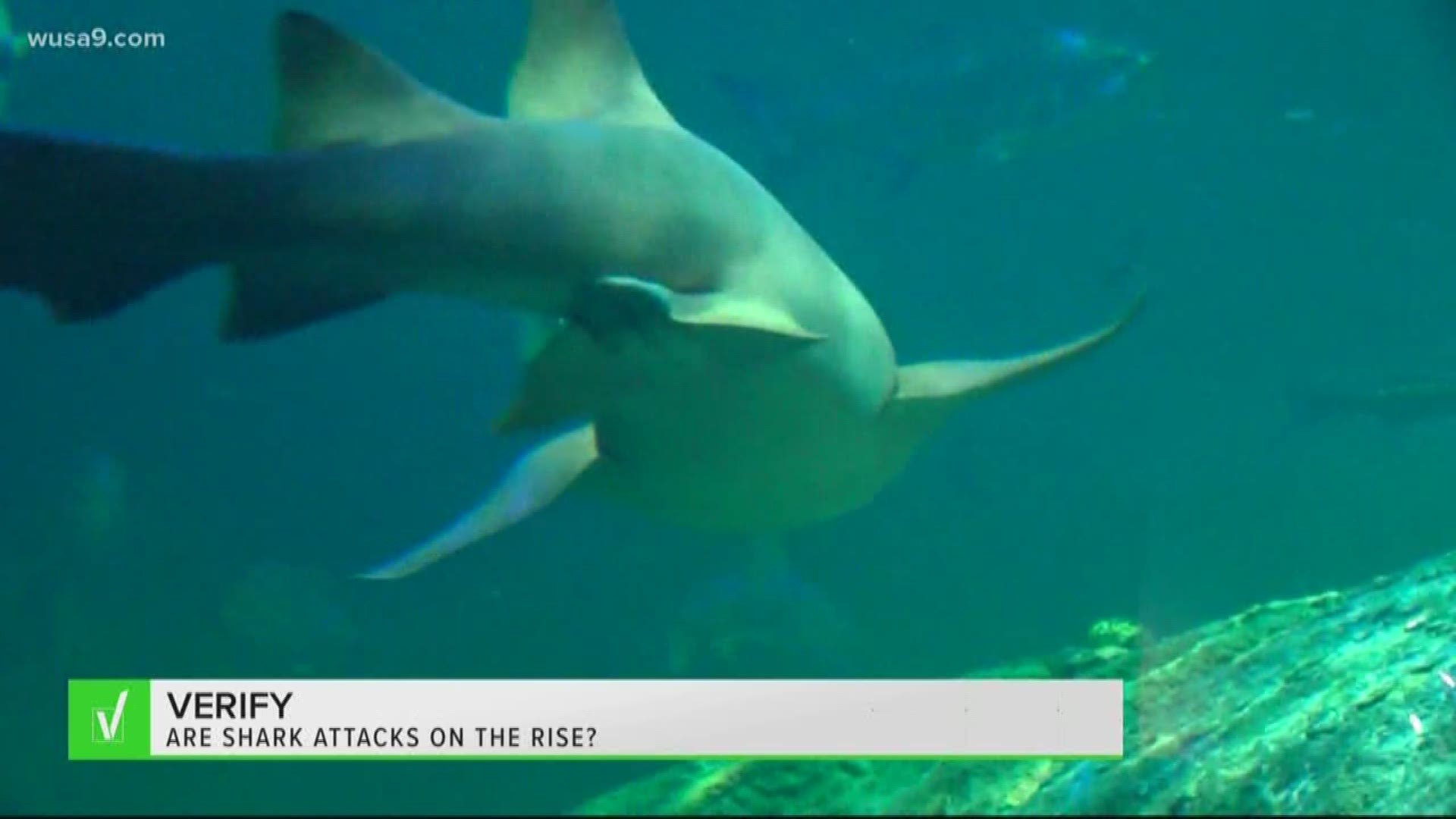 Are shark attacks on the rise?

Yes, but only in parts of the world where shark attacks are already prevalent, like Australia, Hawaii and Florida.

A viewer reached out to the team after hearing shark attacks are on the rise.

She asked us to verify if shark attacks have really increased?

Our researchers traced media reports about this topic to George Burgess. He's a fish science expert who's been studying sharks for 45 years at Florida State University in partnership with the Florida Museum of Natural History.

Together with researchers Stephen Midway from Louisiana State University and Tyler Wagner from Penn State, they analyzed global shark attacks over the last five decades, and discovered that in highly populated regions like our Eastern seaboard and Southern Australia, shark attack rates have doubled in the last 20 years.

The reason has a lot to do with the human population growth in popular beach destinations like Australia, Florida and Hawaii. More bodies in the water, mean more attacks.

If you zoom out, and look at the whole picture, it's sort of a mixed bag.

"The increase in attacks—particularly in the United States, Australia, and South Africa—have been attributed to increases in human population and the subsequent increase in water-based recreational activities," the study reads. "In fact, although the claim of increasing shark attacks is often made in popular media, when adjusting for population growth the true risk may actually be declining in some places."

So we can verify, yes, in parts of the world where shark attacks are already prevalent, there is a slight rise in the rate of shark attacks. That increase is directly linked to the sheer number of people.

Still, researcher say the risk of encountering a shark in the wild is extremely low.

Individuals are more likely to accidentally die from the flu, a bike accident, being struck by lightening, in a train crash or from fireworks.

The chances of being fatally injured by a shark is 1 in 3,728,067 according to data from the compiled by the International Shark Attack File.