A man and a woman found dead inside a burning home in SE DC "may have suffered injuries unrelated to fire". 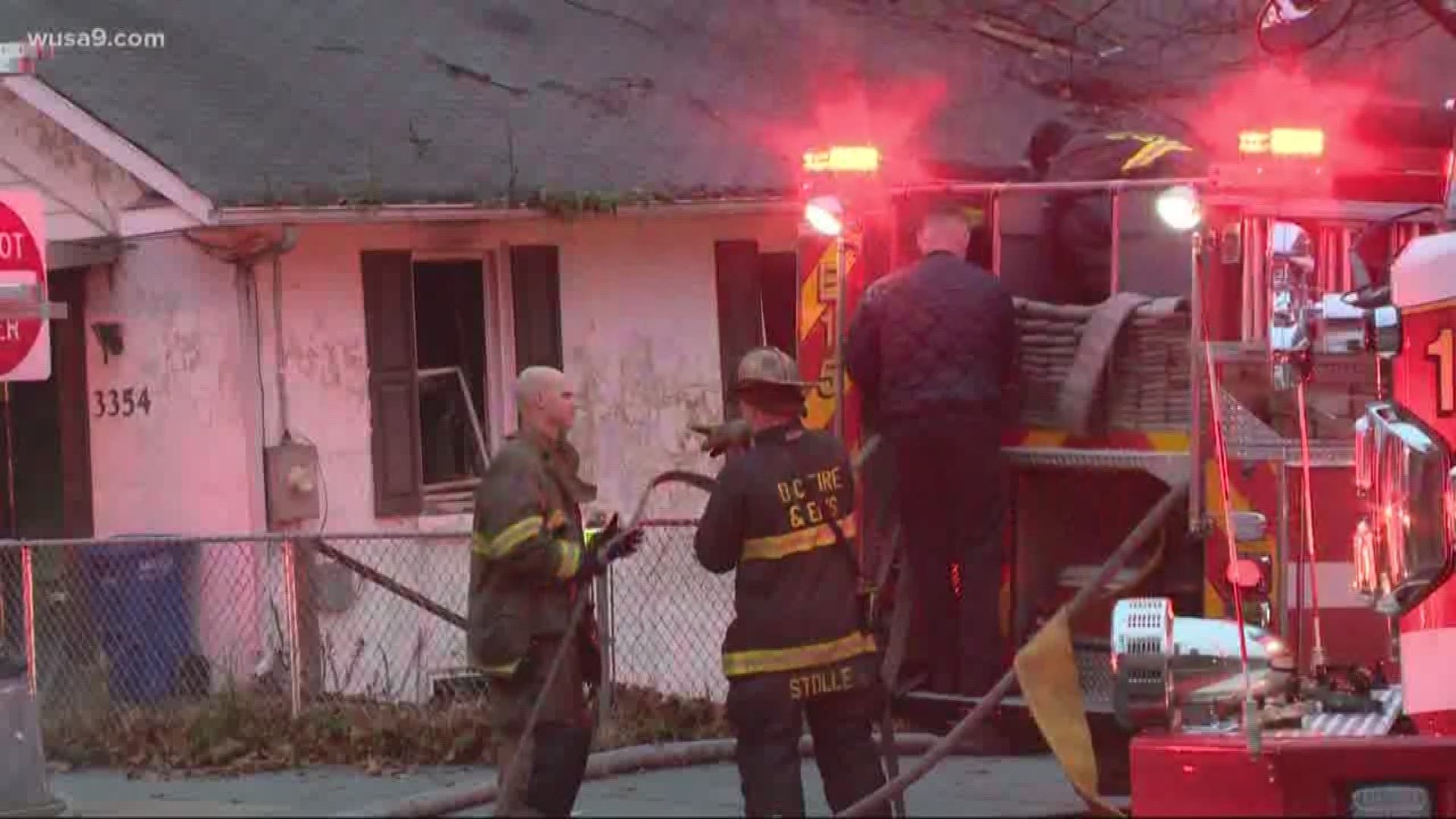 Two people are dead and a firefighter was rescued after falling through the floor of a burning home in southeast DC.

According to Vito Maggiolo, spokesman for DC Fire and EMS, two deceased victims, a man and a woman, were found inside a home that caught fire in the 3300 block of Ely Place around 6:20 a.m.

Maggiolo said one of the victims was found on the first floor of the house and the other was found in the basement.

The fire started on the first floor and caused minor damage to the basement.

D.C. police are now leading the investigation and working to confirm whether the victims' injuries "took place as a result of the fire, or possibly something that happened beforehand," Maggiolo said.

A second alarm was called after a firefighter fell through the floor of the burning single story home. The firefighter was rescued and is uninjured after being evaluated by EMS on scene, according to fire officials.

Patrick Thompson, a neighbor, says he knew the male victim well. He said he kept his dog at the house on Ely Place and the man who lived there helped him care for it.

"I come over in the morning and feed and walk them," said Thompson. "I got a call this morning that the house was on fire, so I rushed over here and everybody was already here."

Maggiolo said there were several dog houses in the backyard of the home. He said one large dog was safely rescued from the backyard. Fire investigators do not believe any dogs were harmed in the blaze.

According to Maggiolo, a second small fire was sparked nearby in the 3300 block of D St., at the same time as the deadly blaze on Ely Place. The two homes are across an alley from each other.

Maggiolo says investigators are looking very closely at whether or not the two fires are related, but they do not believe the same fire spread between the two homes.

Paul Carden, spokesman for the Red Cross, says they are assisting four adults and two children displaced by the fire on D St.

Officials said the children were not home at the time, and those who were home escaped uninjured. Carden says the Red Cross is providing funds for food, clothing, temporary lodging, as well as information on city agencies that can help them.

“From what my volunteers have said it’s an emotional experience for them. First, having a fire in your own home,” said Carden. “And then being next to a fatality fire, so there’s an emotional aspect. They’re like anyone else, just recovering from the shock of this type of event.”

Maggiolo said the Office of the Chief Medical Examiner will determine the victims' cause of death.