The president says if governors fail to take action, he will deploy the United States military and “quickly solve the problem for them.” 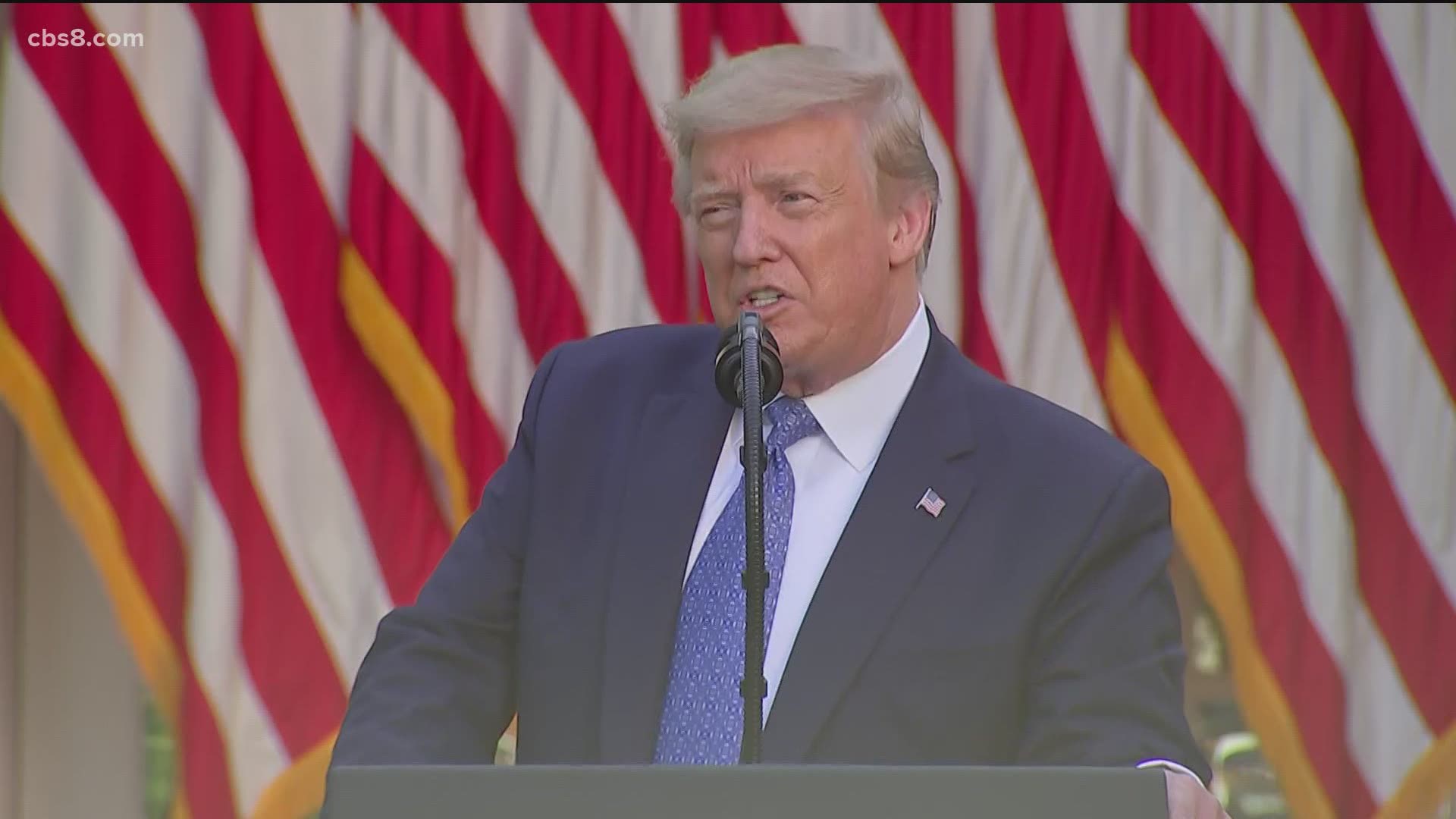 WASHINGTON (AP) — President Donald Trump has threatened to deploy the United States military unless states quickly halt the violent protests that have convulsed cities from coast to coast.

Trump said on Monday that he was recommending governors deploy the National Guard in sufficient numbers to “dominate the streets.”

The president says if governors fail to take action, he will deploy the United States military and “quickly solve the problem for them.”

His statements came as the U.S. braced for another round of violence at a time when the country is already buckling because of the coronavirus outbreak and the Depression-level unemployment it has caused.

"This is not like deploying soldiers and Marines into Iraq or into Afghanistan. This is, we're going to be confronting our fellow citizens," he said.

James specifically recalls what happened when Camp Pendelton troops were sent to patrol the streets of Los Angeles nearly 30 years ago, after Rodney King was brutally beaten in custody.

Amid racial unrest across the nation, President Donald Trump on Monday declared himself “the president of law and order” and threatened to deploy the United States military to American cities to quell a rise of violent protests.

After speaking in the White House Rose Garden, Trump walked across Lafayette Park to a church, his way cleared by authorities.

Some Democratic governors are resisting President Donald Trump’s threat to deploy the U.S. military unless they dispatch National Guard units to “dominate the streets” in reaction to the violence that has gripped the country.

Illinois Gov. J.B. Pritzker says he doesn't believe the federal government can send military troops into his state. He accuses Trump of creating an “incendiary moment" by threatening to do so.

RELATED: White silence can be deafening for racial equality