Recent filings suggest an initial path to begin the trial as early as May 20 is in doubt, because of extensive evidence defense lawyers must review. 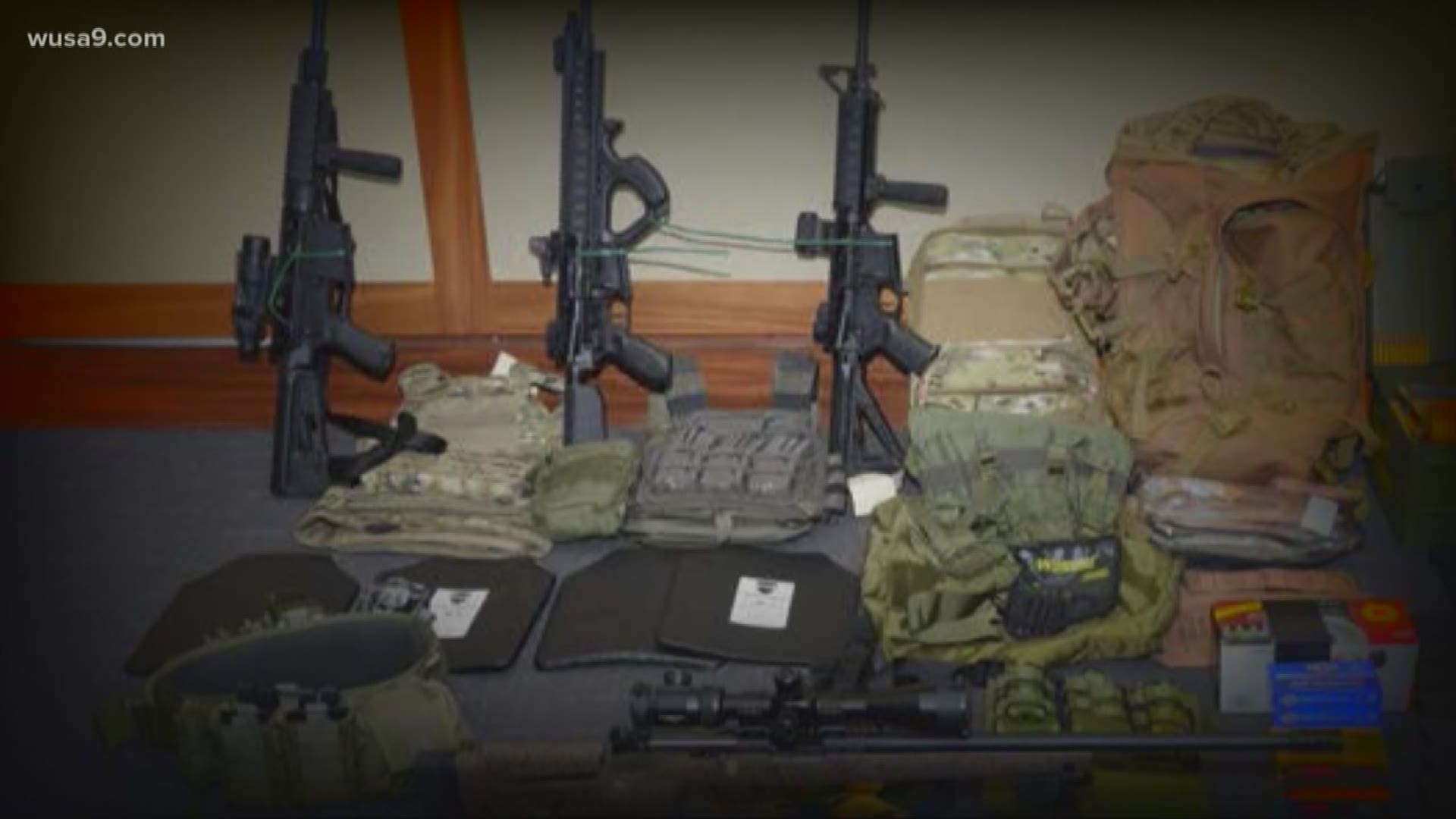 SILVER SPRING, Md. — Echoing the atrocities carried out by the New Zealand gunman, prosecutors said Christopher P. Hasson of Silver Spring dreamed “of a way to kill almost every last person on the earth.”

The Coast Guard lieutenant and Marine Corps veteran amassed a $14,000 arsenal in the past year, including nine rifles, six handguns and 1,000 rounds of ammo.

His hit list spared few in the upper echelons of Democratic politics. Prosecutors said his work computer in Washington contained detailed search histories of the Unabomber and Virginia Tech gunman.

Assistant U.S. Attorney Jennifer R. Sykes said Hasson identified as a white nationalist in the dark recesses of the Internet, and later referred to the 49-year-old in court as a “domestic terrorist.”

As Hasson remains in jail without bond on federal drug and weapons charges, court documents show both government lawyers and public defenders are slowing the time frame of the domestic terror suspect’s trial.

Recent filings suggest an initial path to begin the trial as early as May 20 is in doubt, because of extensive evidence defense lawyers must review.

Through the legal process of discovery, Hasson’s lawyers have the opportunity to review evidence before trial. Defense lawyers may ask for evidence to be suppressed or excluded, a task Hasson’s public defenders said cannot be completed by an April 1 deadline.

“Discovery in this case is expected to be voluminous,” wrote Assistant Federal Public Defender Elizabeth G. Oyer. “Defense counsel believes that additional time will be needed to review these materials.”

Under the Speedy Trial Act, the trial of a defendant charged in an information or indictment is supposed to begin within 70 days.

The clock for Hasson, in theory, began its countdown on March 11, the day he was arraigned. Seventy days later would lead to a trial date of May 20.

But both prosecutors and defense attorneys said in court filings this month the “ends of justice are served,” if U.S. District Court Judge George J. Hazel extends the time frame.

Additional clarity is expected April 3, when both sides will discuss the future of the case.