'The horror, the terror, had to be something profound,' Loudoun man reflects on a history of lynchings in Virginia

The history books do not include names like Charles Craven, Page Wallace, and Orion Anderson. But Phillip Thompson, the former NAACP president in Loudoun County, believes we should all know their names. All three of them were African American men who were lynched in between 1880 and 1902, in Loudoun County. 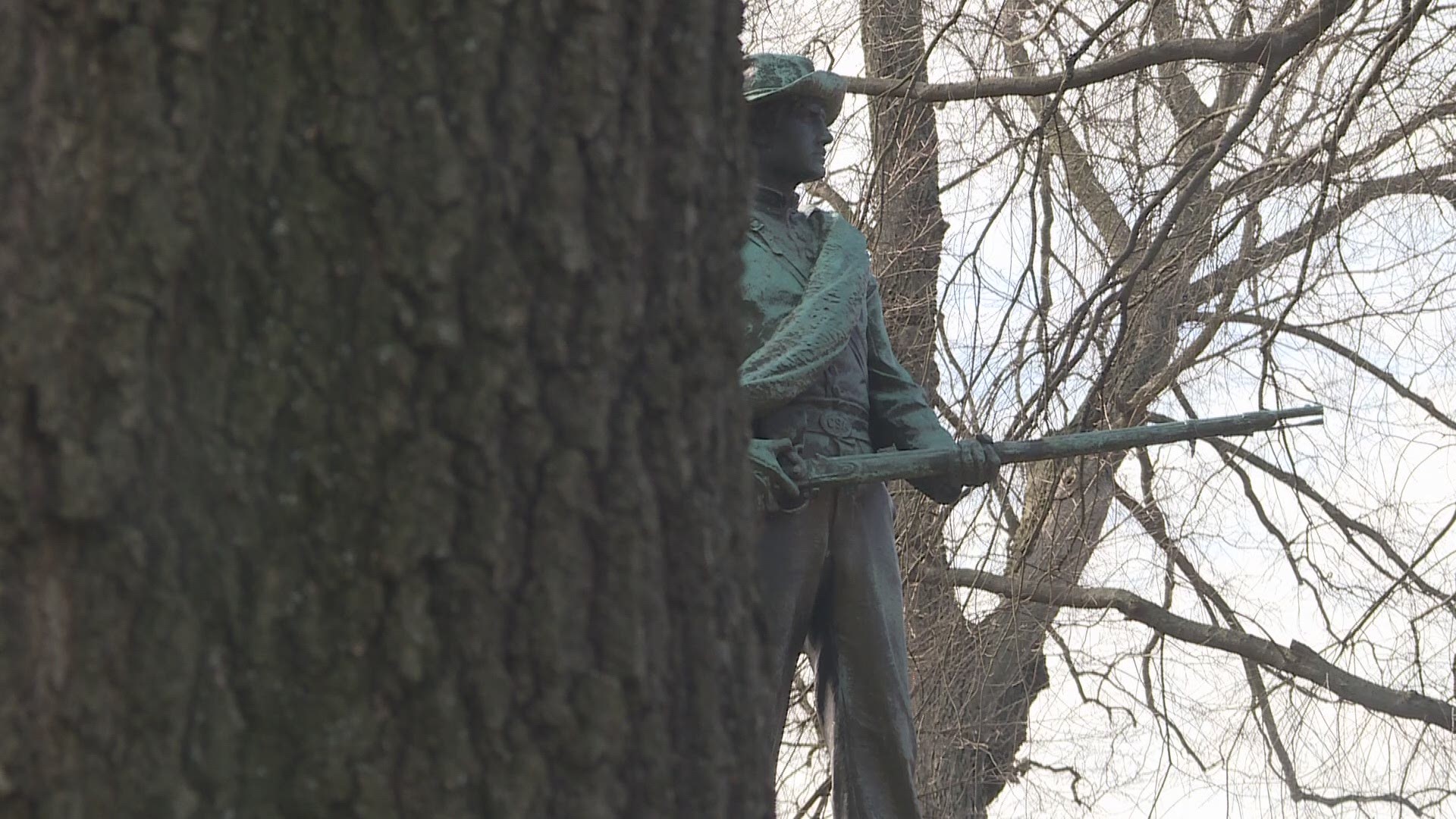 WASHINGTON — The history books do not include names like Charles Craven, Page Wallace, and Orion Anderson. But Phillip Thompson, the former NAACP president in Loudoun County, believes we should all know their names.

All three of them were African American men who were lynched in between 1880 and 1902, in Loudoun County.

"This is history..." he said. "We remember things because we think they’re important. And we want people in the future to know."

Thompson first started this journey in 2015, when he was engaged in a bitter fight over a statue in front of the county government offices. This statue honors confederate soldiers, who lost their lives in the Civil War. This statue still remains in the park, off of North King Street.

Credit: Evan Koslof
Phillip Thompson has been opposed to the confederate statue in Leesburg for years

"You’re only telling half the story," he said. "If you only focus on those five years during the Civil War, you’re not telling the whole story."

That's when Thompson decided to look into the history of racial violence in Virginia. He found out that there were more than 80 lynchings of African Americans in the state between 1877 and 1950, according to the Equal Justice Initiative.

Meanwhile in his home of Loudoun County, there were three lynchings. That's when Thompson had an idea. He wanted to set up a memorial at each of the three lynching sites, so as to never forget. Earlier this year, he received approval for the project from the county.

"The legacy of what happened needs to be told," he said.

Credit: Evan Koslof
The three locations of the lynchings in Loudoun County

The first lynching took place in 1880, near the site that now holds the Point of Rocks Bridge. Page Wallace was accused of raping a white woman, and as a result a lynch mob formed. He was taking the ferry from Point of Rocks Maryland, and as soon as he arrived in Loudoun County, he was grabbed by the mob and killed.

"We've got a constitution," said Thompson. "And that constitution says we should get a fair trial before your peers... If you're lynching people, you're not giving them a protection."

The second lynching was in downtown Leesburg near the W&OD Trail, by Church Street. That's where Orion Anderson, sometimes referred to as Owen, lost his life in a lynching in 1889. The historical record shows that he was somewhere between the ages of 12 and 18 years old.

Credit: Evan Koslof
Phillip Thompson stands along the W&OD Trail, where a lynching took place in 1889

Newspaper clippings show he was accused of either scaring or assaulting a 15-year-old white girl, and was put in jail as a result. Late that night, a mob forced their way into the jail, dragged him to the trail, and lynched him.

"Just wonder what was going through that young man’s mind," said Thompson. "When he was being grabbed and pulled out of that jail and being lynched. The horror, the terror had to be something profound.”

The third lynching took place in 1902, by the intersection of East Market Street and Catoctin Circle, where a cemetery once stood. Charles Craven was accused of killing a prominent white farmer, and was in the nearby Leesburg jail, awaiting punishment. That's when a mob of 300 to 500 people broke in, and dragged Craven to the site of his death.

"You walk around this county," said Thompson. "And you say 'oh this place is pretty. This and that.' And we don't know what occurred here."

It's been almost 140 years since that first lynching took place in Loudoun County. But Thompson said preserving this history is important.

"America needs to have a reckoning," he said. "We have a hard time with race right now, and I think it's because we haven't recognized what happened in the past appropriately to be able to move forward into the future."