Matt and Noah Colvin recently drew the ire of social media after a New York Times article detailed how the brothers stockpiled 17,000 bottles of hand sanitizer. 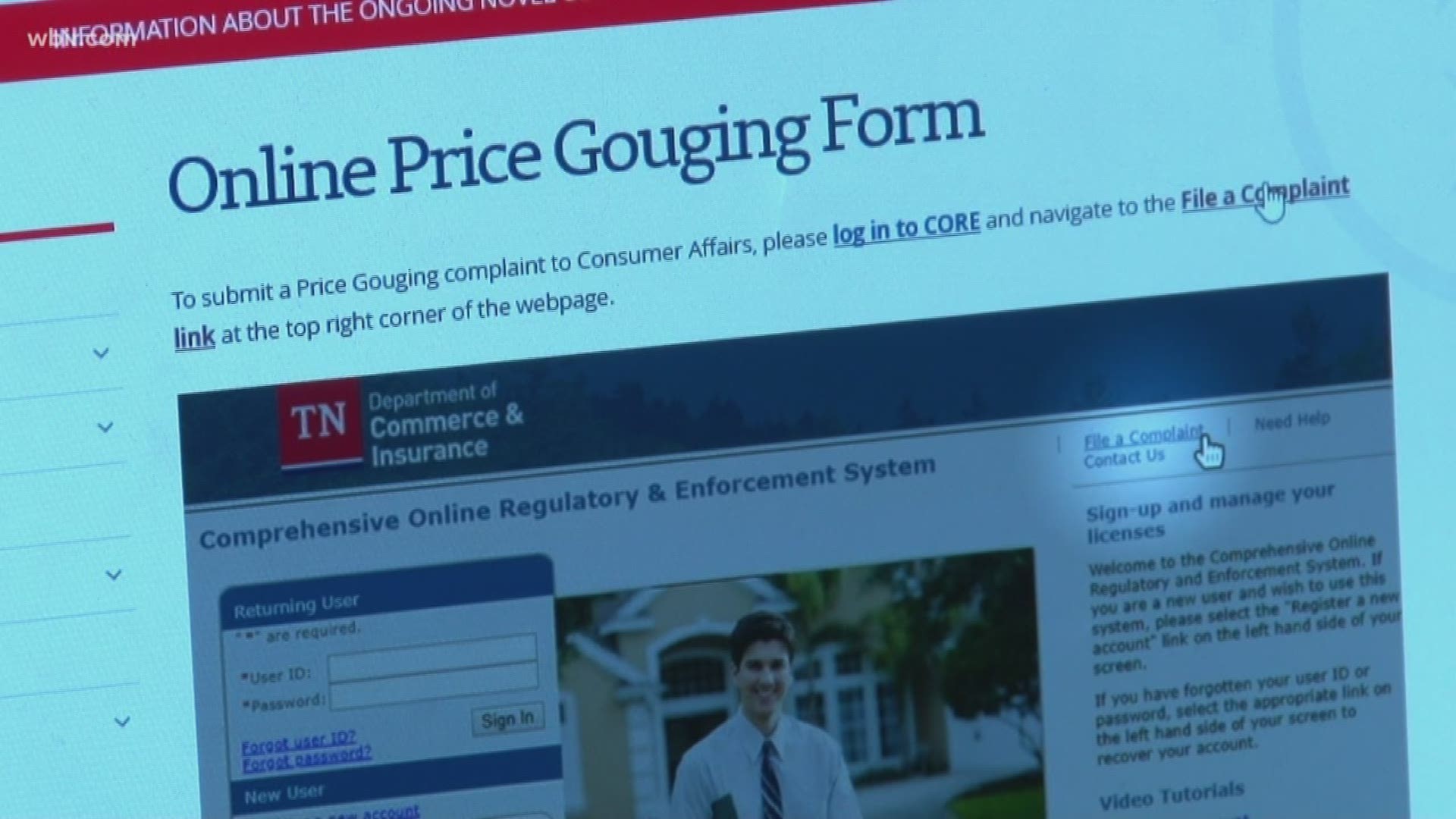 KNOXVILLE, Tenn. — The Tennessee Attorney General has reached a settlement with two Tennessee brothers who made national headlines for buying up thousands of dollars worth of hand sanitizer and trying to sell them for a profit.

Matthew and Noah Colvin, from the Chattanooga area, admitted in an article in the New York Times that they'd gone to rural communities in Tennessee and Kentucky and bought up the emergency supplies in the days leading up to the COVID-19 pandemic. Those supplies are still in short supply across the country.

The brothers cooperated with the investigators and donated all their supplies, including approximately 17,000 bottles of hand sanitizer, to a nonprofit organization in Tennessee. They also agreed to donate a portion of the supplies to officials in Kentucky.

RELATED: How do I file a price-gouging complaint in Tennessee?

“Disrupting necessary supplies during an unprecedented pandemic is a serious offense,” said General Slatery. “It became clear during our investigation that the Colvins realized this, and their prompt cooperation and donation led to an outcome that actually benefited some consumers.”

As part of the settlement, the Colvins will not be allowed to sell any emergency or medical supplies at inflated prices during any declared state of abnormal economic disruption related to the COVID-19 pandemic.

The Tennessee Attorney General’s Office has ordered Matt Colvin and Noah Colvin of Hixson, Tennessee to stop buying and selling medical goods and products following reports of possible price gouging while an investigation into their actions is underway.

“We will not tolerate price gouging in this time of exceptional need, and we will take aggressive action to stop it,” said Attorney General Herbert H. Slatery III.

Matt and Noah Colvin were recently featured in an article by the New York Times, entitled "He Has 17,000 Bottlers of Hand Sanitizer and Nowhere to Sell Them," which recounted how the brothers were able to hoard the sanitizer in the midst of a global coronavirus pandemic.

In the article, the brothers described how they were able to get the bottles:

On March 1, the day after the first coronavirus death in the United States was announced, brothers Matt and Noah Colvin set out in a silver S.U.V. to pick up some hand sanitizer. Driving around Chattanooga, Tenn., they hit a Dollar Tree, then a Walmart, a Staples and a Home Depot. At each store, they cleaned out the shelves.

Over the next three days, Noah Colvin took a 1,300-mile road trip across Tennessee and into Kentucky, filling a U-Haul truck with thousands of bottles of hand sanitizer and thousands of packs of antibacterial wipes, mostly from “little hole-in-the-wall dollar stores in the backwoods,” his brother said. “The major metro areas were cleaned out.”

Now, while millions of people across the country search in vain for hand sanitizer to protect themselves from the spread of the coronavirus, Mr. Colvin is sitting on 17,700 bottles of the stuff with little idea where to sell them.

“It’s been a huge amount of whiplash,” he said. “From being in a situation where what I’ve got coming and going could potentially put my family in a really good place financially to ‘What the heck am I going to do with all of this?’”"

After the article was published, the brother's actions drew the ire of social media.

On Thursday, Tennessee Governor Bill Lee declared a state of emergency prompted by the spread of COVID-19, or coronavirus. The declaration triggers the state’s anti-price gouging law which prohibits vendors from charging too much during a crisis tied to a state of emergency.

Under the law, the Attorney General’s Office can put a stop to price gouging and seek refunds for consumers.

The courts may also impose civil penalties against price gougers for every violation.

In a statement, the AG said that law applies to all levels of the supply chain from the manufacturer to the distributor to the retailer.

RELATED: 32 cases of COVID-19 being reported in Tennessee, including one case in Knox County

RELATED: Facts not Fear: What Tennesseans should know about COVID-19