Supporters say if the Supreme Court orders Bladensburg Peace Cross removed, hundreds of other memorials will have to be bulldozed

At Supreme Court arguments on Wednesday, critics of the cross on public land will likely argue there's no way a Christian cross can represent the rainbow of faiths held by American troops. 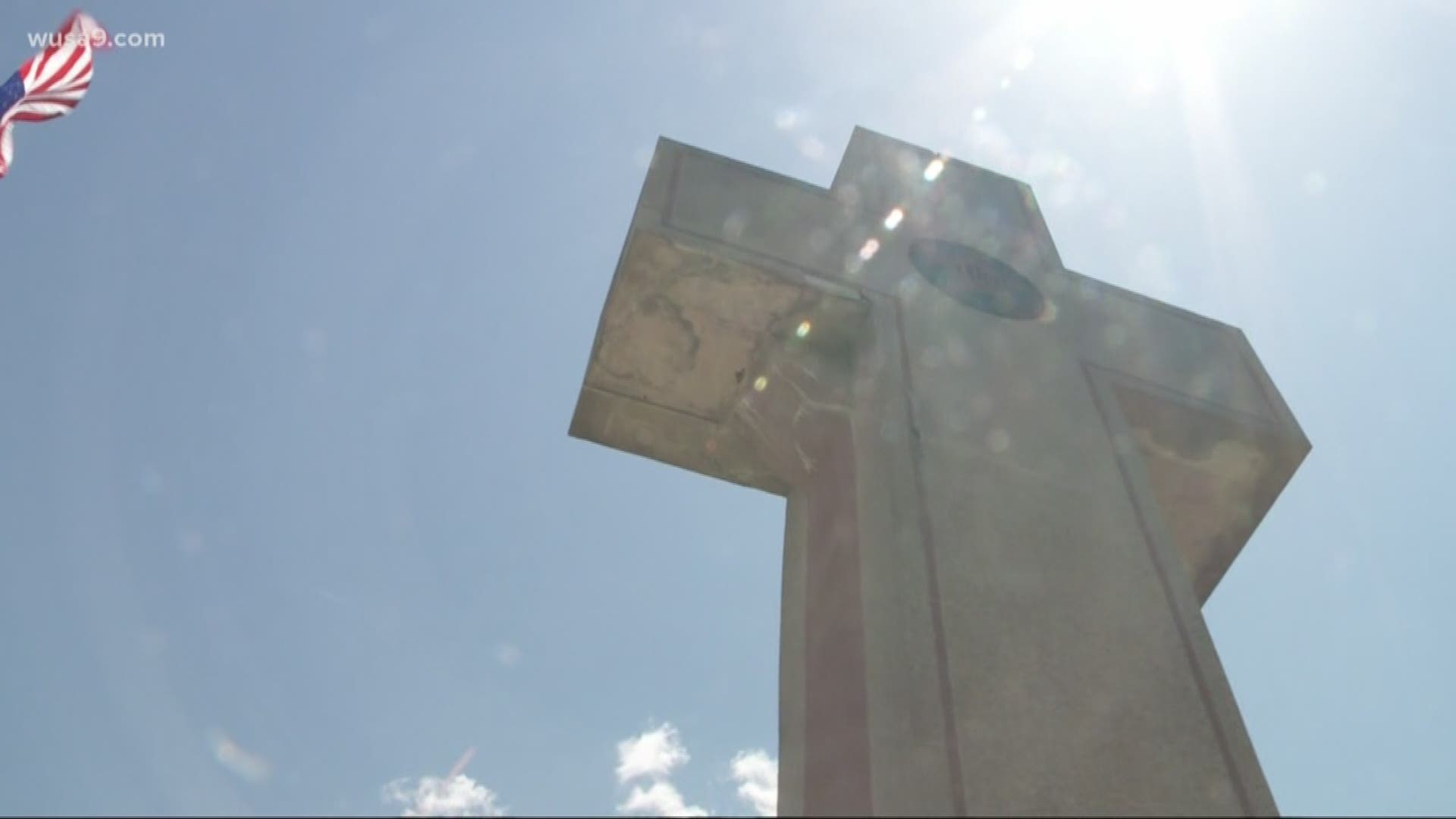 WASHINGTON — A local fight is taking center stage at the Supreme Court.

On Wednesday, the justices will consider whether the Bladensburg Peace Cross violates the constitutional separation of church and state.

An appeals court ordered the cross had to either be removed, reshaped or have its ownership reassigned.

Lawyers for the American Legion, which built the memorial nearly a century ago, argue the Bladensburg cross would be just the start: not just no prayer at high school games, no Ten Commandments on public land, and counting reindeer in nativity scenes. They argue even Arlington National Cemetery might be endangered.

"The real problem here is that if this decision is allowed to stand, not only does this memorial have to be altered, desecrated or destroyed," said Jeremy Dys of the First Liberty Institute. "It will send a bulldozer across the country, starting first at Arlington National Cemetery."

"We have not interest in destroying Arlington National Cemetery," said Sarah Henry of the American Humanist Association. "It's a remarkable national landmark."

The association is a plaintiff in the case, along with several locals who live close to the cross. The association argues a cross on an individual's grave is very different than a 40-foot cross that's supposed to honor all the troops.

"A Christian cross cannot represent all veterans. The military is an incredibly diverse space with all faiths... and none. And this cross doesn't represent their service," said Henry.

The argument at the Supreme Court is slated for Wednesday morning at 10 and both sides say they're optimistic.