Study: Virginia has the most distracted drivers in the country 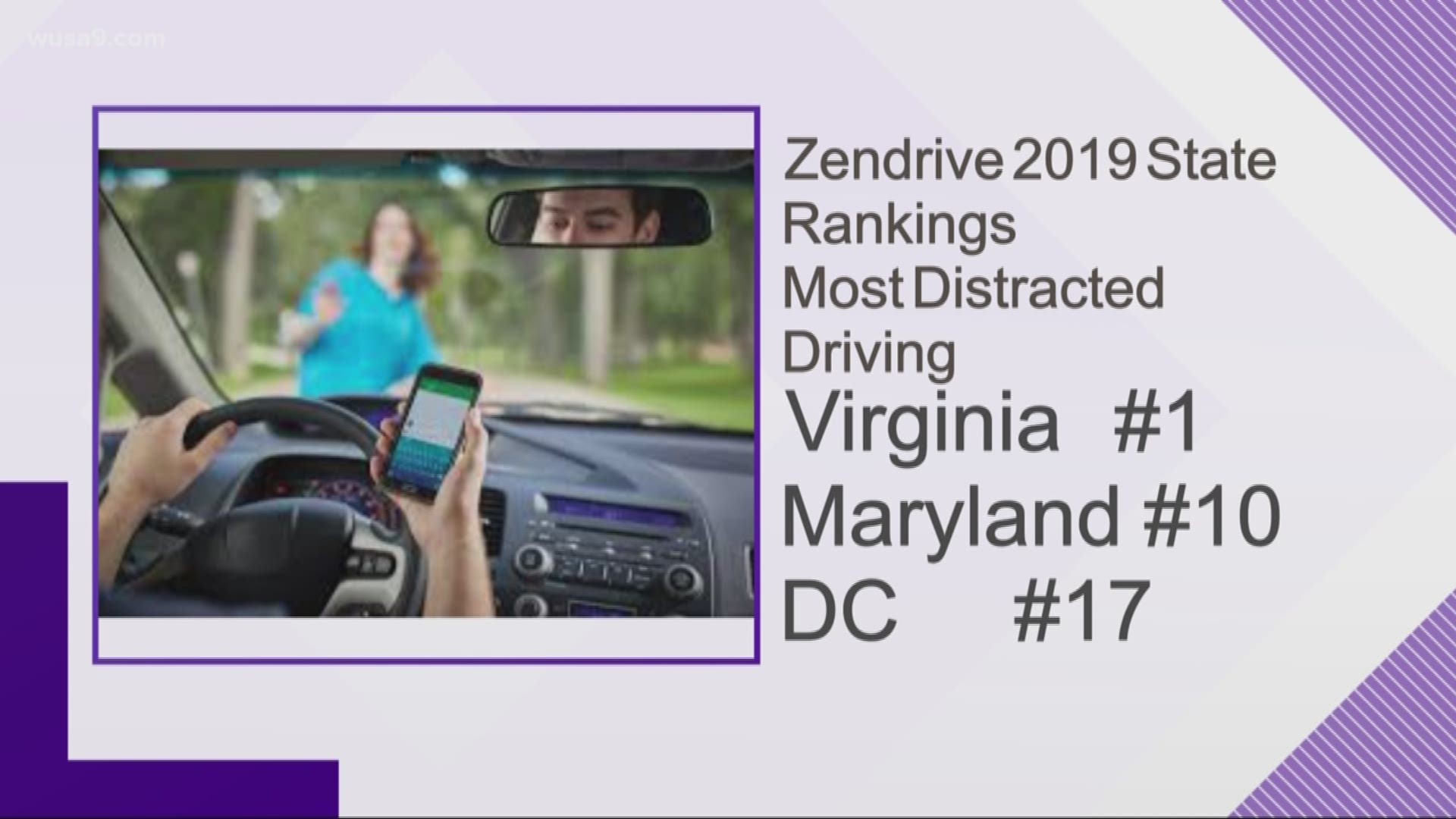 FAIRFAX, Va. — It's common to see drivers holding their cell phone -- either looking at it or talking on it.

"We're constantly seeing people drifting in lanes and when I look over, it's always they're on their phone," said Marissa Kovach, an aspiring actress in Fairfax. "I definitely have done it especially when I was younger. I try my best not to because I see other people do it and it causes such a hazard."

Just how bad is distracted driving? The road safety company Zendrive calls is an epidemic that is growing.

When a driver is glued to their phone, they're more distracted, more dangerous, and more likely to cause a crash, Virginia State Sen. Scott Surovell (D-36) said.

"It's pretty selfish behavior. It put everybody else at risk and in danger," Surovell said .

The road safety company ZenDrive puts Virginia at the top of the list for distracted driving. Maryland is 10th and D.C. ranks 17th. See the study here.

Both DC and Maryland have hands-free driving laws. Virginia does not, despite Surovell's many attempts. He did a get ban on texting while driving.

"So basically, under current law you can chase Pokemon, you can play you can read a Tweet, you can read Facebook, but you can't send email or text," he said. "And so, the current law, the police have found to be completely unenforceable because they can't figure out what people are actually doing. If they pull somebody over and they just say, I was looking at my phone or navigation or changing music."

Zendrive said only 16 states have hands-free driving laws. Regardless of the laws, ZenDrive found distracted driving a growing problem everywhere. It calls super dangerous distracted drivers "phone addicts." They touch their phones while driving four times more than average drivers and take their eyes off the road 28 percent of the time while driving. Zendrive says phone addicts are the new drunk drivers -- "public enemy number one."

"The reality is, the number of collisions and deaths, it's a lot of money, its going up exponentially every year," Surovell said. "We pay for this in our car insurance. And its costing all of us. Now just lives, but money."

Zendrive says a big problem is that "phone addicts" don't realize they doing a dangerous thing.