Texas hero helps save 94-year-old wrong-way driver, and it's all on video

Thomas Prado drives hundreds of miles every day for his job as a glass delivery man, but he'd never seen anything quite like this. 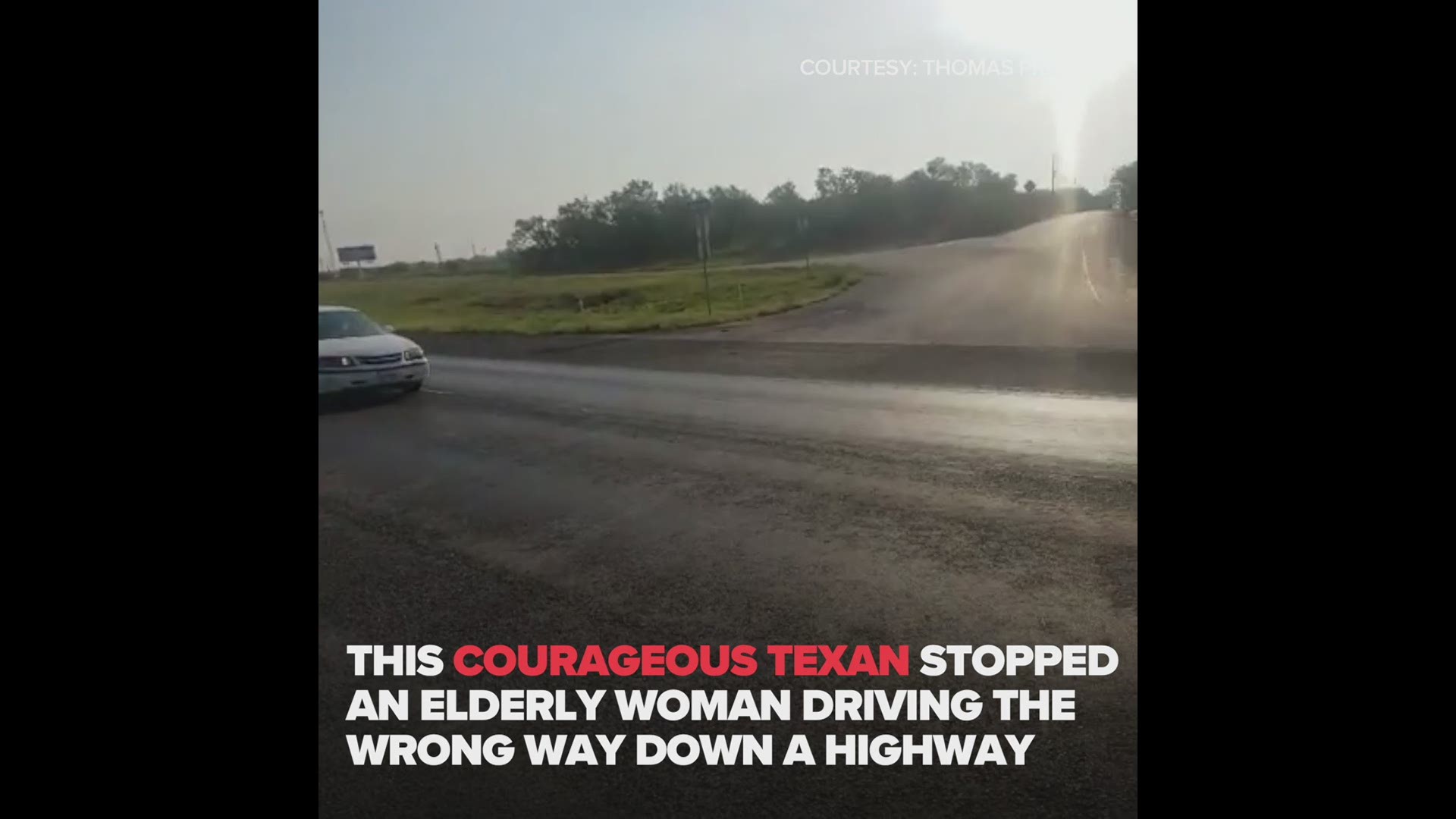 A Texas man is being hailed a hero – and viral sensation – after helping a 94-year-old wrong-way driver get to safety last week.

Thomas Prado drives hundreds of miles every day for his job as a glass delivery man, but he’d never seen anything quite like what he did on August 22: An elderly woman driving the wrong way down US 277 near Stamford, Texas.

He made the split-second decision to turn around and chase the white Chevy Impala to try to stop its driver from causing a tragedy.

Prado said he didn’t know it was an elderly woman until he turned around, but knew he had to take action.

I felt someone was in danger, or didn’t know the potential danger that they could be in,” he told WFAA in a Facebook message. “[I just felt] like it was the right thing to do!”

Prado documented the events on video – acknowledging in a Facebook post that his actions may not have been the safest choice. He made one unsuccessful attempt at stopping the woman before speeding ahead to get in front of her before she approached a bridge.

He pulls onto the shoulder of the highway and makes contact with the woman.

Prado gets out of his car to assist the woman, trying to get her to the passenger side of her car. The woman struggles to get out of her car and walk, but Prado holds onto her.

Prado waited with the woman until police arrived. In his Facebook post, he wrote that some fellow Good Samaritans from an electrical company in Abilene helped block off the road.

“Moral of this all is[...] look after your elderly family, friends, or neighbor,” Prado wrote. “I'm no hero, I'm a sinner and mistake maker like you but I saw the right thing to do and so can you!”

Prado told WFAA the woman was OK and that a member of her family has since reached out to him and a fellow churchgoer. He told WFAA officers didn’t give the woman a ticket.

“They handled it right,” he said.