Southeast residents say they're tired of seeing their community suffer. 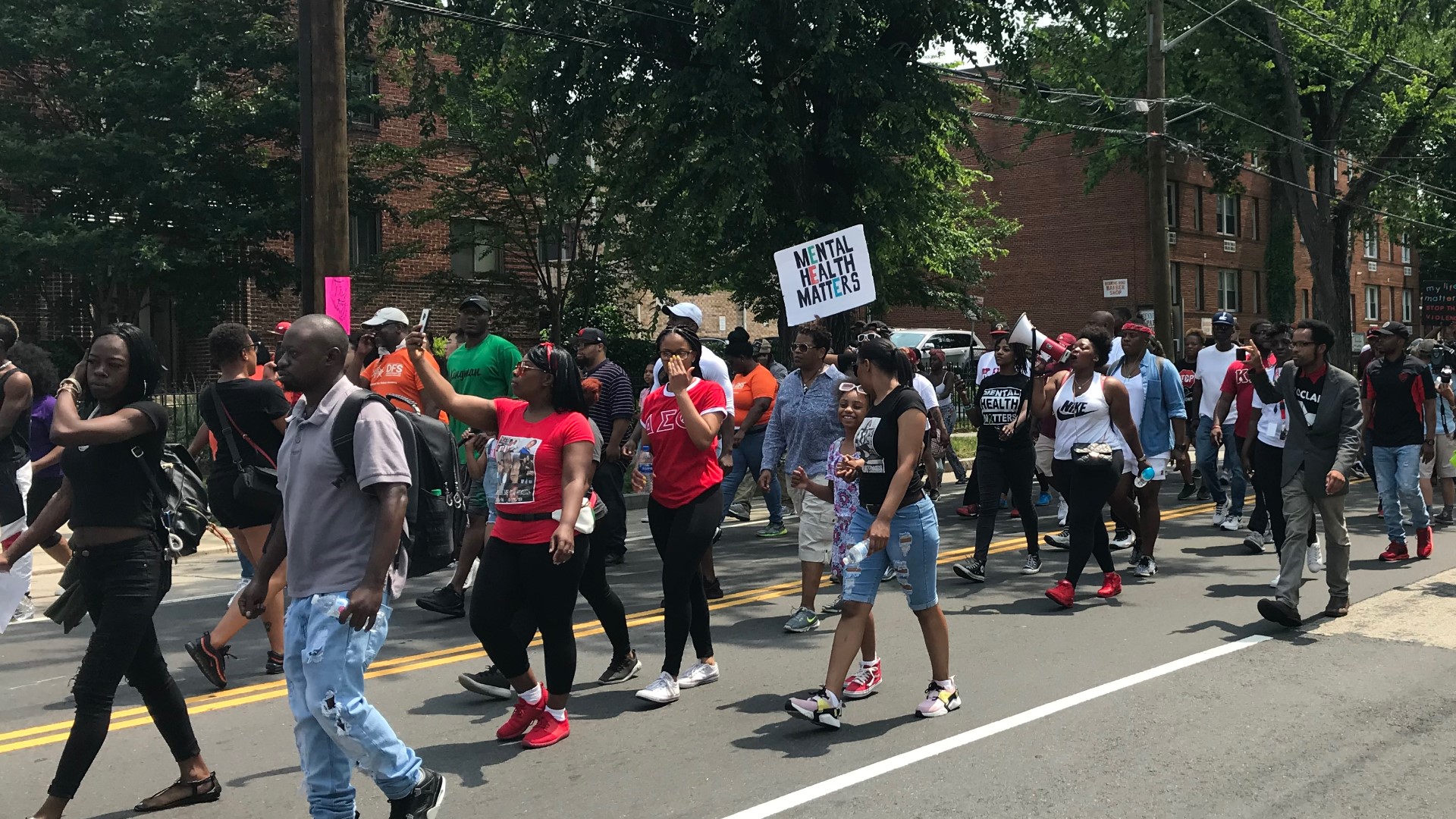 WASHINGTON -- As part of the fourth annual "Peace Rally,"' dozens of Southeast residents marched down Benning Road to push for an end to gun violence in their community.

Residents traveled from KIPP DC Benning to their neighborhood's Boys and Girls Club.

"This is not normal, this is not something that we should be having every day in our community," said organizer Veda Rashid when discussing the violence her neighborhood is grappling with.

According to police, homicides in the Southeast are up this year.

RELATED: 'We should be loving each other' | Locals march for an end to gun violence in DC

"This is a fear, people are scared," said Rashid.

Rashid and Ciara Hosein decided to start the peace rally when they heard children at KIPP Benning had been placed on lockdown after there was a shooting in their school's vicinity.

"Kids shouldn’t be running around trying to figure out how to duck and hide because of bullets are running in the community," she explained.

Despite their best efforts, and three years after starting the rally, Hosein would lose her brother to the very problem she'd been fighting.

"My brother was shot and killed," Hosein said.

"I was doing what I consider preventive maintenance," Hosein said. "I had to build up a lot of strength just to be here today, just to do this march because a part of me just wanted to give up on the city."

But she said seeing the turnout today restores her faith that change is possible.

Southeast residents attending the march had a clear message for violence offenders.

"If we want to end it, we are better together than apart. Unity—lets get it!," said Robinson.

RELATED: More than 120 people were killed in the DC area last year. Now, one church has a haunting memorial for the victims