Ryan O'Reilly rode into St. Louis this offseason wanting to play for a winner. He rode out of Boston on Wednesday with the Conn Smythe Trophy and Stanley Cup. 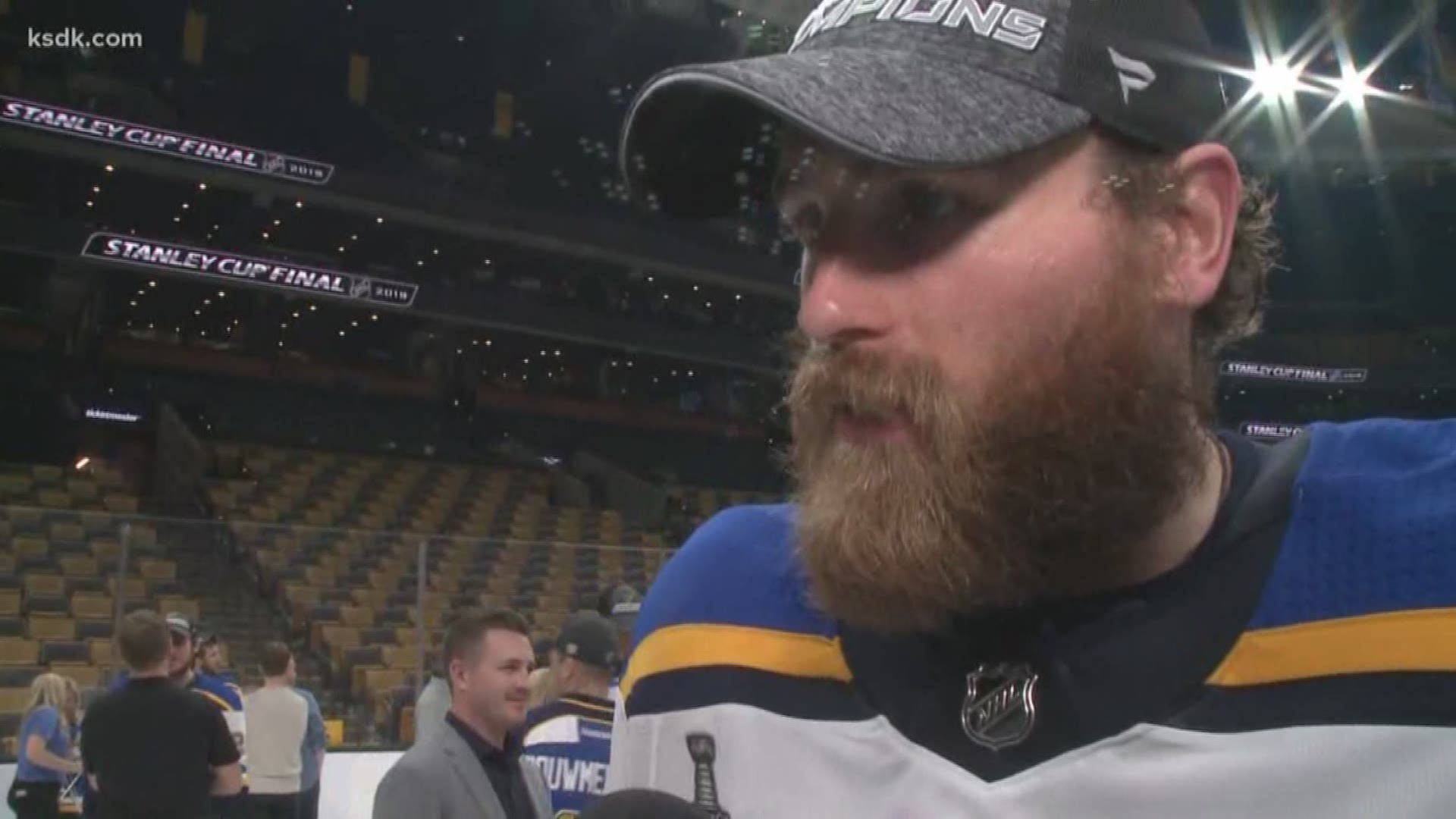 When he was traded to the Blues from the Buffalo Sabres, all he could talk about what how excited he was to come to a team that wasn't in a rebuilding mode.

All he's done since then is be the best player on the ice for a Blues team that went from dead last, to Stanley Cup champions.

Alex Pietrangelo wouldn't have gotten to take the Stanley Cup from commissioner Bettman without Ryan O'Reilly.

In fact, the Blues might not have been in the playoffs at all without the 28-year-old Ontario native. O'Reilly set career highs in pretty much every category, and never stopped working when the Blues were at their lowest.

Then, once the playoffs arrived, O'Reilly took it to another level.

The Conn Smythe trophy winner as the postseason MVP, O'Reilly set the mark for most points in a single postseason by a Blues player, with 22.

RELATED: Dear Blues: Thank you, you did it for all of us

RELATED: Here is what Laila said about her 'boys' winning it all!

He also made some history in the Stanley Cup Final.

With his goal in Game 7, O'Reilly became the first player to score in four straight Stanley Cup Final Games since the great one, Wayne Gretzky did it in 1985. Not bad company.

But let's put aside all the stats and flashy numbers for a second.

Ryan O'Reilly is just a professional athlete people should admire.

He goes about his business the right way, is always accountable, gives fantastic quotes, is genuine, practices harder than anyone and is absolutely perfect in this moment in history for the Blues.

This is the guy you want representing your organization as you win your first Stanley Cup.

Oh yeah, he also knows how to party.

In what seems like the blink of an eye, Ryan O'Reilly has become one of the most important athletes in the history of St. Louis.

We couldn't have picked a better one to be owning this moment.