'We want to send a message that asylum-seekers are here in our community and they’re contributing, Sam Sgori, one of the founders, says. 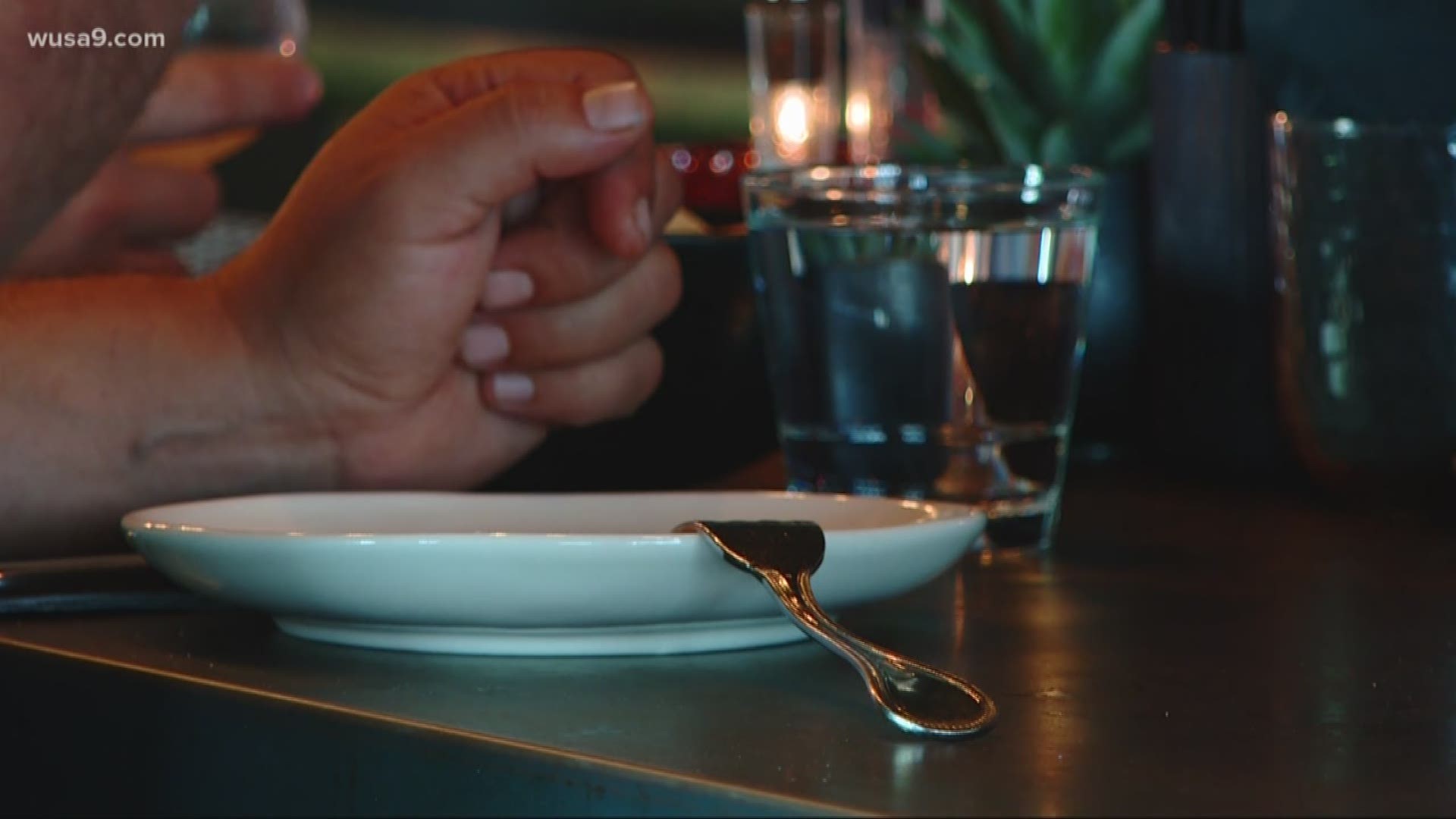 WASHINGTON D.C., DC — A restaurant in the District is serving up a few mew dishes with a big lesson on the side.

Each Salvadoran dish is marked, "Maria" on the menu.

Guardado, 22, has been in the United States for two years, through the Central American Minors refugee program.

She joined her father, who has been in the U.S. for nearly two decades. Guardado’s mother was planning to join, but hasn't been allowed into the United States.

"I like this country," Guardado said. "It has a lot of opportunities for everybody.

In the meantime, she's using her mom for inspiration -- and her mom’s Salvadoran tamales recipe.

RELATED: 'I have a lot of sleepless nights' | DC summer basketball league will play despite violence

Guardado is one of several chefs taking part in a non-profit dinner series cooked up by the organization, Tables Without Borders. Refugees are taking over popular D.C.-area restaurants for the week.

"We want to send a message that asylum-seekers are here in our community and they’re contributing," Sam Sgori, one of the founders, said.

Josh Phillips, the owner of Espita Mezcaleria said he wasted no time when deciding to support this effort.

"Nothing we do in places like this is possible without people like Maria," Phillips said. "So, I think it’s important we give her a chance."

Guardado works in the kitchen at a Virginia hotel and dreams of owning her own restaurant.

Participating restaurants are donating some of their earnings to organizations providing support to refugees. Tables at remaining restaurants including Little Sesame, Maydan and Himitsy are fully booked.