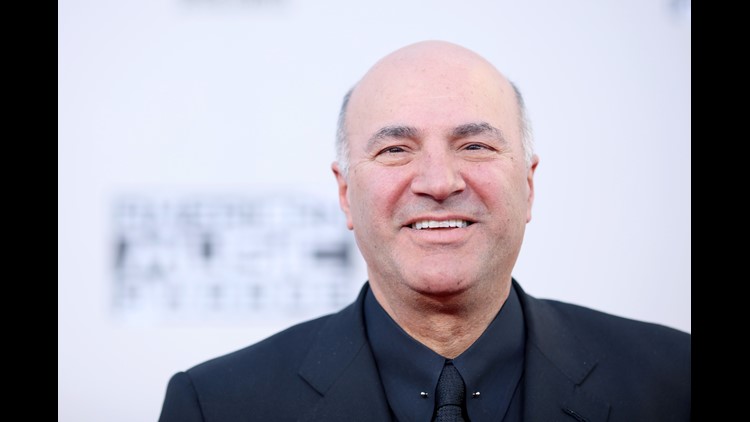 In a Trump-inspired move north of the border, Kevin O'Leary, star of ABC's reality show Shark Tank, has launched a bid to become Canada's next Prime Minister.

In a Trump-inspired move north of the border, Kevin O'Leary, star of ABC's reality show Shark Tank, has launched a bid to become Canada's next Prime Minister.

And much like America's new president, O'Leary has a serious shot at pulling off an unconventional candidacy.

In Canada, O'Leary's candidacy similarly talks about how Canada has lost its way under its current leader, Prime Minister Justin Trudeau.

O'Leary, the self-styled "Mr. Wonderful" has a history of turning around businesses, and he vows to do the same with Canada. He points to early promises by Trudeau to balance Canada's budget before 2019, and a lack of progress toward that goal. He also points to strategies by the incoming Trump Administration in the United States that would hurt Canada's economy if it remains on its present course.

A new, business-oriented prime minister, O'Leary says, would be able to work for the Canadian people, eliminate the mismanagement of the nation, and bring more jobs to Canada.

"All our regulations make our industries less competitive," O'Leary told a reporter from Canadian news magazine Maclean's this week. "If somebody wants to invest a billion dollars in an automotive plant, they're not going to put it in southern Ontario, they're going to put it in Michigan, where Trump's made it far more competitive! That's easy to understand -- and then we lose thousands of jobs. We've lost tens of thousands of jobs in Alberta, in Ontario. The country is swimming in the wrong direction. Somebody's got to fix it. I'm going to do it."

O'Leary is known to Canadian audiences. Before Shark Tank made him a household name to American viewers, he was a regular on the show's Canadian predecessor, Dragon's Den. In addition, he appeared regularly on daily business analysis shows on Canada's Business News Network and CBC News Network for a number of years.

Overwhelmed with the amount of support from you today, Canada! To the tens of thousands of you who have reached out today: mille fois merci!

O'Leary's past as a reality television star draws significant comparisons to Donald Trump in the United States, but that's not the only one. Because of the way politics operates in Canada, O'Leary is moving to become the head of Canada's Conservative Party, which compares to the Republican Party of the United States, while Prime Minister Justin Trudeau heads the country's Liberal Party, which is closest to America's Democratic Party.

Sounding like Trump's calls to "drain the swamp" in Washington politics, he promises to make a monumental change in Canadian politics.

"I'm going to go to Ottawa in 2019. It's not going to be an election, it's going to be an exorcism. I'm going to cast out the malaise of all these policies that Trudeau has put in place. We've got to get rid of him," O'Leary said in this week's Maclean's interview.

In another eerily similar parallel to Donald Trump's race for the White House, 14 people are in the race to lead Canada's Conservative Party, which would take a shot at the Prime Minister's seat in 2019. This compares to the 17 candidates that began the Republican Party primary season in the United States in 2015.

Some of those candidates are trying to gang up on him -- sound familiar?

According to the CBC, one of the candidates in the Conservative Party contest, Lisa Raitt, launched a website urging Conservative Party members to gang up on O'Leary. The CBC quoted from a Raitt press release, "O'Leary has a long record of saying whatever ridiculous thing comes to his mind."

Raitt cited a comment from a CBC News Network program in 2011 where O'Leary called unions "evil."

In another parallel, some of O'Leary's fans on social media have even hit on a slogan and hashtag that ties into his nickname as Mr. Wonderful: #MakeCanadaWonderfulAgain.

While there are those parallels, there are also some significant differences between O'Leary and Trump.

O'Leary says he considers himself a feminist who supports LGBT rights, access to abortion and the legalization of marijuana, each of which differs from Trump's stated positions.

The larger question is whether O'Leary will continue the significant political move to the right that has swept across the globe, first in Europe, and now in North America?

Only time will tell.

Stay updated on this and other stories by downloading the FREE 11Alive News app now in the iTunes store or on Google Play.