IIHS visited emergency rooms in D.C., New York City, and Portland. The group interviewed a total of 604 bicyclists at hospitals, after they encountered crashes. 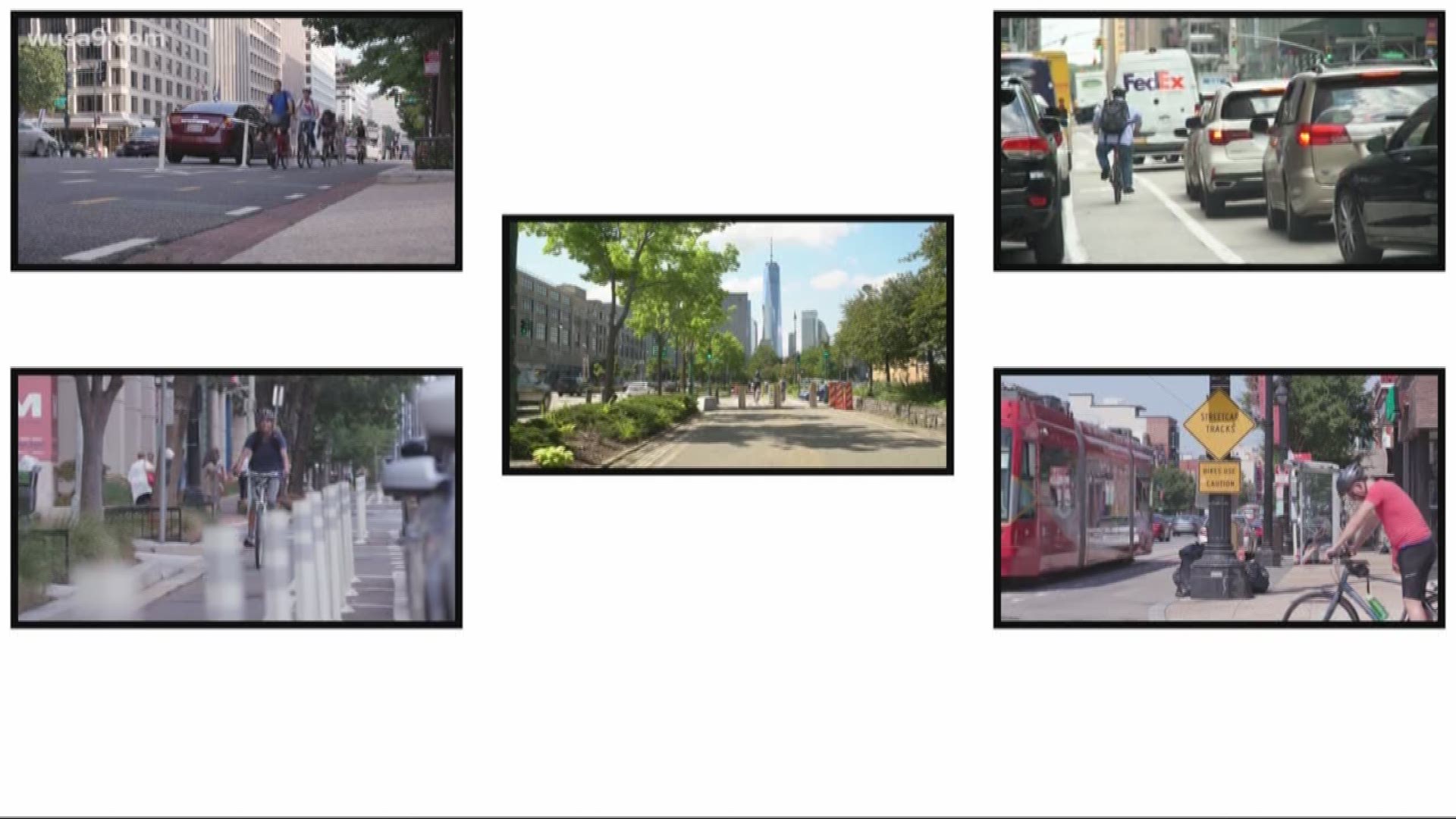 WASHINGTON — Protected bike lanes are often thought of as a crucial method to keep bicyclists safe. But a new study by an insurance non-profit suggested that these lanes may actually create risks of their own.

The study was done by the Insurance Institute For Highway Safety, a group which describes itself as an "independent, nonprofit scientific and educational organization dedicated to reducing the losses — deaths, injuries and property damage — from motor vehicle crashes."

For the study, IIHS visited emergency rooms in D.C., New York City, and Portland. The group interviewed a total of 604 bicyclists at these hospitals, after they encountered crashes or a falling incident. The group then used the "case-crossover" technique to assess the apparent riskiness of the location where the incident occurred.

Why These Protected Lanes Are Risky:

Jessica Cicchino, the IIHS Vice President For Research and lead author for the report wrote that it is still "unclear" why protected bike lanes would be more dangerous than conventional bike lanes. However the report suggested that it could have to do with the locations cities choose for protected lanes.

"Typically, protected lanes are installed on busy roads that pose more of a risk to cyclists in the first place," she said. "Our finding that conventional bike lanes were less risky doesn’t mean that cyclists on roads with protected lanes would be better off without that separation."

The report included another important caveat about these protected lanes. While injury risks remain, the study showed that these were rarely severe accidents. The report suggested most fatal accidents happen mid-block, whereas these bike lane incidents are usually happening with cars that are turning, and are thus moving more slowly.

"There is evidence that protected bike lanes help prevent the worst crashes,” Cicchino says. “What our study shows is that certain locations are better than others for this type of infrastructure.”

According to IIHS, bicyclists represent just two percent of road fatalities, although the number of these deaths have been on the rise. The group said that bicycle deaths have jumped by 25 percent since reaching a record-low in 2010. In 2017, there were 777 bicyclists killed in crashes with other vehicles.