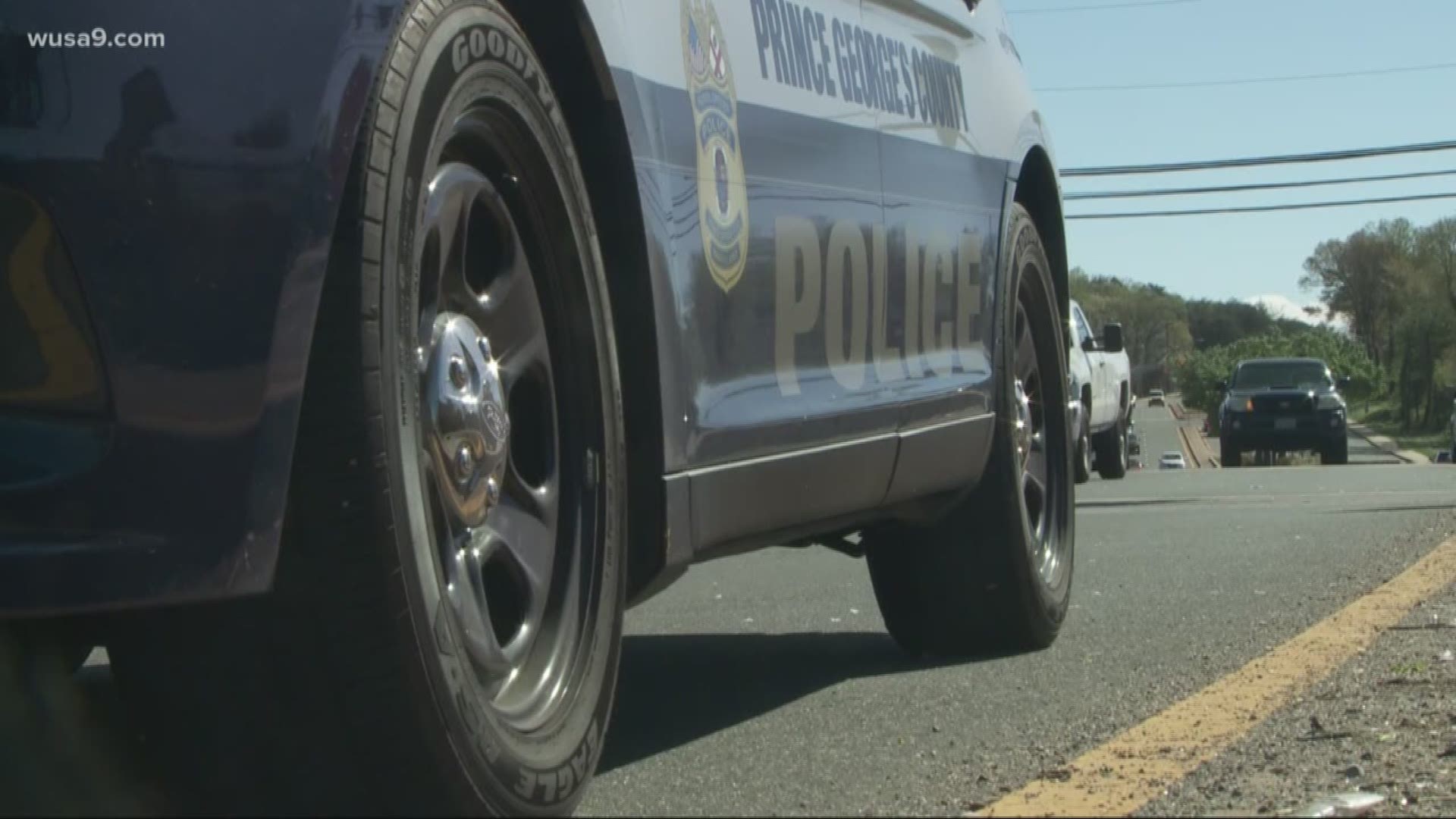 LARGO, Md. — The alleged distracted driver had been pulled over by a Prince George’s County patrol officer who spotted a phone in his hand.

But while fumbling for license and registration, the motorist was stunned to find that both the county’s Chief of Police and County Executive were also leaning in the window.

“Someone said, ‘Well, I was just picking the phone up for a second,'" said County Executive Angela Alsobrooks. “What we wanted to emphasize is that it only takes a second to take someone else’s life or to cause the loss of your own life.”

“Wear that seat belt and do not pick that device up,” begged Police Chief Hank Stawinski.

The county has refocused on distracted driving after the deaths of eight children in two separate highway incidents between December and February.

Three siblings died when their family’s car was rear-ended by an allegedly drunk driver on Indianhead Highway in late December.

Early in February five children riding without seat belts in the rear of an SUV where killed when they were thrown from the vehicle during a crash on Route 301 in Bowie.

However, distracted driving continues to increase.

It is illegal in Maryland to hold a phone for any reason while driving, including reading texts, looking at directions or responding to a call. Phones must be in hands-free devices while in use.

Fines start at $83 and penalties can escalate to a license suspension for repeat offenses.