Why is election day on a Tuesday in November?

Voting on a Tuesday in November is an American tradition we've all come to accept. But rarely is the reasoning for this seemingly arbitrary choice discussed. That's the "why question," we will answer today. 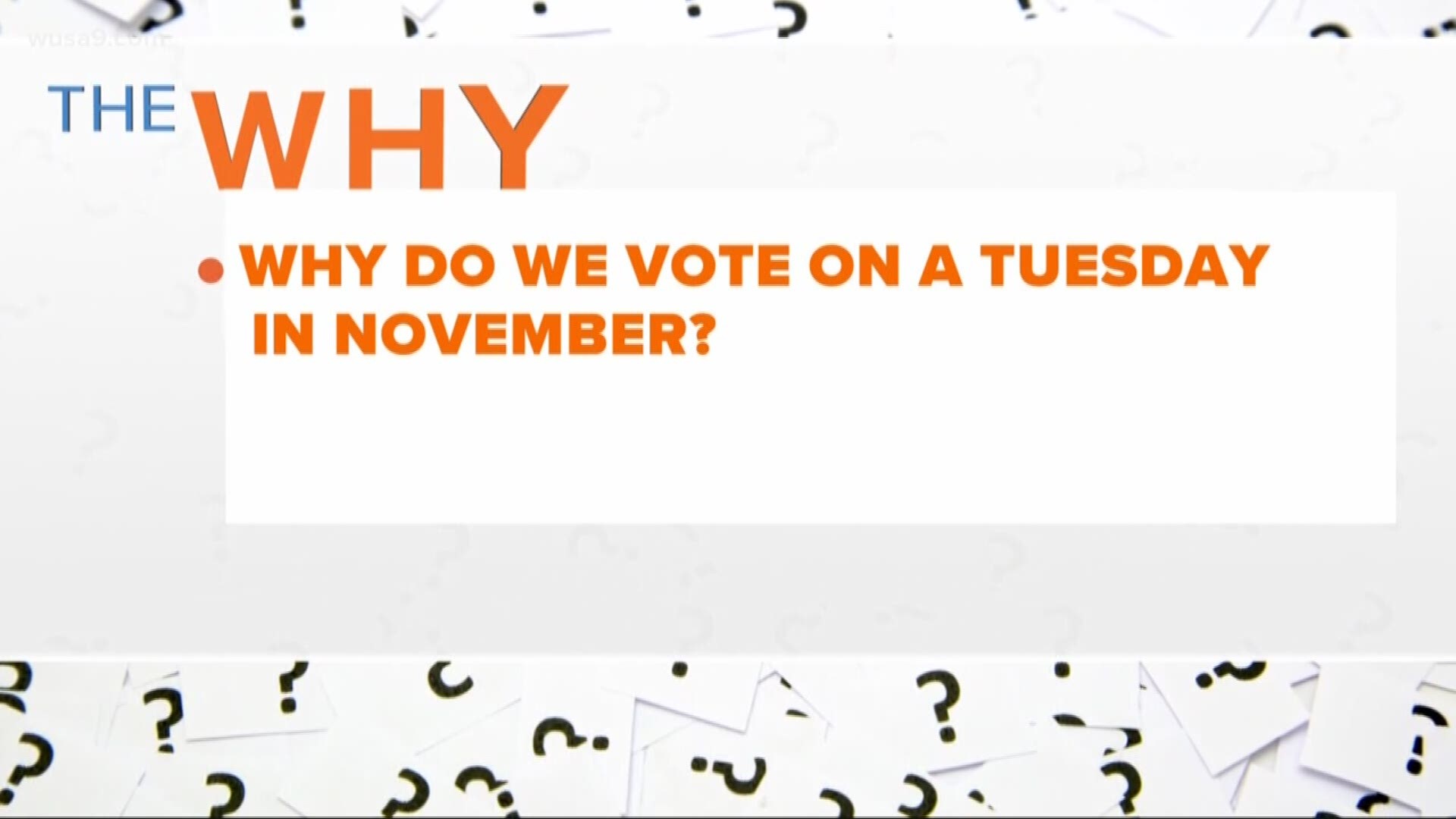 Voting on a Tuesday in November is an American tradition we've all come to accept. But rarely is the reasoning for this seemingly arbitrary choice discussed. That's the "why question," we will answer today.

Our Question - "Why Do We Vote on a Tuesday in November?"

The origin of this tradition actually dates back to 1845. Before then, the date was not uniform across the country, but rather decided by each of the states. The only requirement was that the state elections fit in a 34-day window, ending in early-December.

In 1845 though, the federal government wanted to fix this messy system, and so they passed a bill that mandated that election day is the Tuesday after the first Monday of November.

That mostly comes down to the agrarian makeup of the country in the 19th century. The vast majority of the population worked on farms, and that dictated when they were free to vote. During the planting and harvesting season, these farmers were swamped, which essentially wiped away the months of April through October.

Meanwhile, the harsh winter months were off limits as well, since many lived far away from the polls. Asking voters to travel a full day, during a snow storm would have been unreasonable back then. That blocked off the months of December through March.

November seemed to be the rational choice because it wasn't during the "busy season," for farmers, and it was before the harsh winter.

To see why they chose Tuesday one just needs to use the process of elimination. Wednesday was crossed off the list because that was typically "market day," for farmers. Meanwhile, Saturdays were typically spent in the fields working, and Sundays were spent in the church.

Then you have to consider travel days, since many lived a full day away from the polls. That made Thursday and Monday off limits as well.

In the end, Tuesday seemed to be the logical choice because it was convenient for the many farmers across the country.

Do you have a "Why Question" you want us to answer? If so, you can contact Evan Koslof on Twitter at @ekoslof, on Facebook at "Evan Koslof Reporting" or by email at ekoslof@wusa9.com

Special thanks to Capri Cafaro, from the American University School of Public Affairs for giving us the detailed explanation on this historic tradition.