Elizabeth Warren speaks to thousands of supporters in Seattle

Democratic presidential candidate Sen. Elizabeth Warren was in Seattle on Saturday night for a campaign rally. 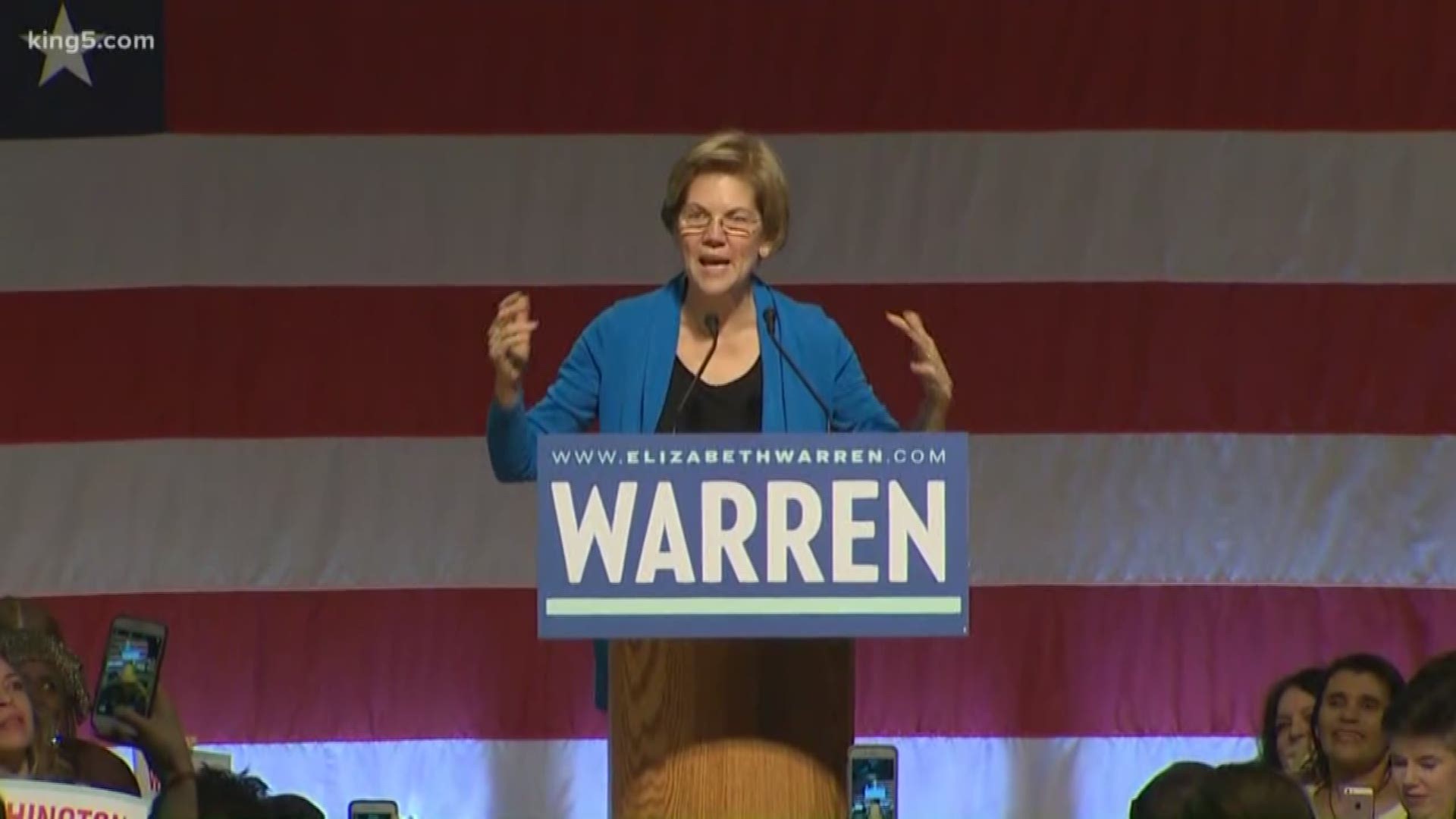 SEATTLE — Editor's note: Scroll down to view the YouTube link with Elizabeth Warren's full speech at the Seattle Armory Saturday.

The Massachusetts senator was in town generating support ahead of Washington state’s primary on March 10.

There were so many people, an overflow crowd gathered outside the Armory and Warren spoke briefly to those people first before taking the stage inside.

Warren's event comes on the heels of Democratic candidate Senator Bernie Sanders being deemed the winner of the Nevada caucuses on Saturday.

Warren congratulated Sen. Sanders in her opening remarks but thanked her supporters for keeping her in the top five candidates.

“Thank you for keeping me in the fight,” Warren said.

Sanders was in Tacoma last week for a campaign event that drew thousands. It was his first visit to Washington state during the 2020 presidential campaign.

“He argues he is the safest bet to beat Donald Trump, he’s not safe he’s just rich," said Warren during her speech.

Warren went on to talk about her policy proposals and also took questions from the audience.

She has several more stops planned in states.

An exclusive KING 5 News poll suggests Sanders could earn the Democratic vote in Washington. The poll, which was conducted last month by SurveyUSA, found 26% of likely Democratic voters in Washington would cast their vote for Sanders if the presidential primary were to happen today. Joe Biden would earn 21% of the vote, Elizabeth Warren would garner 16%, and Mike Bloomberg would receive 12%. 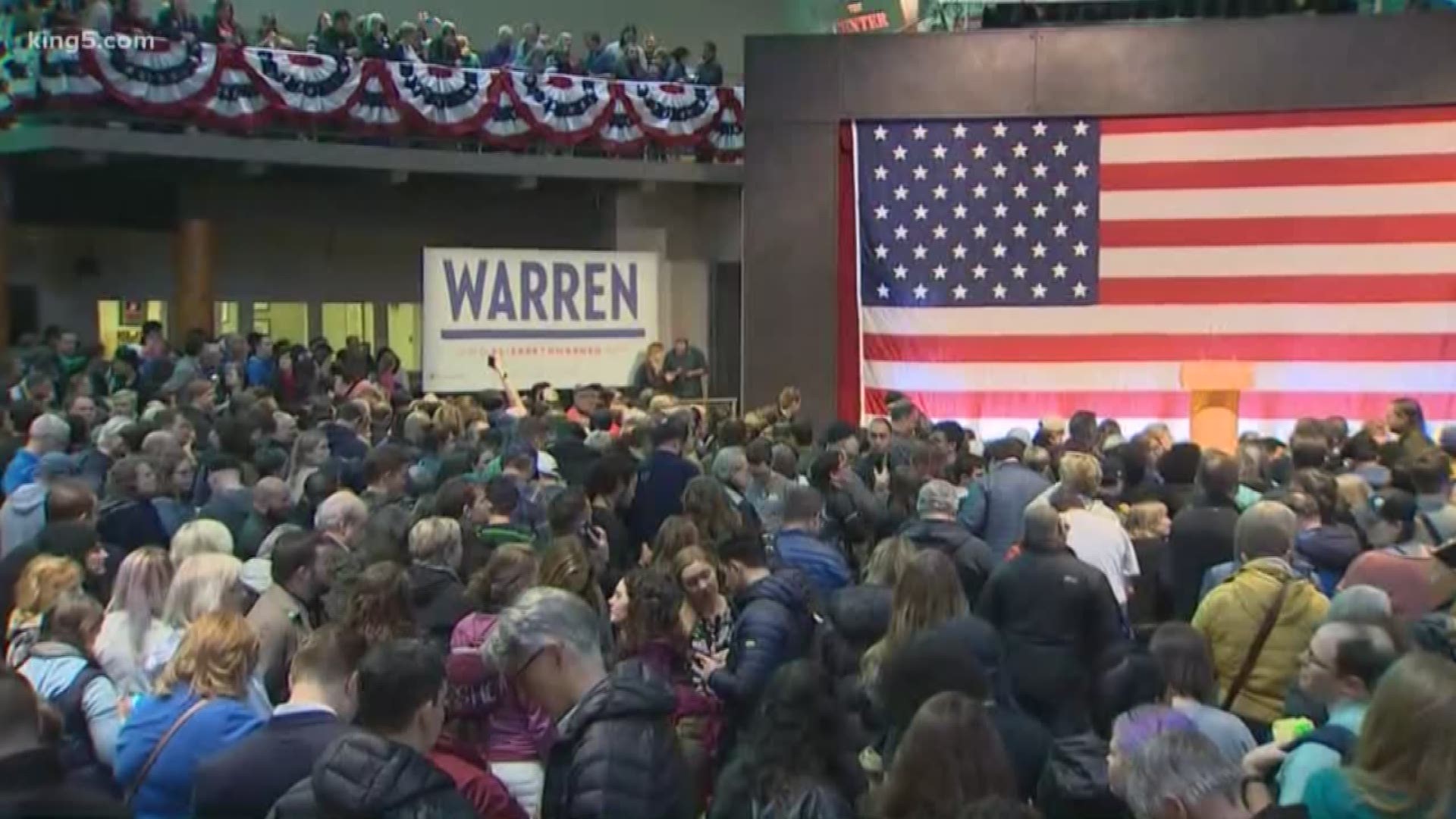