If the legislation is passed by the House and Governor Northam, Lee-Jackson Day will no longer be a state holiday. Election day will take its place. 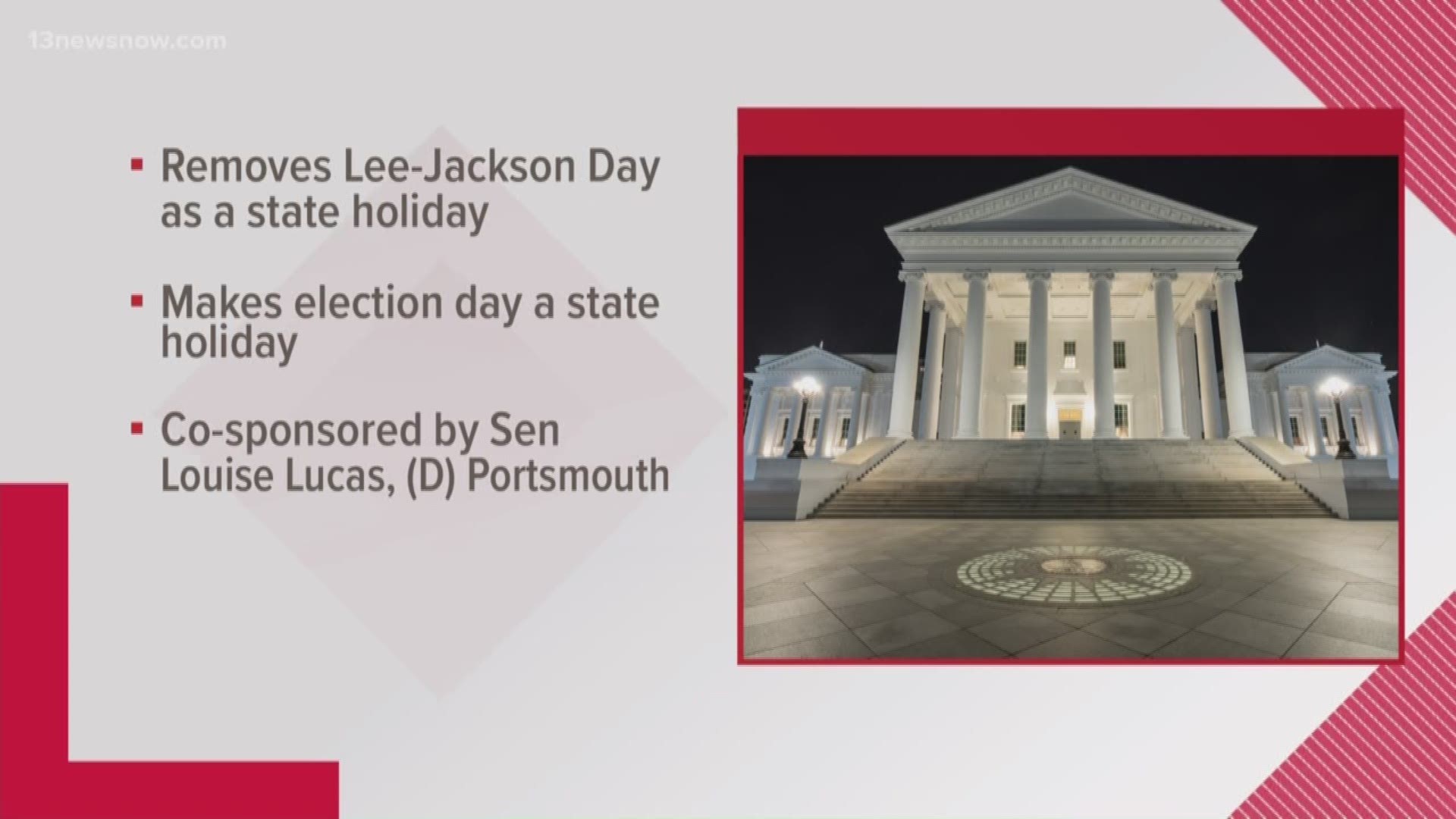 RICHMOND, Va. — Several days after the holiday, the Virginia Senate passed a bill that would remove Lee-Jackson Day as a state holiday. If fully passed, the legislation would replace the statewide holiday with Election Day in November.

The origins of Lee-Jackson Day date back over 100 years. The Virginia General Assembly designated Confederate General Robert E. Lee's birthday as a holiday back in 1890, according to the Richmond-Times Dispatch.

RELATED: The origins of Lee-Jackson Day in Virginia

In 1904, the Assembly made the holiday Lee-Jackson Day, to honor another Confederate general, Thomas "Stonewall" Jackson.

In 2000, those two celebrations were separated.

If passed by the House of Delegates and Governor Ralph Northam, the bill would create a holiday on the Tuesday after the first Monday in November as a state holiday.

View the full legislation below: