DC Central Kitchen has played a pivotal role in fighting food insecurity in the District of Columbia. 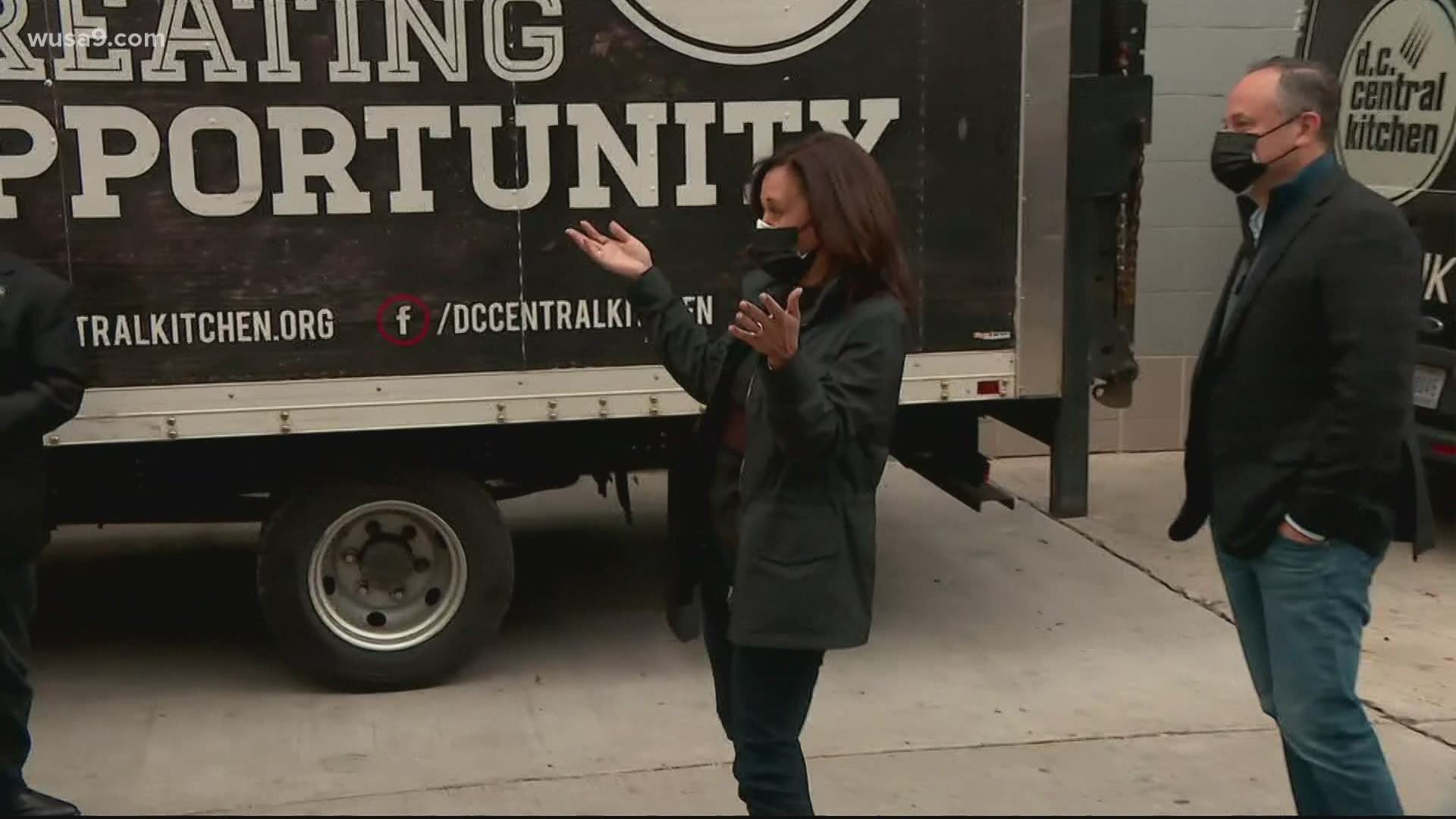 Vice President-Elect Kamala Harris and her husband, Doug Emhoff, stopped by DC Central Kitchen in Northwest D.C. to say thank you to its workers. The community kitchen has worked around the clock to provide meals to locals in food insecure situations throughout the pandemic.

“Food is the tool that we use to strengthen bodies and power minds and build communities,” DC Central Kitchen CEO Michael Curtin said.

RELATED: $7M of federal money is going to help food banks in Virginia. Here's how

Curtin said one out of every three kids in D.C. are food insecure. Harris told the nonprofit she was well aware of its work in the community to fight that problem.

“I’ve been hearing about your work and your leadership and your courage and the gift that you are giving the community and our country and so I wanted to come by in this season of Thanksgiving to thank you all,” she said.

Curtin said the DC Central Kitchen had a big goal during Harris’ visit: to leave her with a lasting impression.

Earlier today @DouglasEmhoff and I visited @dcck with @chefjoseandres to thank the staff and volunteers for their hard work during this Thanksgiving season to feed those who are hungry. Hurting families must be made a priority and given the relief they deserve. pic.twitter.com/9uUCH7OI5S

Harris told the kitchen’s workers, in response, that they had definitely made an impact.

“You’re role models,” she said. “You’re showing what can be done”

RELATED: LIST: Here’s where you can get a free Thanksgiving meal or food box in the DMV

Emhoff also added in his new role as the country’s first Second Gentleman he plans to focus on the issue of food insecurity.