The Trump administration is working on an executive order to change how federal buildings are designed. 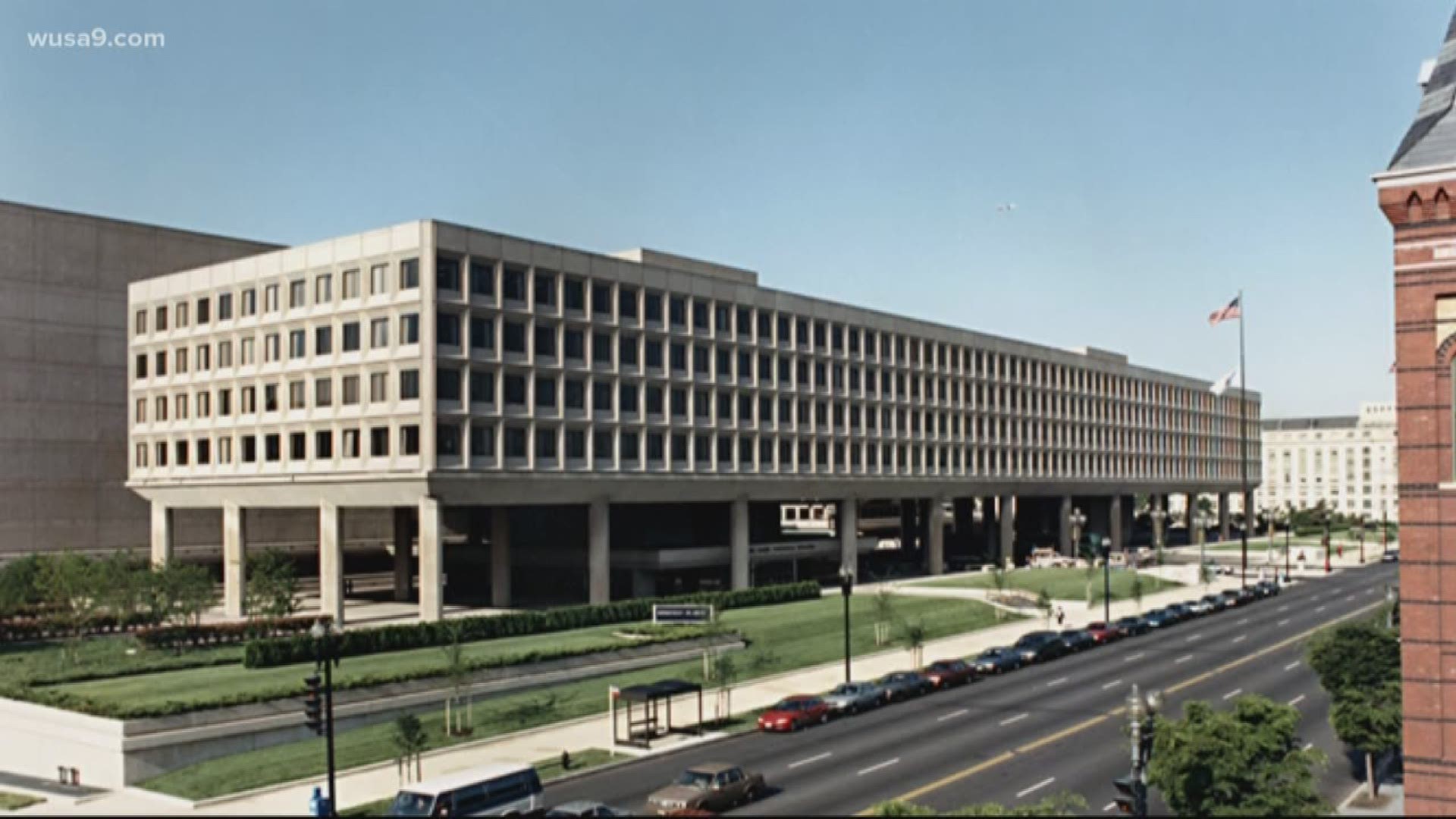 WASHINGTON, D.C., USA — Is D.C. an ugly city? President Trump seems to think at least some of the Federal buildings are.

The Trump administration is working on an executive order to change how federal buildings are designed.

According to the Architectural Record, the Trump administration calls the order: “Make Federal Buildings Beautiful Again.”

It's an order that would force the federal contractors to make all new buildings in a single style--classical architecture.  The idea would be to model it after Ancient Greece and Ancient Rome. Similar to the style of the original federal buildings in D.C.

If you look at some of the federal buildings created mid-century in D.C., they were designed in the, appropriately named, Brutalist design. As examples look at the Department of Energy buildings or the FBI building.

A view of the J. Edgar Hoover Building, the headquarters for the Federal Bureau of Investigation (FBI), on May 3, 2013 in Washington, DC. The FBI announcement that it would move its headquarters had sparked fierce competion in the Washington DC area.

However, not everyone is on-board with this new potential order. Specifically, architects are unhappy with it. In Op-Eds across the country, architects believe the order itself ruins the spirit of architecture.

These critics believe federal buildings should not have one style imposed on them, no matter what style.

RELATED: Notre Dame Cathedral not saved yet according to renovation leaders