Biden, Warren and Sanders went back and forth on how to pay for and run healthcare. 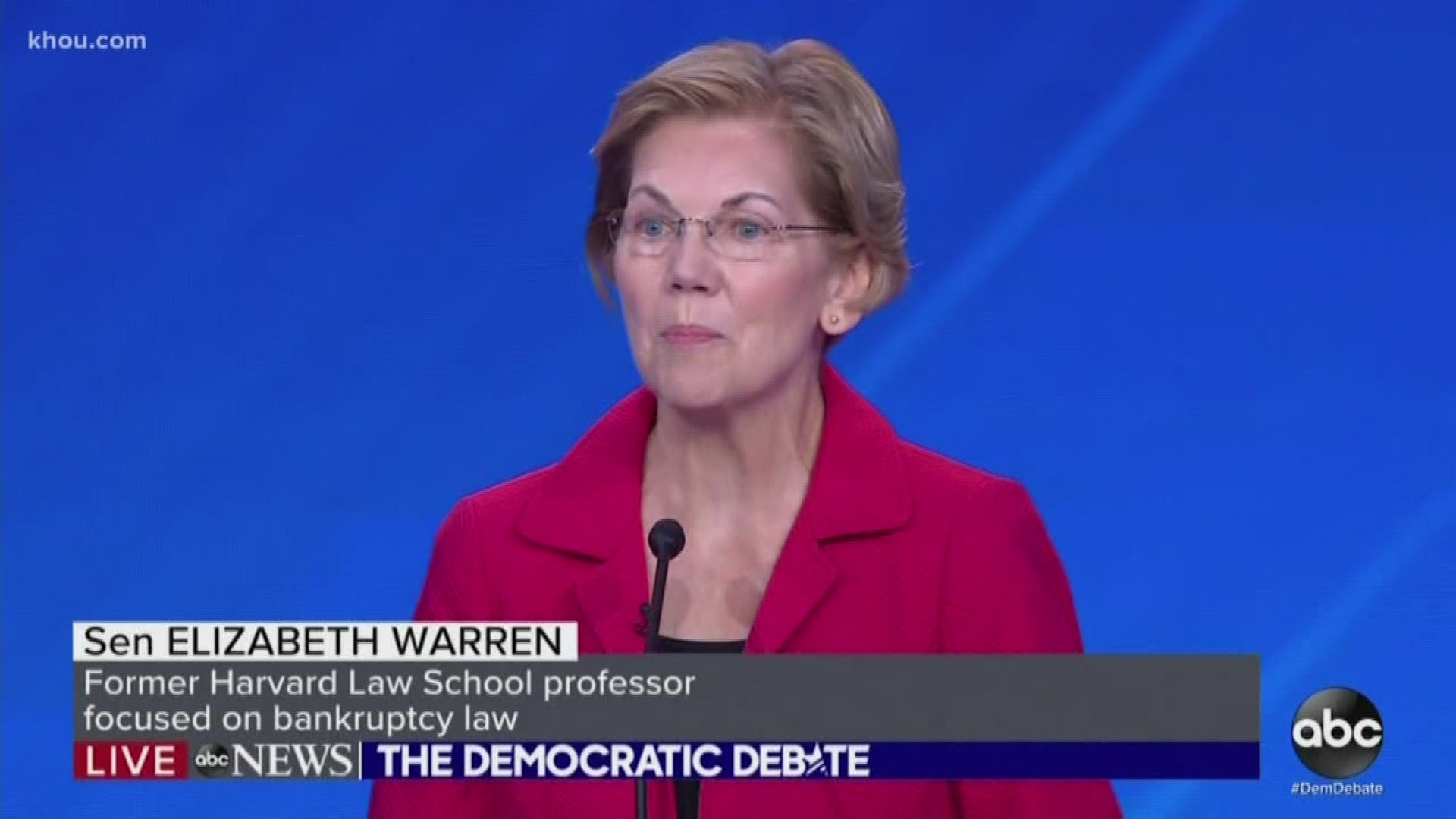 HOUSTON — As the top 10 candidates took the stage, it was Sen. Elizabeth Warren who talked about her ties to Houston.

"I got my big opportunity about a half-mile down the road from here at the University of Houston," Warren said.

But it was entrepreneur Andrew Yang who kicked things off with probably the most progressive idea.

"My campaign will now give a freedom dividend of $1,000 a month for an entire year to 10 American families," Yang said.

RELATED: Which Democratic Presidential candidates are Houstonians donating to?

The first topic healthcare forced the top three candidates into a war of words.

"Thus far, my distinguished friend, the senator on my left, has not indicated how she pays for it," said former Vice President Joe Biden.

"We pay for it, those at the very top, the richest individuals and the biggest corporations, are going to pay more," Warren said.

"I, who wrote the damn bill, if I may say so...intend to eliminate all out-of-pocket expenses, all deductibles, all co-payments," said Sen. Bernie Sanders.

Then the topic turned to Texas, guns and mass shootings.

"They said, 'Well, do you think trump is responsible for what happened?' and I said, 'Well, look, I mean, obviously, he didn't pull the trigger, but he's certainly been tweeting out the ammunition,'" said Sen. Kamala Harris.

While several candidates praised Beto O'Rourke's response to the mass shooting in his hometown, it was him who made the boldest proposal to take away guns.

Then there was immigration. Former Secretary of Housing and Urban Development Julian Castro took on Biden.

The moderators also asked a question about struggling schools and mentioned HISD. Yang said he would give more money to help families and neighborhoods. Warren said money for public schools should stay in public schools.